The Salty Donut's South Congress location is scheduled to open on Friday, Aug. 27. 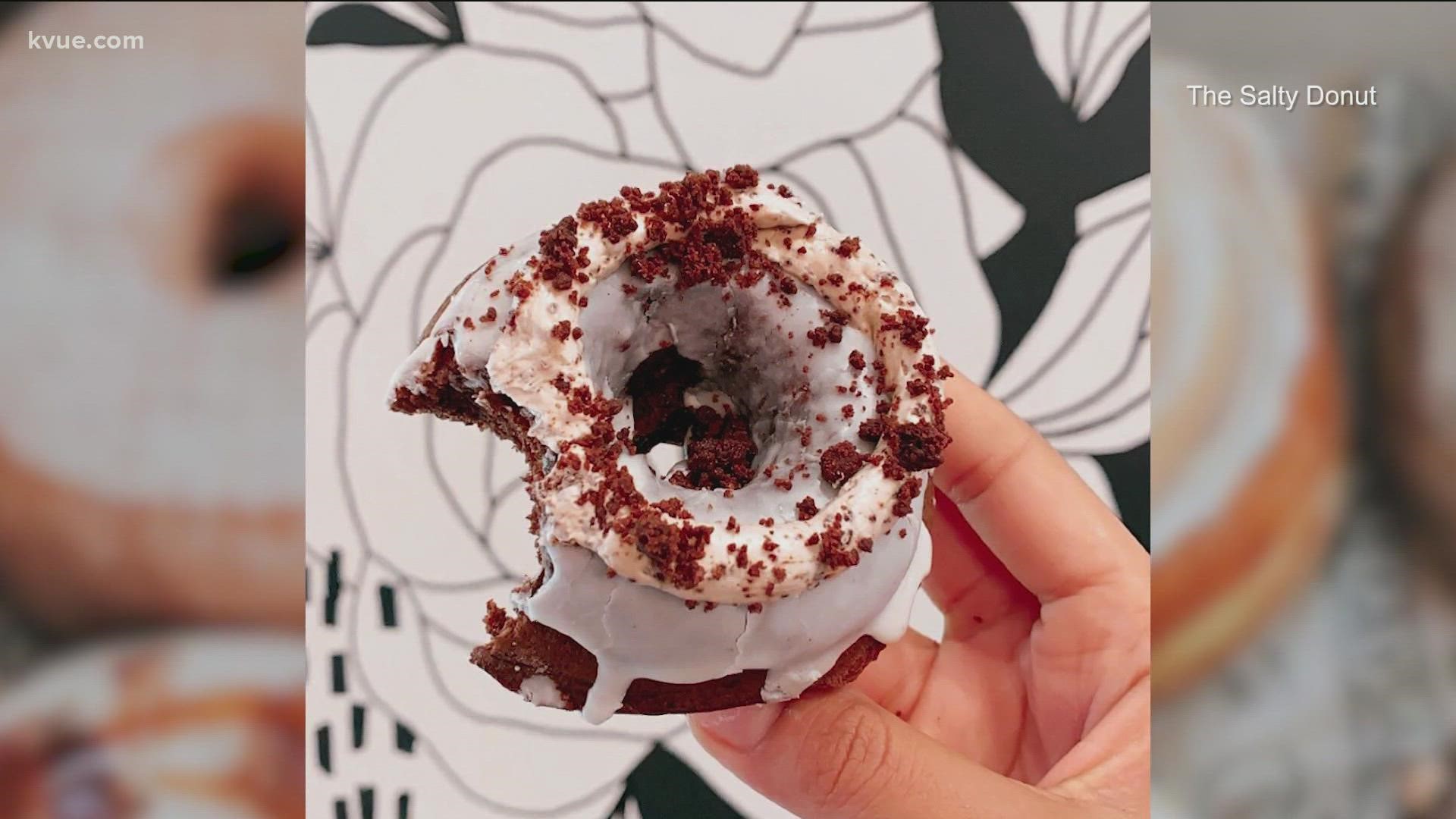 AUSTIN, Texas — A Miami-based doughnut shop is hoping to win over Austinites with some very Texas-influenced flavors.

The Salty Donut will open its new South Congress location on Friday, Aug. 27. It will be the fifth brick-and-mortar location for the brand and the second in Texas.

The year-round doughnut flavors at all locations are traditional glazed, brown butter-and-salt and maple-and-bacon. But the Austin location will also feature some year-round flavors inspired by the Lone Star State, including:

The Austin location will also offer rotating seasonal flavors including a cornflake cereal milk and honey donut, a dragon and passion fruit option, a vegan cocoa and brown sugar blondie flavor, plus coffee cake and tiramisus flavors and a gluten-free blueberry "pancake" doughnut. Learn more about the seasonal flavors.

According to KVUE's media partners at Austin360, The Salty Donut is rewarding its first 50 customers on Friday through Sunday with a swag pack as part of a partnership with Topo Chico.

The shop is also running a "pre-opening lotto" from Aug. 23-26. Austinites who enter have the chance to win a free variety pack of doughnuts. The Salty Donut is choosing 60 random winners each day. Visit the shop's Instagram page for more on how to enter.

Round Rock ISD could change its mask mandate opt-out option