“It pretty much has nothing to do with COVID,” Joe Morales, Brick Oven’s general manager of 31 years, said. “H-E-B is expanding and didn’t renew our lease.” 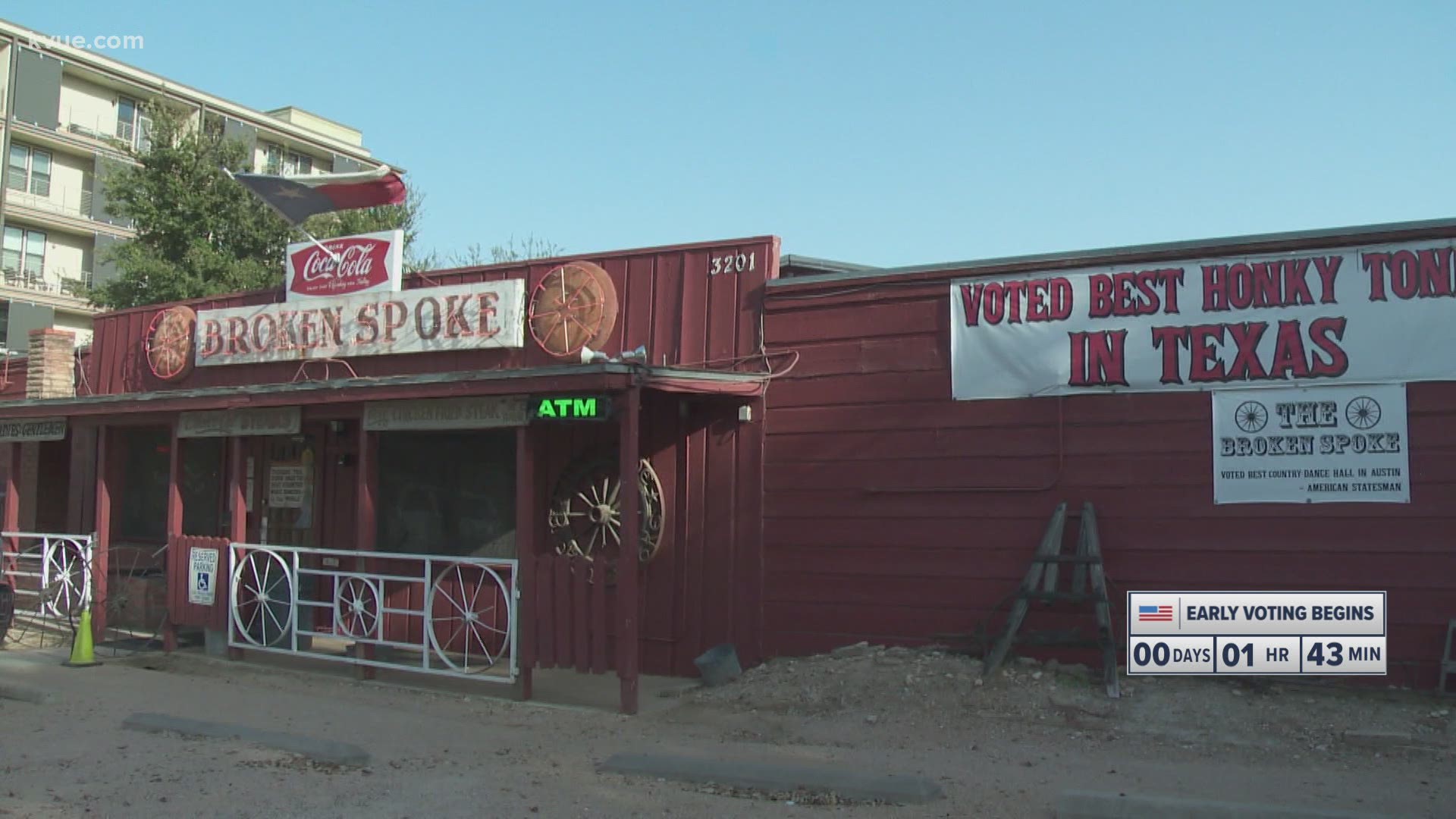 Editor's note: The video published above is a KVUE report about The Broken Spoke reopening as a restaurant.

CULTURE MAP AUSTIN – Another beloved Austin restaurant is closing — but not for the obvious reason. Brick Oven, the homegrown, wood-fired pizza joint that’s been an Austin staple since 1982, is closing its one remaining location at the end of November.

The company has been plagued by the same COVID-19 challenges as every other local restaurant, even having to close its location on Red River Street in March, citing the pandemic and outpacing growth in the surrounding area as insurmountable obstacles. But the closure of Brick Oven’s Arboretum location on Research Boulevard in North Austin is driven by an entirely different circumstance.

“It pretty much has nothing to do with COVID,” Joe Morales, Brick Oven’s general manager of 31 years, tells CultureMap. “H-E-B is expanding and didn’t renew our lease.”

Morales says the Brick Oven owners heard about five months ago that H-E-B might not extend their lease on the Arboretum location, information that was confirmed a month later.

As a longstanding business in the community, Brick Oven is beseeching fans to patronize the Arboretum location as often as possible before its last day on November 30 — and letting pizza devotees know the reason for the situation.

"2020 is the worst," reads Brick Oven’s recent blog post about its closure. "It was impossible to predict that the H-E-B would announce its intention to grow and shutter the businesses in the center, including us. We’re homeless. We’re gutted. We’ve lost our lease.”

H-E-B did not respond to requests for comment regarding expansion plans for its Arboretum store.

Morales says since hearing of Brick Oven’s impending closure, Austinites have been extra supportive. He notes the company could use the increased business as owners Donnie Johnson and Stan and Debbie Adams consider whether they’ll be able to reopen the pizza concept at a different location in the future. Morales encourages Brick Oven fans to follow the biz on social media for updates.

“We’re looking around,” Morales says. “There will be plenty of vacant locations around town to check out. We probably won’t be so big. We’ll probably look for smaller locations. But we’re looking pretty aggressively right now. If we can find something in the next couple months, we’ll get the ball rolling.”

Masks required in Austin through the end of 2020, health officials say