"Call him up! Tell him brewery taprooms are not bars. Be loud! Make your voices heard," the brewery said in its Facebook post. 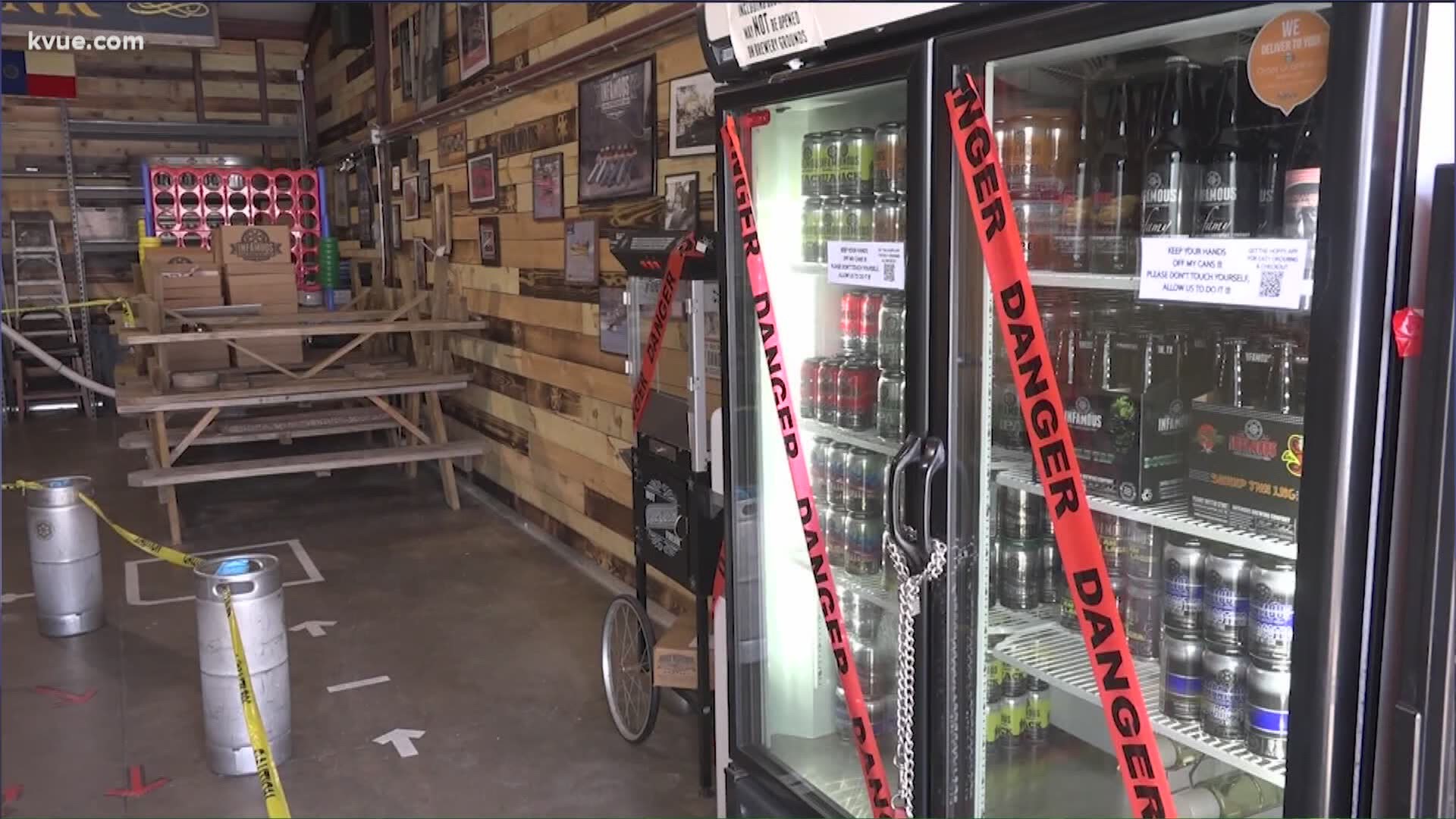 AUSTIN, Texas — "Call him up! Tell him brewery taprooms are not bars."

That's the message an Austin-area brewery has for its customers, prompting people to call the office of Gov. Greg Abbott. Infamous Brewing Company, based out of Hudson Bend, has been printing the phone number for Gov. Abbott's office on its beer cans so Texans will call Abbott's office and "tell him brewery taprooms are not bars."

Austin bars apply to reopen as restaurants; 6th Street business starts to pick back up

The brewery posted photos of the beer cans with printed numbers on them to the company's Facebook page.

As of Aug. 31, the Texas Alcoholic Beverage Commission (TABC) has changed its guidance to allow businesses to use alcohol sales projections or show that they recently had less than 51% alcohol sales in order to apply for a Food and Beverage Certificate. If granted, the businesses could then reopen as restaurants.

Bars and breweries making more than 51% of its sales from alcohol must stay closed due to the governor's orders.

Co-founder Josh Horowitz told the San Antonio Current in an interview that he had been in contact with other brewers and said they've all called and emailed Abbott.

According to Horowitz's interview with the San Antonio Current, his brewery and other Texas brewers decided to band together to demand the governor make new rules of separate guidelines for breweries and wineries, as opposed to holding them to the rules created to regulate 51% establishments that sell hard liquor.

“Typically, a bar is a place that buys all of their goods from a distributor,” Horowitz told the Current. “I’m not buying my beer and reselling it. I’m making all of this beer here. To be stopped in my tracks because we’re a 51% establishment, it makes no sense.”

The brewery told KVUE it has not opened the taproom inside, but customers are allowed to sit outside in a commons area at socially-distanced tables.