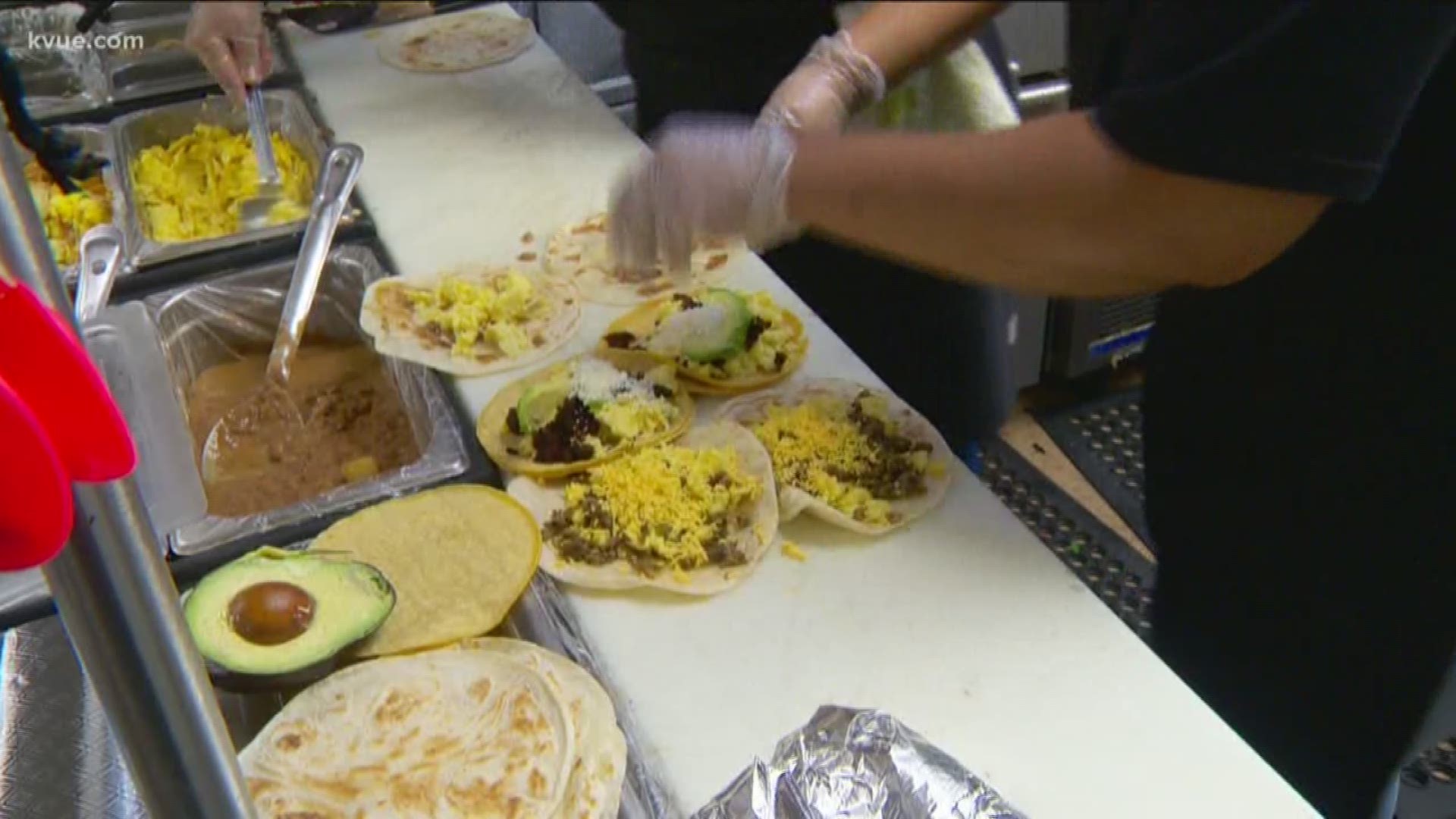 AUSTIN, Texas — SXSW is upon us!

But, before you head out into the madness and fun of the festival, it's important to fuel yourself – and in Austin, what better way to do that than indulge in some tacos?

We've made choosing where to go easy for you. Here's a guide to 10 of the best taco restaurants that got their starts here in Austin – one for every day of SXSW.

The owners of Veracruz All Natural, sisters Reyna and Maritza Vazquez, have been in the Austin taco business since 2006. They pride themselves on creating authentic Mexican food with fresh, natural ingredients. They have locations in Mueller, East Austin, North Austin, South Austin and Round Rock – and you can also find their tacos at Fleet, Juan Pelota Cafe and Nearby Coffee Co.

Fresa's Chicken al Carbon offers a modern twist on a classic, chicken al carbon, focusing on wood-grilled meats and veggies and homemade tortillas. They pride themselves on being "the ideal choice for sharing with friends and family," and they have locations at Ninth and Lamar and South First.

Looking for a taco spot you can just waltz up to? Las Trancas Taco Stand is located on E. Cesar Chavez Street, calls itself "el lugar del buen sabor" or "the place of good taste" and offers 10 different kinds of tacos ranging from barbacoa (brisket) to lengua (tongue).

One of the oldest stops on our list and arguably the most eclectic, Maria's Taco X-press has been helping "Keep Austin Weird" since 1996. For the full experience, stop by Maria's, located on South Lamar, on Sunday for "Hippie Church."

One Taco, which opened its first trailer in Austin 10 years ago, prides itself on replicating "the tacos and environment [they] experienced growing up in Mexico." They have brick-and-mortar locations on Anderson Lane and Research Boulevard, plus a food truck at Little Woodrow's on West Sixth Street.

Word around the KVUE newsroom is that Papalote Taco House is a no-frills taco shop that serves "REAL MEXICAN TACOS," with the Cecina taco coming highly recommended. Papalote has locations on South Congress, South Lamar and Research.

Tacodeli has been part of the Austin taco world for 20 years. They pride themselves on being "farm to taco," sourcing from 23 Texas farms and ranches. They have locations on Spyglass Drive, North Lamar Boulevard and South Capital of Texas Highway, plus two more on Burnet Road.

Taco Shack has been feeding Central Texans since 1996. They say their mission is to give customers a "new view of the fast food experience," by taking fast food to the next level. Try any one of their nine locations in the Austin area.

If you're looking for choices, Tyson's Tacos, located on Airport Boulevard, boasts 29 different tacos on its menu. Plus, you can build your own with a minimum of two items and a maximum of four.

With its 15 locations in the Austin area and even more throughout Texas, Colorado, Arkansas and Oklahoma, Austin-born Torchy's Tacos makes sense as a last stop when you're headed back home after the fest ends. Like Tyson's, Torchy's has tons of options to choose from – including March's "Taco of the Month," the Roscoe.

Keep Austin cheesy: The best places to get queso in ATX