In an objection filed, state leaders tasked with overseeing the system stated strides they have made to improve were overlooked in the Monitor's Report. 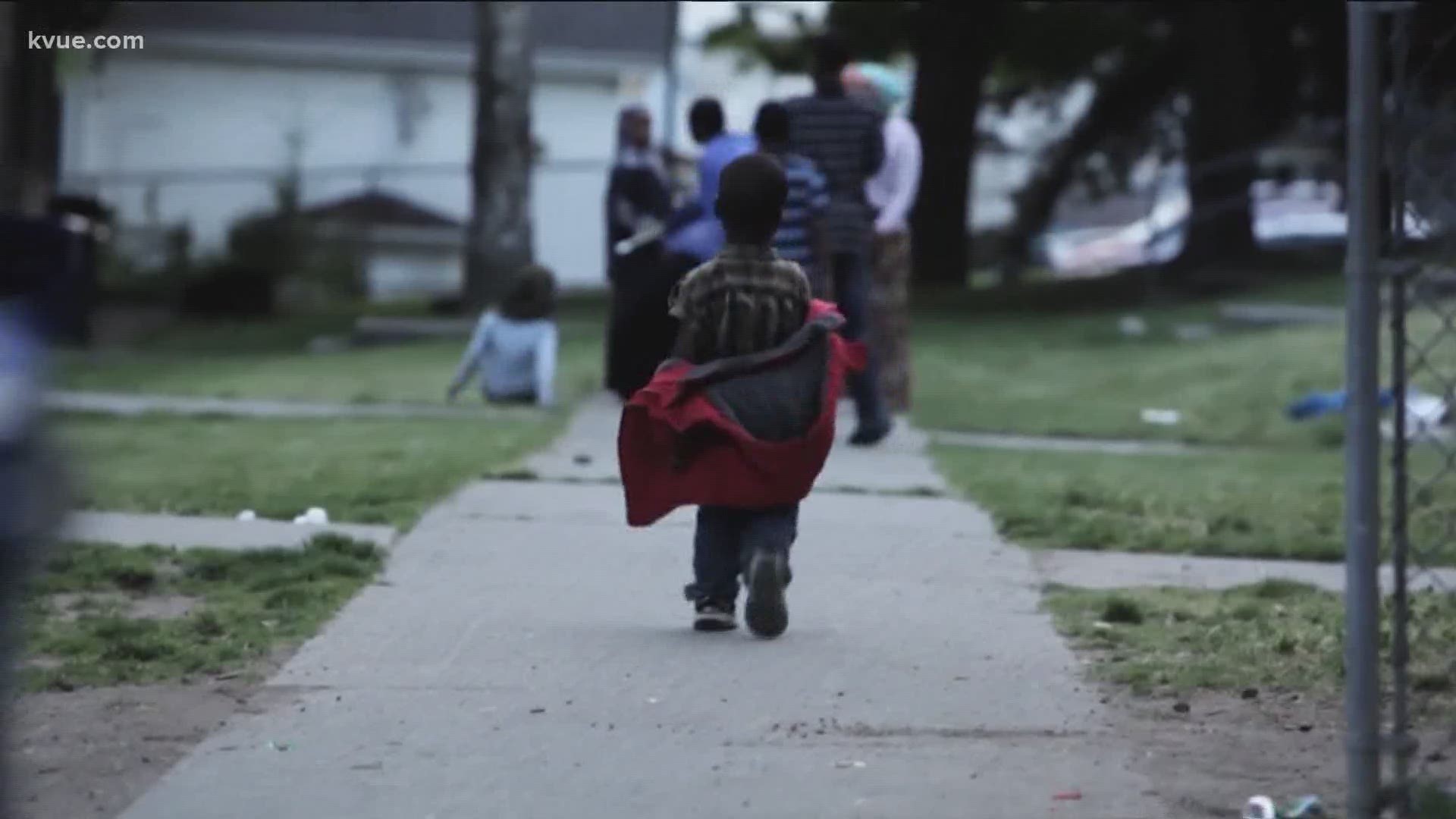 AUSTIN, Texas — In an ongoing legal battle between Texas foster care leaders and lawyers for children in the system, the question looms: Is the State putting in enough effort to protect children under their care?

According to a contempt motion filed against the State in early July after a report came out detailing the failures putting children at risk for unreasonable harm, the answer was no.

However, state leaders tasked with overseeing the system did not agree, and quickly fired back with an objection.

This week, they expanded on that objection, filing an opposition that details what strides they have made to improve the issues in the system in order to keep children safe, and why the court should drop the contempt motion against them altogether. 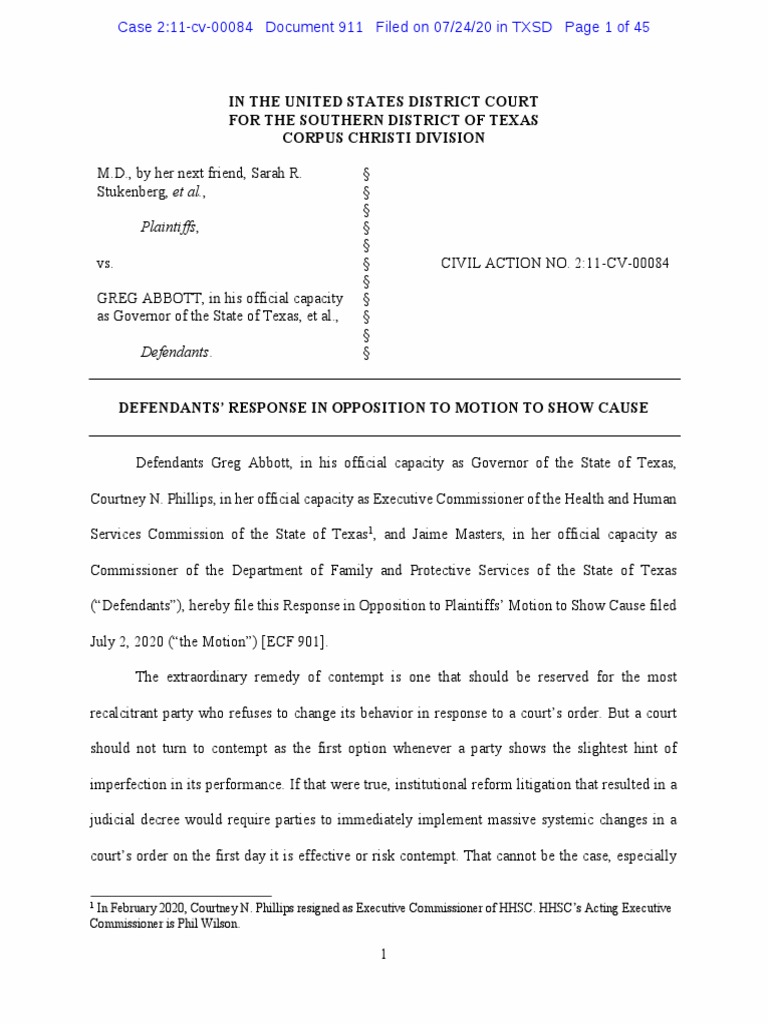 Federal monitors who investigated the progress of the system found the State was falling short in keeping children safe for reasons like leaving them in dangerous places, overworking caseworkers, allowing investigations to back up or slip through the cracks and allowing departments to communicate ineffectively with one another (The Department of Family and Protective Services (DFPS) and the Health and Human Services Commission (HHSC).

While the system has multiple issues it still needs to address, in order to hold the State in contempt, state leaders involved in the lawsuit said there needs to be evidence that they have refused to change their behavior in response to the Court's remedial orders put in place in 2018.

"A court should not turn to contempt as the first option whenever a party shows the slightest hint of imperfection in performance," according to the State's "Opposition to Show Cause" filed on Friday, July 24.

Since they are taking "reasonable efforts" to improve, Texas Gov. Greg Abbott, along with the commissioners of DFPS and HHSC, claim they are taking efforts to comply, and the sole reason for this contempt order is based on one report.

The State listed multiple reasons why they oppose the contempt order.

During the investigation led by federal monitors, the individuals tasked with monitoring the State's progress, they found that several of the state intake reports of abuse and neglect were slipping through the cracks, meaning any of the concerns for the children in those reports would go unaddressed or delayed.

During this time frame, DFPS said they improved training for investigating abuse and neglect that would result in addressing reports more promptly, they have increased staff who carry cases by 51% since September 2017 and they decreased their backlogs and caseworkers' caseloads significantly.

"The report’s application of an unreasonably restrictive sample fails to acknowledge or account for the ample evidence that DFPS acted in good faith and with great diligence in ensuring the intake screening process is sound, including taking proactive steps to make it even more effective," the opposition stated.

Jamie McCormick, the vice president of public affairs for Texas Alliance of Child and Family Services (TACFS) said fixing the issues brought to light by the report needs to be the priority, and hoped the ongoing legal battle would not take away from that.

"We support the goals of the report. We just want to make sure, or we hope anyway, that any resources that might go towards fines or penalties would not come out of direct care for kids or families," McCormick said.

However, she also recognized the efforts the State has taken over the years to improve.

"I think there has been some incredible systemic improvements that have been made over the last few years that I'm not sure are always highlighted," McCormick said.

The 45-page opposition report detailed numerous other instances where the monitors did not acknowledge the State's attempts to provide them with relevant information or put actions in place to improve the issues in question.

DFPS and HHSC leaders felt they were scrutinized under unreasonable and untimely expectations placed on them.

At one point in the report, the monitors pointed out that the lack of oversight within the HHSC led residential care centers (RCC) to remain licensed despite reports and violations against them concerning abuse and neglect.

This included not consistently or effectively gathering a RCC's extensive history of compliance with licensing regulations.

However, according to the opposition filed, HHSC policy nor the remedial order the monitors were basing their remarks on required that history for investigations, so it was unfair to discredit them based on that.

When the court clarified their requirements in October 2019, it did not give the HHSC time to make complete policy changes and train the staff, according to the opposition filed, which the department has started implementing since then.

Both the HHSC and DFPS also noted they were in the process of improving their communication systems, prior to the report coming out.

The opposition filing addressed multiple other issues they found with the report and contempt motion:

As foster care leaders and the Court continue to figure out the best way forward together, McCormick said the community can step up to help by supporting those nonprofits.