Rosa, 17, and Anthony, 14, have not spent much time together since entering foster care when they were young. They hope a family will finally bring them together. 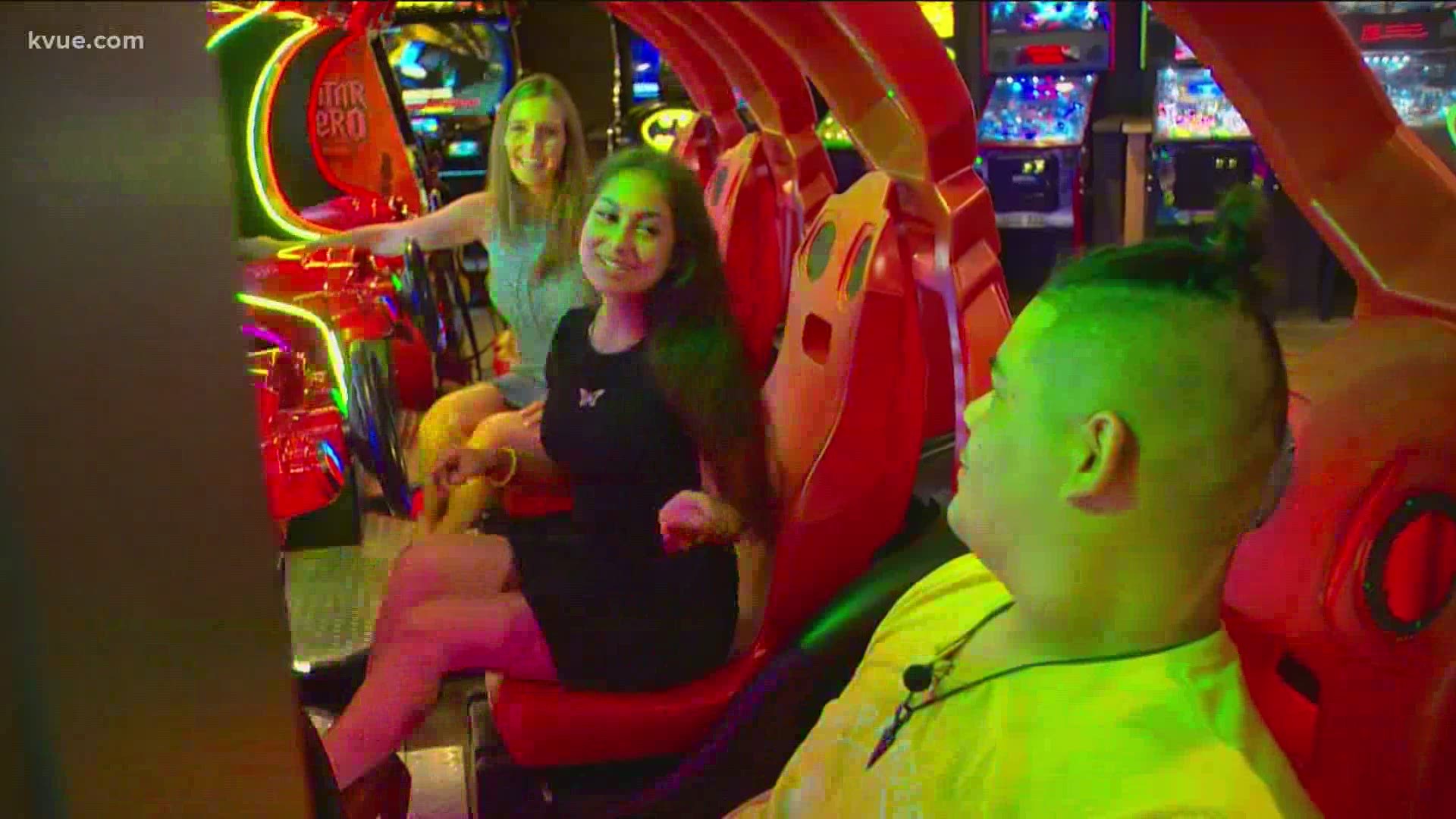 AUSTIN, Texas — A day at the arcade calls for intense competition, especially when two siblings are put in the same room. That's exactly what happened for Rosa and Anthony at Cidercade in Central Austin.

Rosa, 17, who is three years older than Anthony, could not let her little brother win. But, she admits, he is super athletic and good at video games. Those two skills combined helped him bring the heat.

Yet, at the end of the day, the two were a power team, especially against KVUE's Tori Larned. They put her skills to the test!

They are also on the same team when it comes to finding a family to adopt them.

1 / 13
Heart Gallery
Rosa and Anthony are siblings in Central Texas who are looking for a forever family. KVUE's Tori Larned took them to Cidercade Austin to show off their sibling rivalry.

Whether they are playing at the arcade or doing anything else, they always bring the best out of each other.

"I like her attitude," Anthony, 14, said about his sister.

"He is friendly. Like growing up, I would only have friends because he would introduce me to people," Rosa said.

While they love doing things together, since entering foster care in December 2019, they do not see as much of each other as they would like, they said.

They each have their own interests, too.

Credit: Heart Gallery
Rosa and Anthony are siblings in Central Texas who are looking for a forever family. KVUE's Tori Larned took them to Cidercade Austin to show off their sibling rivalry.

Rosa loves skateboarding and drawing. She is thinking about going to college and studying forensic science.

Meanwhile, Anthony has a little way to go before he is done with school. In the meantime, he likes playing sports and video games with friends.

Credit: Heart Gallery
Rosa and Anthony are siblings in Central Texas who are looking for a forever family. KVUE's Tori Larned took them to Cidercade Austin to show off their sibling rivalry.

He is already thinking about his plans for when he graduates. He wants to join the military or become a welder or mechanic.

As they tackle all of this, they both want a loving and caring family by their side.

Rosa is months away from aging out of the foster care system. While she has a vision for her life, she hopes a family adopts them so she has someone to lean on during the ups and downs of her life.

Can't adopt but want to help? Here's how you can foster or mentor a child in Central Texas

More importantly, Rosa just wants Anthony to grow up with a family.

Their caseworker said the two are genuine people and a joy to be around.

"Anthony and Rosa are so incredibly resilient. Rosa is so smart and motivated to go to college and has such an optimistic outlook for her future and what she wants. Anthony is so in touch with his feelings and really connects with people when he gets to know them," said Rebecca Salam, a CPS caseworker.

Rosa and Anthony would do well together in a home with one parent who has a large support network, or two parents. They are both open and interested in having additional siblings, especially if they share similar interests. A family pet would be a bonus! Rosa and Anthony would thrive in a home that encourages them in their separate passions and extracurricular activities, while also giving them the opportunity to enjoy each other's company.

To learn more about Anthony and Rosa or to put in an inquiry to adopt them, visit their page on the Heart Gallery of Central Texas.