These Central Texas siblings are closer than ever despite living apart. Now they're looking for their forever family

Foster care separated Sable from her younger siblings, Jojo and Promise. But she hopes a forever family can bring them together again. 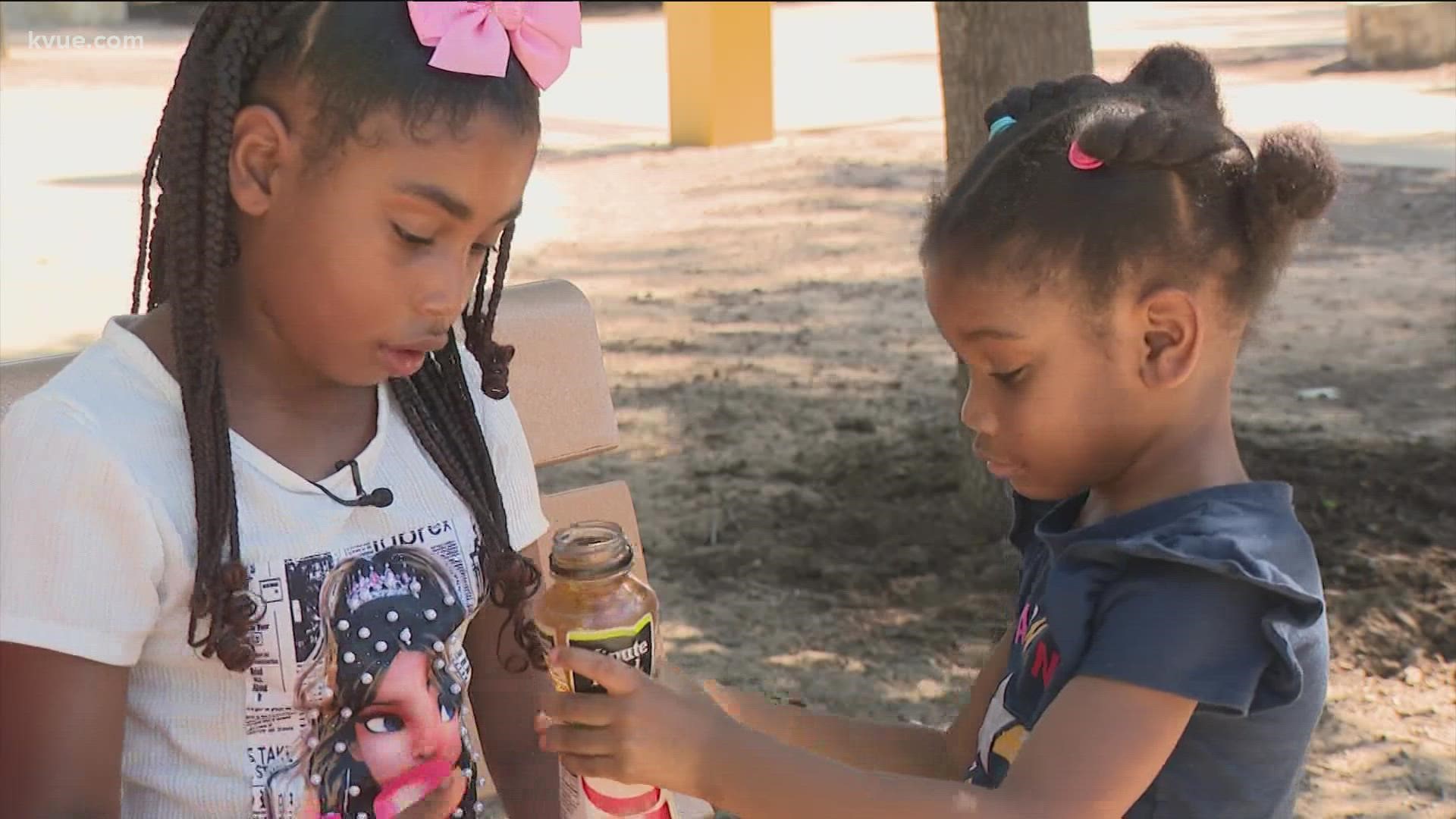 Sable-Ann, Joseph and Promise are all in the Texas foster care system, which has separated Sable from her siblings.

You would never guess it by the smiles on their faces and the love in their young hearts, but they hope someday a family brings them all together again.

KVUE got to know the trio during a visit to Play For All Park in Round Rock.

Sable, 7, is a quiet and easy-going little girl and calm by nature. She loves exploring the outdoors, especially swimming, and she considers herself an expert little fish.

If it is not clear from her outfit during our trip, her favorite color is pink. She also has an artistic side, whether she is singing or dancing to Michael Jackson. Sable also loves to learn, so school is her jam.

"I can do everything. I like lunch, recess, homework," Sable said.

When Sable is with her siblings, she loves being the older sister and taking care of them.

Joseph, who likes going by Jojo, is second in line. The 5-year-old is a natural explorer, so he made his way through the activity-filled park quickly! It's clear he is a hands-on learner, as he played with the musical instruments and the tractor claw. Just like his sister, he also loves swimming.

While he is outnumbered by his sisters, that doesn’t slow him down. He loves being the trickster of the bunch.

Best of all, Jojo likes doing things for others, especially his sisters.

Promise, the bubbly and happy 3-year-old, full of life and curiosity, is the youngest of the bunch.

This youngster has a lot of energy, which she burns by dancing and singing – just like her big sister. While she also loves the outdoors, one of her favorite things is playing dress-up. She especially loves dressing up as Disney princesses.

Promise loves snuggles and quality time and is just waiting for a loving family to give her that. She's looking forward to learning everything the world has to offer her.

The relationship these three have with one another has truly blossomed over the last couple of years. They enjoy spending lots of quality time together and are constantly working to improve their sibling relationship.

Sable, Jojo and Promise just want a family to adopt them so they can all be together again with loving, structured and caring parents. All three children also love animals, especially dogs, so they would be happy in a home with pets.

To learn more about Sable-Ann, Joseph and Promise, or to put in an inquiry to adopt them, visit their page on the Heart Gallery of Central Texas.