In our Forever Families special, we're giving you the opportunity to meet local children as they tell their stories. 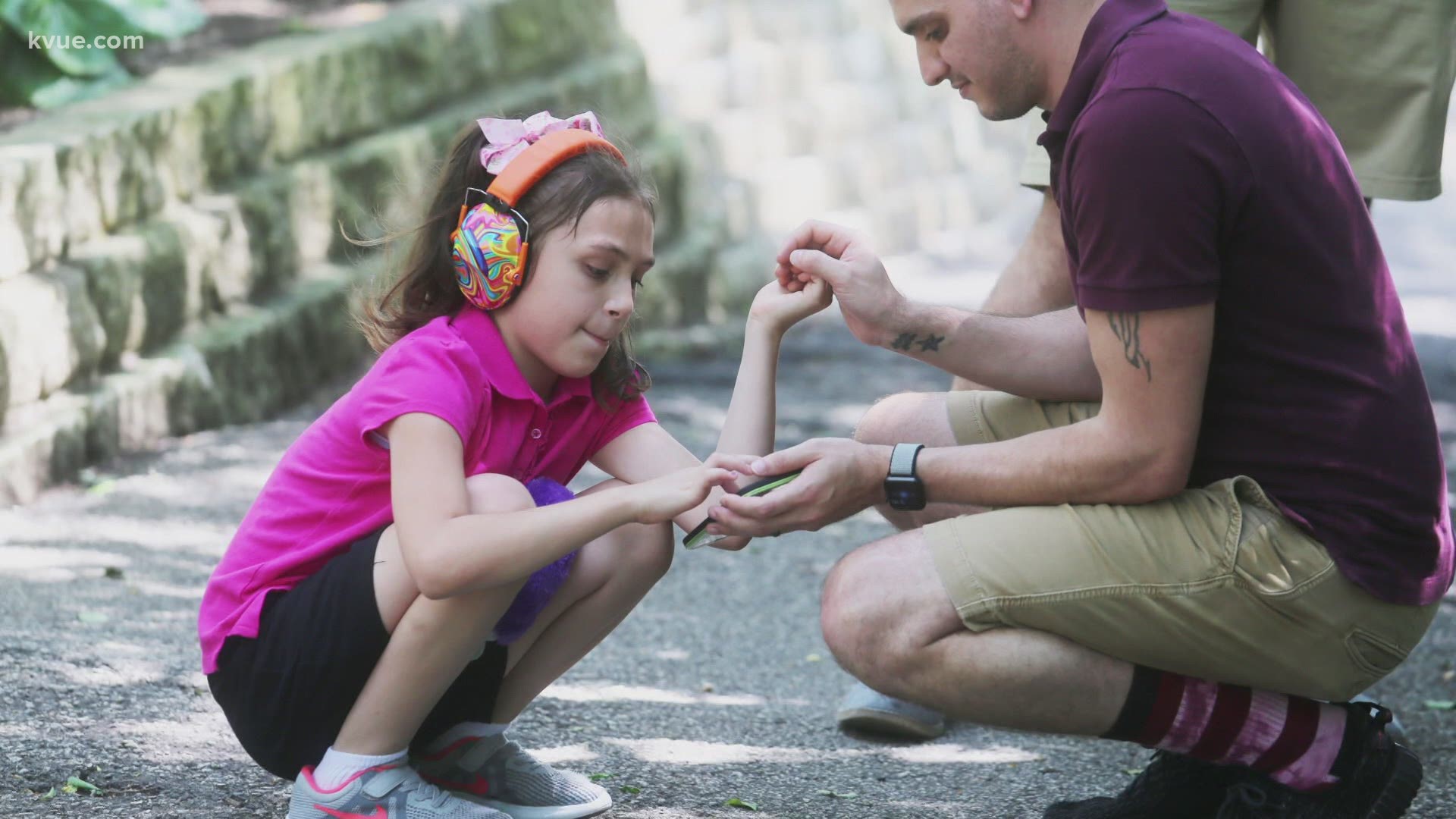 AUSTIN, Texas — Every day, nearly 1,000 children in Central Texas are looking and hoping for a place to call home.

First up, we have the very first kid KVUE met through the Heart Gallery, AJ. He’s 13 years old, incredibly intelligent and athletic. We got to hang with him at Tumble Tech in February before the coronavirus pandemic changed everything as we know it.

He has dreams in life, and with his smarts, athleticism, hard work and drive, he is well on his way to reaching them.

The one thing he does not have is a family to call his own, not yet anyway. When asked about what he is looking for in a family, his answer was quite simple:

"For someone who cares about me," he said.

If you would like to learn more about AJ and adoption, visit his page on the Central Texas Heart Gallery website.

KVUE interviewed Logan in July. He’s got a big heart and a love for country music, so it felt only fitting to bring in one of his favorite artists.

It is not every day Logan dresses up in a suit and tie, but the 16-year-old wanted to show Texans what he is all about in hopes he finds a family to call his own.

The upbeat and kind boy typically likes to spend his time outside playing with friends or riding horses in the country, one of his favorite places to be.

He would fit in well with a family who is kind and supportive.

"Mainly I'm looking for people who care and have an understanding of what I can do and where I have been," he said.

Logan described himself as fun, caring and easygoing, but anyone who meets him would see those qualities shine within minutes.

His favorite country singer, Jack Ingram, can attest to that. He joined in on the interview to help families get to know Logan.

To learn more about Logan or put in an inquiry about adopting him, visit his page on the Heart Gallery of Central Texas.

Every year, Travis County celebrates several children who say yes to their forever families. It’s called National Adoption Day and it happens in November as part of a National Adoption Month. KVUE spoke with one family who adopted a sibling pair last year about what this means to them.

The Bruce family is made up of parents Dean and Alissa, and their three biological children.

They first welcomed Tra'von, 14, into their homes last year. Knowing they did not want to separate siblings, shortly after, his 4-year-old sister Riley joined them.

Tra'von, 14, jumped between four foster homes growing up before landing in his current home with the Bruce family. Despite having an immediate connection with them, uncertainty and a wall always followed him.

Both Tra'von and Riley were in the Heart Gallery during their time in foster care.

She is 12 years old and full of personality. She sings and likes to dance. She even makes up her own dances too.

KVUE asked her why she likes singing and dancing.

"It brings back memories with other people I danced with," Kanzes said, adding that she dances almost every day.

Kanzes told KVUE she's more on the quiet side and likes to stay to herself.

When she grows up, she wants to be a veterinarian. She loves snakes especially.

To learn more about Kanzes or send an inquiry about adopting her, visit her page on the Heart Gallery of Central Texas.

Next up we have Matthew, a superhero who’s ready to use his powers to find a home.

Matthew B. has always wanted to be a Ninja Turtle, and with his kind heart, agility and turtle shell, he is well on his way to being one.

"They like fighting crimes and they like solving mysteries and they are trying to stay in the shadows because they are turtles," Matthew said.

Yet, unlike these hidden superheroes, Matthew wants to step out of the shadows, hoping someday soon a family will finally see him.

"I want a nice family. Outgoing. Supportive," he said.

The 9-year-old loves spending time outside, either playing soccer or creating his own obstacle courses. He said he loves meeting new people so he can make them smile.

When he isn't scrambling around to burn his energy, Matthew likes stimulating his mind. He loves school because of math class, but in his free time, he bundles up in a book.

To learn more about Matthew or send an inquiry to adopt, visit his page on the Heart Gallery of Central Texas.

KVUE wants to show you what happens when children finally fid their place to call home. Meet the Wangerin family.

For years, Lucas and Jonathan Wangerin wanted to start a family but weren't sure which avenue was best for them.

"It was either going to be surrogacy which was really expensive or just finding a kid that needed a home," said Lucas Wangerin.

Jonathan's niece, Lily, was already a part of their picture before they considered adopting her. Circumstances separated Lily from her mother, also Jonathan's sister, but how she fits into the Wangerin's picture was not so clear at first.

They knew their love for her was boundless, but seeing her photograph in the Heart Gallery was the sign they needed to take the plunge and adopt her.

"I finally upgraded from uncle to dad," Jonathan said about her adoption.

Lily is a beautiful and energetic 11-year-old with Autism, but that's why Lucas said Lily, alongside many other children in the Heart Gallery, have trouble getting adopted.

They revisited the Heart Gallery and found Victor, a 12-year-old with autism. They took him into their home, and now he is in the process of getting adopted too.