'He is ready to be where he is going to be': Central Texas boy dreams of getting adopted

In Forever Families, KVUE highlights Erick, a 12-year-old with a passion for excelling in sports and school. 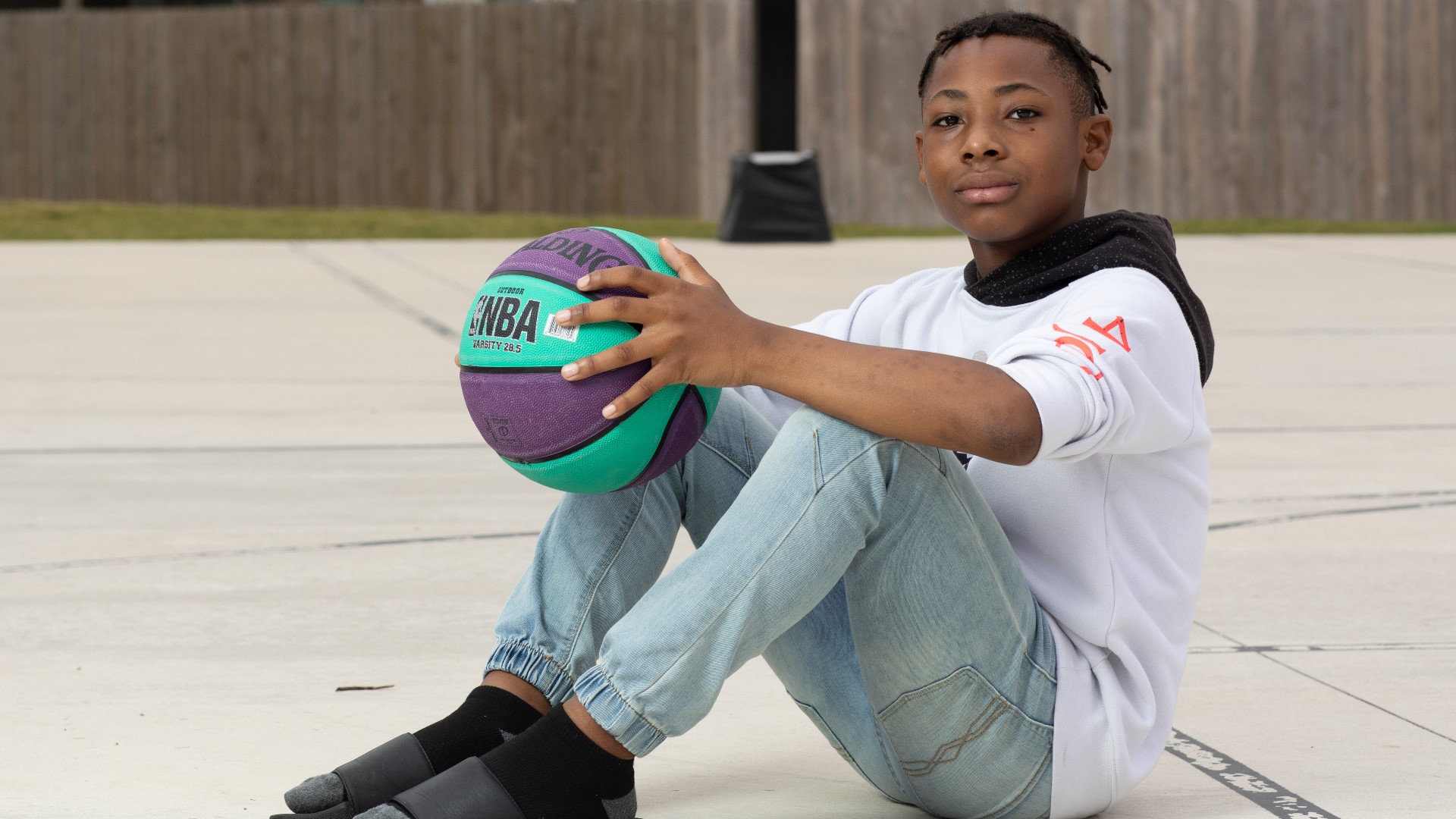 AUSTIN, Texas — When he walks onto the basketball court, Erick feels at home. With the ball in his hand, he dribbles and shoots closer and closer to his dream of being a professional basketball player.

While his mind is clear on the court, it does not lose track of one of his main life goals – finding a family to adopt him and love him forever.

Erick is a sweet, thoughtful, intelligent and athletic 12-year-old boy, with a smile that can fill a room with its warmth.

For the last year, Erick spent his time focusing on basketball, for which he grew a passion.

"Sometimes I just need a challenge so I'll just, like, go play basketball," he said.

However, school is just as important to him, where he is driven to excel.

He also plays on the chess team, participating in tournaments and even earning first place. His competitive nature pushes him to succeed in everything he does.

While Erick is all about sports and schools, he said none of these are the same without his friends by his side.

"I like to be around cool, funny kids, who do the things I like to do," he said.

Erick claims he is the quieter one in his friend group, but do not let that fool you. He loves to ask questions and learn about others.

His current foster mom, Daena Bruce Lee, loves how much Erick and her children play together every day. Erick loves it too.

While it will be hard to see him leave someday, Lee knows he deserves so much more.

"He is very flexible. He has rolled with all those changes but he is ready to be where he is going to be and live with who he is going to grow up with. He's ready for that," she said.

Erick needs a family who will make him feel special and like he has his own unique place in the family.

He will need someone who can participate proactively in his education and make sure he has all the help he needs to stay on track academically and feel his own success.

Most of all though, Erick said his forever family will be one thing.

To learn more about Erick or send an inquiry to adopt, visit his page on the Heart Gallery of Central Texas.

A family of his own: Sweet Central Texas boy waits and hopes to get adopted

'I care about others and I'm a happy person': 16-year-old boy looks for loving family to adopt him