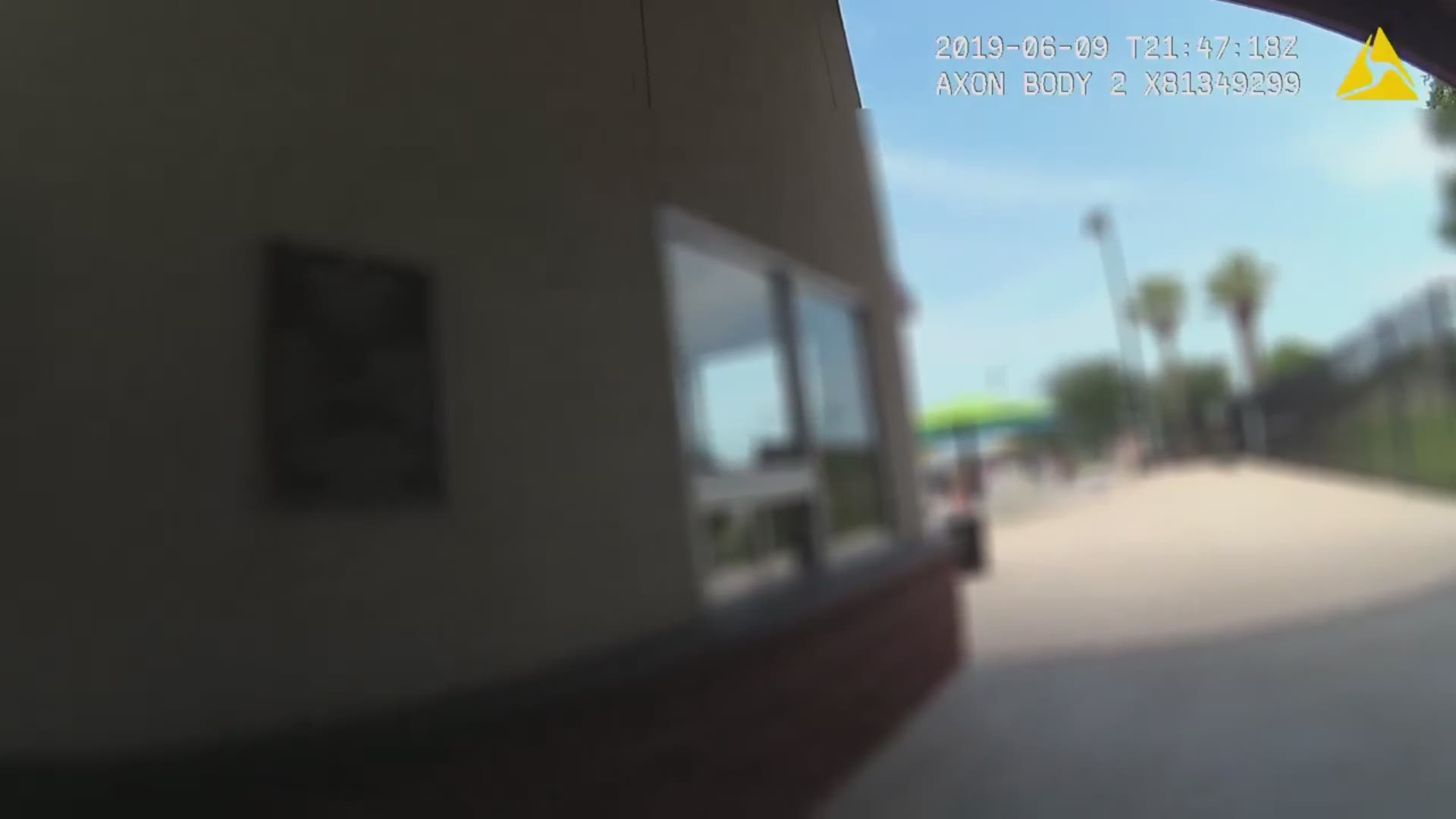 TEXAS CITY, Texas — A Texas City woman said she was hurt and ashamed after being ordered to leave a city pool Sunday for breastfeeding her baby.

Misty Daugereaux said she was nursing her 10-month-old son, Maxx, at the Nessler Family Aquatic Center.

“I had a small slit in my top, so I slid it over so he could nurse,” Daugereaux said.

She said a lifeguard told her she had to stop because it was a public pool.

“Then the manager told me I had to cover up, follow the rules or leave,” Daugereaux posted on her Facebook page.

The manager called police. She and the lifeguard told the officer that Daugereaux had both breasts out and she cussed them out when they told her to cover up.

Daugereaux denied their claims but the officer told her to leave.

"But I don't understand how it's right," Daugereaux told the officer.

"I don't understand either. I don't make the rules," he replied.

Daugereaux said she didn't want to make a scene in front of her young daughter and nephew, so she left in tears.

The officer is later heard on his bodycam telling the manager, "You can't just have your titties out everywhere, I mean I get that you gotta feed your kid, that's all fine and dandy, but go sit under a blanket or something."

“I’m so hurt, embarrassed and ashamed that this is what Texas City stands for,” Daugereaux wrote on Facebook.

After more than 3,000 people commented on her post, a group of moms organized a nurse-in at Nessler Monday to show their support for Daugereaux.

Daugereaux said she's heard from moms as far away as England.

"I've tried to be as discreet as possible whenever it comes to breastfeeding already. I understand views and people's opinions," Daugereaux said Monday. "But not to the point where you get kicked out of a public space because you decide to feed your child."

“We apologize to Misty Daugereaux as it is clear she was offended by how she was treated at our city facility. City policies and procedures will be reviewed and revised as deemed necessary. Any deficiencies regarding our employee’s actions will be addressed with further training."