BEE CAVE, Texas — More millennials are choosing to get married without the wait and without spending a lot of money.

That trend of spending less on nuptials is reflected in Elope in Austin's booming business.

Elope in Austin is a wedding planning service for couples who want a no-fuss wedding with an affordable price tag. Their wedding packages range from $250 to $5,000 and include options like elopements, "micro weddings" and pop-up weddings wherever the couple wants.

Lorelei Starbuck founded the business, located at Star Hill Ranch in Bee Cave, back in late 2014.

She said they can barely keep up. She also has plans to franchise her business in Los Angeles as they continue to get more and more clients signing up for full packages.

"They are stress-free, very affordable and our saying is, 'All you do is say I do,' and we do all the rest. So when a couple picks a package, all they have to do is show up," Starbuck said. "Our clientele, which generally are the millennials, they are more interested in the experience of a wedding. They're not interested in doing all the planning." 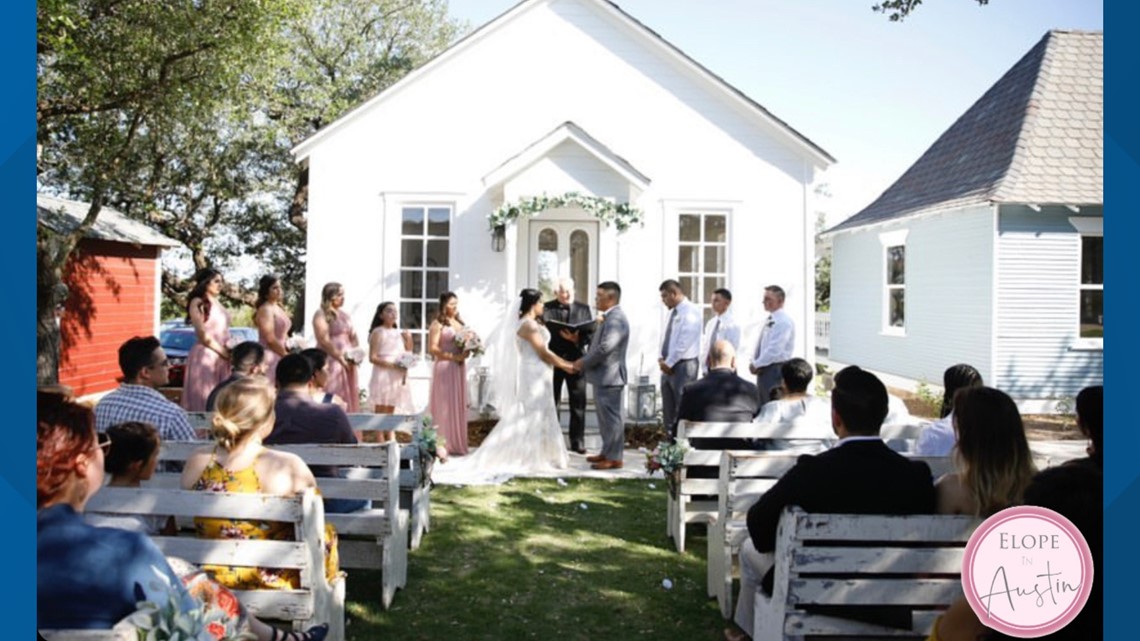 "We hear over and over again, 'Oh, you guys made it so easy, you took all the stress out of it ... that's what we were looking for. That's what we wanted,'" Starbuck said.

Clients do need to obtain their marriage licenses before they can book weddings with Elope in Austin. Doing that takes about three days.

In addition to Little Star Chapel at Star Hill Ranch and their pop-up option, Elope in Austin has three other preferred venues: Victoria's Tea House & Garden in the Merrell House in Round Rock, Chapel Dulcinea in Austin and The Lincoln Chapel at Kindred Oaks in Georgetown.