Lisa Webb suffered a concussion two years ago, impacting her day-to-day life for months. Even though she is still not completely recovered to this day, she has experienced a change in personality that will remain for the rest of her life. 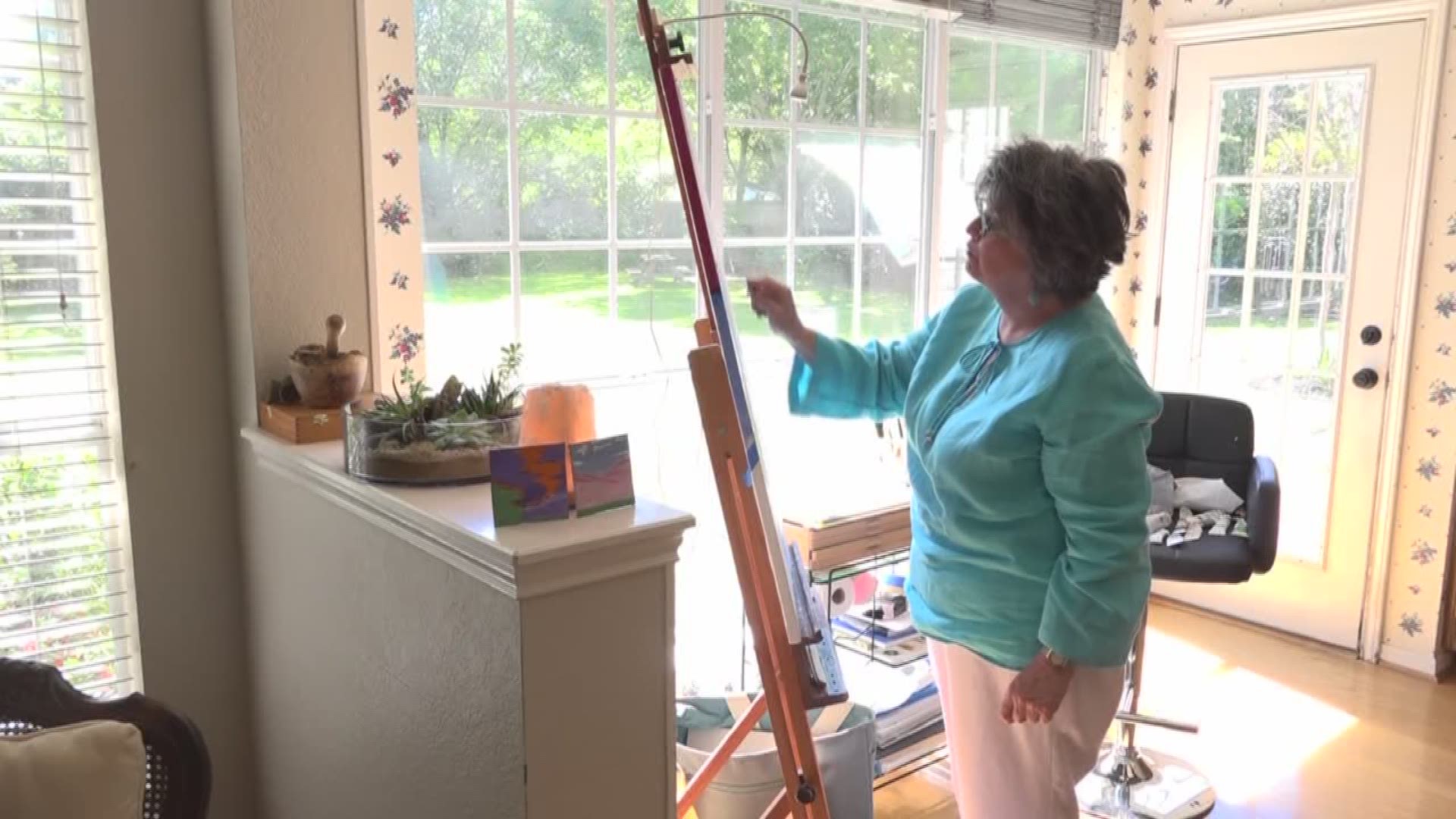 In the United States, someone suffers a traumatic brain injury every 15 seconds, and these injuries don't just happen to people who play sports. Two Austin women have teamed up to provide support and information to the millions who have suffered.

Recovering from a concussion varies greatly from person to person, depending on severity, age and many other factors. Recovery can require a few weeks, maybe months and even possibly years. In some cases, it can change entire aspects of your personality.

Lisa Webb grew up in El Campo, Texas and was someone you would describe as thinking numbers first; she was analytical, methodical and logical.

Webb attending the University of Texas at Austin in 1975 before later working at the Texas Capitol as a Senate messenger. She later worked for the Texas Education Agency and eventually started her own company in the marketing industry. After working in these many different fields, Webb moved to Houston and got her Masters in counseling psychology at the University of Houston.

However, two years ago, while moving the trash bin on the driveway at her mom's house, a slip changed Webb's mind.

"I left the lid open, and it was on a slanted driveway. When I tilted it to roll down the hill, the lid came up and caught my rubber shoes. The momentum was unstoppable, and it literally flipped me into the air. I landed on this part of my head on the concrete driveway," said Webb, referring to the left side of her forehead.

Webb suffered a concussion, which severely affected her for months afterwards. She had to deal with nausea, dizziness and sensitivity to certain environments with too much light or sound.

"I was really sick, and all I wanted to do was just be in a quiet, dark setting," Webb said. "My brain felt like it was up here. It didn't feel like it was in my head any longer."

Unable to drive anymore or take care of many of her day-to-day responsibilities, Webb hired Alisha Ball to help her with these tasks. Ball knew Webb from past business endeavors, and she said she could clearly see a difference in personality.

"When I first met her, seeing what a go getter she was and then seeing her in February of 2015, it was just a complete 180," Ball said. "She lost a lot of that. She was just really incapacitated."

Left with disjointed thoughts, Webb said she woke up one morning and gained something unexpected.

"I see these incredible abstract visions and I'm like, 'Whoa, what is that?'" Webb said. "Then it slid away like a slideshow. And another one just comes up like it's doing a presentation."

This bizarre vision inspired Webb to run downstairs and try to draw what she just experienced.

"I jumped up, started sketching and tried to create what it looked like," Webb said. "I had never done art or had an art class in my life."

This business-driven woman suddenly became obsessed with art -- she had changed.

"People need to understand a concussion changes your brain," Webb said. "For me, now what I really want to do is just paint, paint, paint. I'm still having to adjust being a new person. You're actually grieving who you were because you're becoming a different person."

Webb is also not alone as many concussion survivors can start to see things in new light. Jan Ford Mustin, a psychologist and neuropsychologist at the Peak Performance Institute in Austin, said this change in personality isn't as crazy as it sounds.

"If a part of the brain is removed or injured -- specifically the anterior temporal lobe -- there can be a window of artistic ability that opens," Mustin said. "The brain must accommodate to its experiences with the environment in order to function. It is not actually at all rare to see personality change with traumatic brain injuries.

Mustin sees neurotherapy as something that can help people going through these types of changes.

"People who used to be called psychologists now are often called neuropsychologists because the brain is giving us that extra clue as to what is happening in the personality and in the intellectual functioning," Mustin said.

Once Webb started to get closer to fully recovered, she decided to team up with Ball to create a website and business.

"In helping Lisa recover, we decided that we wanted to create a site to give back to people," Ball said. "From survivors to survivors."

During this recovery process for Webb, Ball actually came to a different conclusion about herself.

"Within about a year into working with her, I discovered that I had a concussion," Ball said.

Ball was in a car accident while she was attending St. Edward's University about two years ago. At the time, she was told she was doing fine and that she was simply having some migraines. However, while helping Webb, Ball noticed she had almost all of the main symptoms for a concussion at the time.

"Today, I know I was misdiagnosed," Ball said. "It's just scary to think about."

With both of their experiences, these two decided to create concussionsurvival.com to provide a place for people to go to for information on how to recover from a concussion and hear from others about their stories.

"We wanted to blend the literature that is out there in the academic arena with survivor experience," Ball said. "We are trying to get this information out to as many people as possible."

Webb said when she was first started her recovery process, there were almost too many resources out there to help with her issues. She said this website can hopefully allow people to come to one place for all their needs.

"They can just go to our website and find everything they need to know," Webb said. "Here is what to expect, what can happen, how you're going to feel and what the family needs to know and how to support this person through the process."