'It still fits!' | Veteran gets back long lost army helmet for Christmas

Rick Gilmore didn't give his helmet a second thought when he came home from Germany in 1974, but then a stranger from Ohio found it. 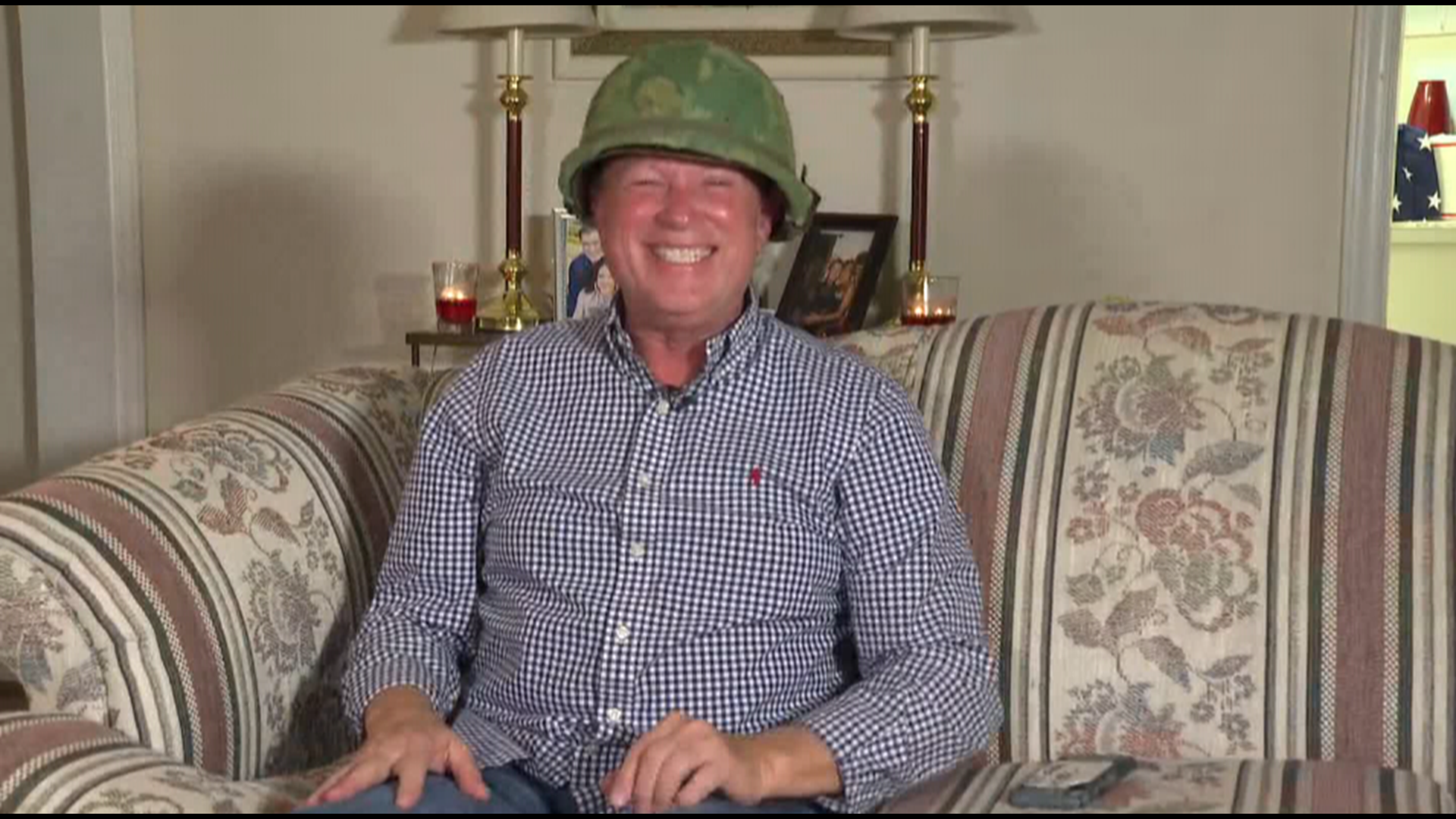 BURLINGTON, N.C. — Christmas came early for a Triad veteran this year. A total stranger contacted him, saying he has his old army helmet from the 1970s.

Rick Gilmore was drafted in 1972. He was a sophomore at East Carolina University. Gilmore was one of the last people drafted. He says he's the last person ever drafted from Orange County.

Gilmore was stationed in Germany, guarding missiles. He came home two years later in November 1974. He dropped off his helmet and headed back to college at ECU.

Gilmore never gave the helmet another thought until just a few weeks ago.

A military hardware collector from outside Dayton, Ohio found Gilmore on Facebook. He sent him a message saying he had Gilmore's helmet.

In disbelief, Gilmore asked the man to send him a picture. A photo showed Gilmore's name written in his own handwriting on the helmet's liner. There was no doubt the helmet was his.

Gilmore asked the collector what it would take to get the helmet back. The collector simply said 'send me your address.'

Gilmore says he plans to keep the helmet as a family heirloom, passing the priceless gift on from generation to generation.

"It's divine intervention or something," Gilmore says, "It's almost like a Christmas miracle to me."

Gilmore says he already travels to Dayton, Ohio twice a year. He says he plans to meet the collector and thank him in person for the most wonderful gift he's ever received.

After 7 years at a repair shop, veteran asks for help with his classic car