Tinslee Lewis, 11 months, has been on life-sustaining machines for the majority of her life, but Cook Children's doctors say treatment is now causing the baby pain 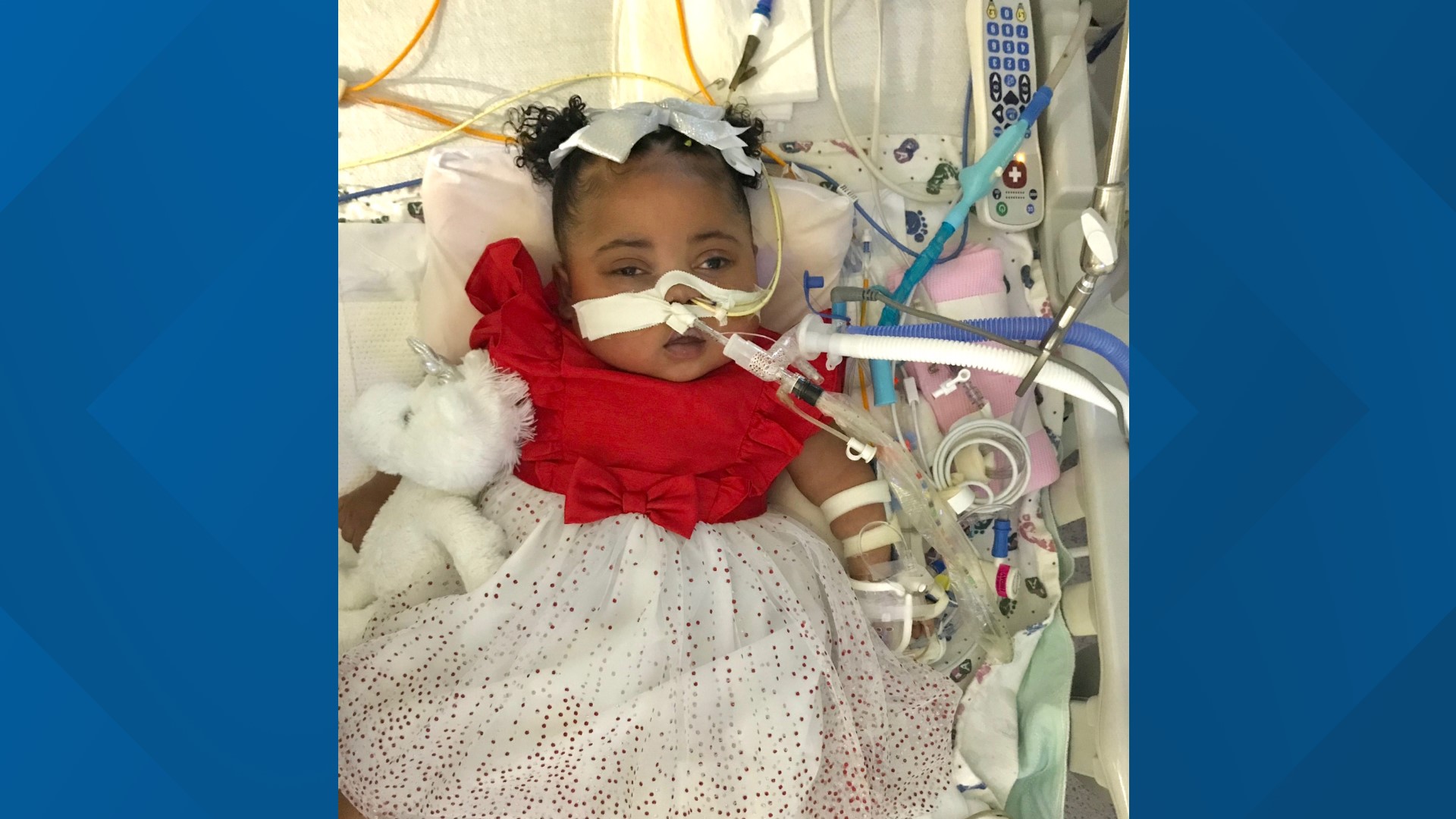 FORT WORTH, Texas — In a Christmas Day photo, you can see 11-month-old Tinslee Lewis, dressed up in a red and white holiday outfit, hooked up to machines so she can eat and breathe; her lung and heart issues require it.

But her mother Trinity Lewis maintains her daughter is doing well, all things considered.

"She's not just asleep," Lewis said during a Monday news conference. "She acknowledges that we’re there. When you come into the room, you touch her, you talk to her, she knows that we’re there, yeah."

Doctors at Cook Children's Medical Center say the situation is much more dire than that assessment. The medical team considers her situation terminal.

The hospital told Tinslee's family in October that medical care was hurting her, not helping her, and with no viable medical options left at the hospital, they'd be taking her off life-sustaining treatment 10 days from that point.

That began a long court process that seemed to end last week when Judge Sandee Marion denied an injunction to keep Tinslee alive and gave the family seven days to find another place to take Tinslee or the hospital would remove her from life support.

Attorney Joe Nixon appealed that decision immediately, and later that week, the Fort Worth Court of Appeals said the family's fight to keep Tinslee on life support can continue to play out.

"That means the court said this: Cook [Children's] must maintain life-sustaining care under the statute until the court has determined the appeal or further order of the court," Nixon said. "Which means there’s no countdown clock anymore."

The family wants to transfer Tinslee from Cook Children's, but has yet to find a medical institution that will accept her.

"As far as available options and other facilities, I would just say there’ve been a lot of complicating factors," said Hannah Mehta of Protect TX Fragile Kids. She would not comment on how many declines the family has received.

And now, the Lewis family revoked Cook Children's ability to speak about the baby's condition.

"This remains an emotional and difficult situation for everyone involved. Cook Children’s medical team remains committed to caring for every patient and family we serve," the hospital said in a statement.

Last week, before that revocation, the hospital spokeswoman Wini King said this:

"Her condition is irreversible and it is terminal... Tinslee is suffering every day and she’s in pain with everything we do to keep her alive."

"My fear is them pulling the plug on her without me not having—basically me not being able to make a decision for her," Trinity Lewis said Monday.

As we approach Tinslee's first birthday, the fight over her life remains a concern of the court.