"Squirrels of UT" is expected out sometime in June. 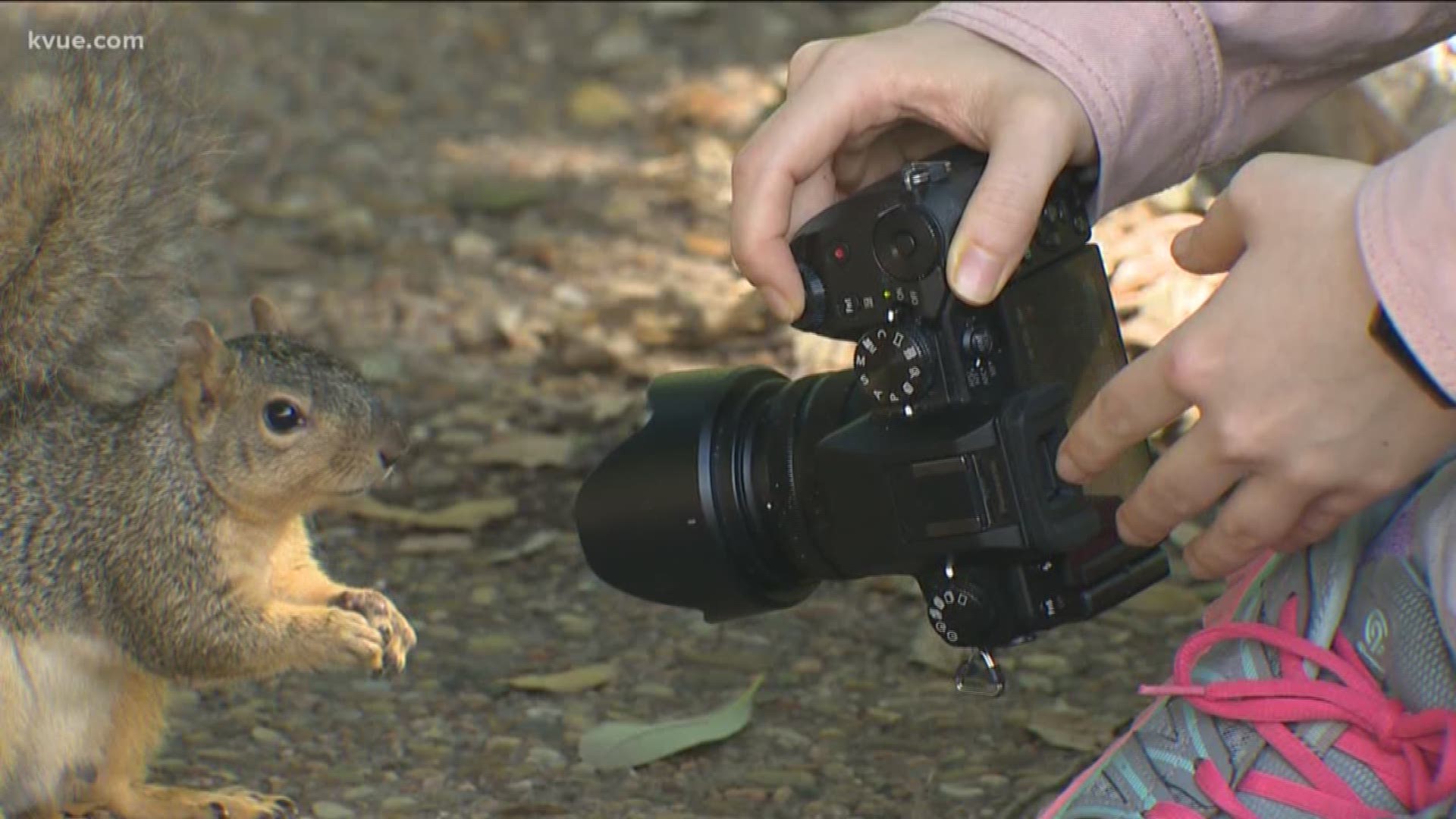 AUSTIN, Texas — Twenty-one-year-old Marie Romano may have a slight obsession. She loves squirrels.

The graphic designer knows everything about them. She knows what noises to make to call them.

"So they'll respond to this little tongue clacking," she explained as she also showed me.

It worked as Berry, a female squirrel, made her way to Romano for peanuts.

Romano said she named Berry after their first meeting.

"She had a bunch of stained berries on her face," she said.

RELATED: Austin Wildlife Rescue to help up to 2,000 baby animals this springtime

Romano's love for squirrels began when she attended UT in 2014. She noticed them during lunch and started naming them, which, at times, proved challenging.

"There's actually two Sunflowers and I didn't realize this until seeing them this many times, and I don't want to give up either of their names. There's Sunflower 1 and there's Sunflower 2," Romano said.

When she started sharing the squirrel pictures online, everyone else started loving them too.

"That's how it all started. People really responded positively to it. Oh I love this," she said.

RELATED: These photos of giant, multi-colored squirrels are stunning

Romano took it one step further, designing a yearbook called "Squirrels of UT."

"It just so happens that Marie is a Squirrel whisper."

Alex Carroll calls his girlfriend the Squirrel Whisperer. He remembers when she came up with the yearbook idea.

The yearbook has more than 200 UT squirrels, all with caps and gowns on.

There's a salutatorian named Arty, which means there's a valedictorian. Her name is Elle and her major is philosophy.

"Because it's a yearbook, I wanted to make it as much as an actual yearbook as possible so I made squirrel classes like acornology. There's tree-climbing; there's geology, gardening," Romano said.

It's coming out in June, reminding current and former students of the furry little critters of our times on the UT campus.

The yearbook costs $25. You can order it on SquirrelsofUT.com.