Kim Hall said she was initially given approval for a leave of absence, but supervisor later changed mind. 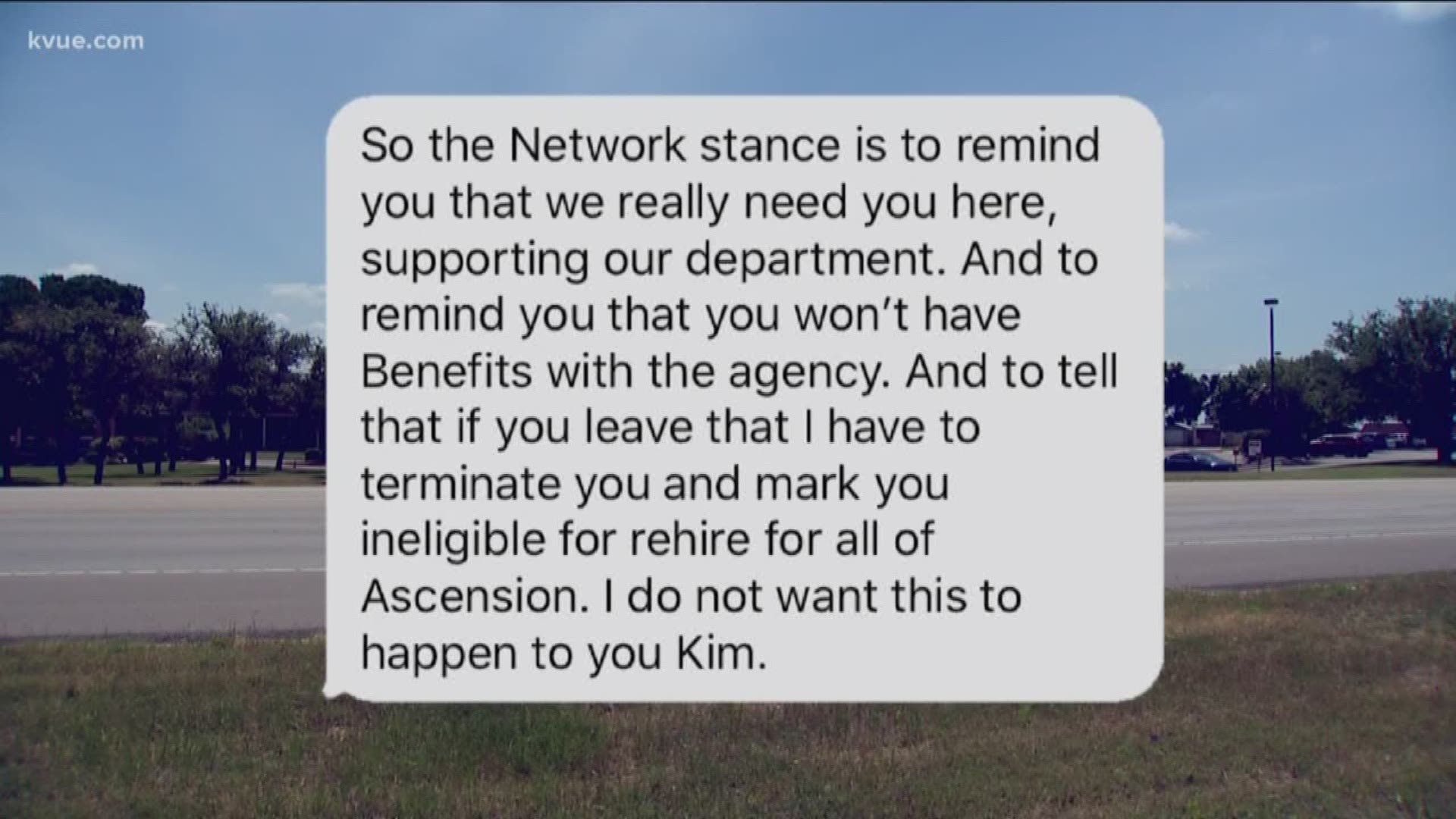 BURNET COUNTY, Texas — KVUE recently told you about Tricia Anderson, an Austin-area nurse, who was fired from Ascension Seton on 38th Street after she traveled to New York to care for COVID-19 patients.

When Kim Hall heard her story, she reached out to KVUE because she said that's exactly what happened to her.

Except Hall said her supervisor initially approved her leave of absence.

That's where Deborah Priester, the 750th COVID-19 patient at that facility, was discharged.

The Brooklyn teacher was grateful.

"The staff is phenomenal. Thank you very much, staff. Thank you for being professional staff, caring and loving," Priester said.

That was in April when New York Gov. Andrew Cuomo called Winthrop one of eight COVID-19 hot spots in the state.

It's the reason Hall, a Central Texan, is there in the first place.

"Oh my goodness, when I first got here I had 20 to 30 a night in the ER. Every single patient was a COVID patient," Hall said.

There were so many COVID positive patients that the Long Island hospital had to put up a tent in the back.

The facility only has 511 beds.

That's why the 750th COVID patient release was such a big deal.

"Some nights, I had patient after patient who came in respiratory distress just one after another," Hall said.

Hall said before taking the job, she got her family's support. She said her supervisor approved a leave of absence for her, working as an ER nurse at Ascension Seton Highland Lakes in Burnet.

But after about a week passed, Hall said her supervisor changed her mind before she left.

Hall got a text message, stating if she left, she would be terminated and marked as ineligible for rehire at all Ascensions.

"I was shocked and hurt ... I feel like I did the right thing but I was punished for it," Hall said.

Hall doesn't have any regrets, especially seeing how much she has helped – not just the patients, but her fellow nurses.

"They were exhausted. Several of them had canceled vacation time," Hall said.

In June, Hall will return to Goldthwaite, near Lampasas, where after a two-week quarantine, she'll likely have to take another travel job to support her two boys.

She just wished her job was protected like other first responders.

KVUE reached out to Ascension Seton for a comment.

A spokeswoman sent this statement:

"We cannot provide details on employment matters related to specific individuals. However, if an associate feels called to travel during the pandemic to support the work being done in other states, Ascension has a critical staff travel program where frontline caregivers can be granted a temporary assignment to go to another Ascension ministry site that is experiencing a surge in COVID-19 patients. More than 45 Ascension Texas clinical staff members have participated in the critical staffing program to provide needed support to local hospital staff, including registered nurses, patient care technicians, and respiratory therapists. Our critical staff travel program has allowed our associates to assist other Ascension ministries experiencing a surge while maintaining appropriate readiness for a potential surge here in Central Texas."