By taking in the animals, they are helping shelters closer to the storms' projected paths, ensuring they have the room needed for direct relief efforts. 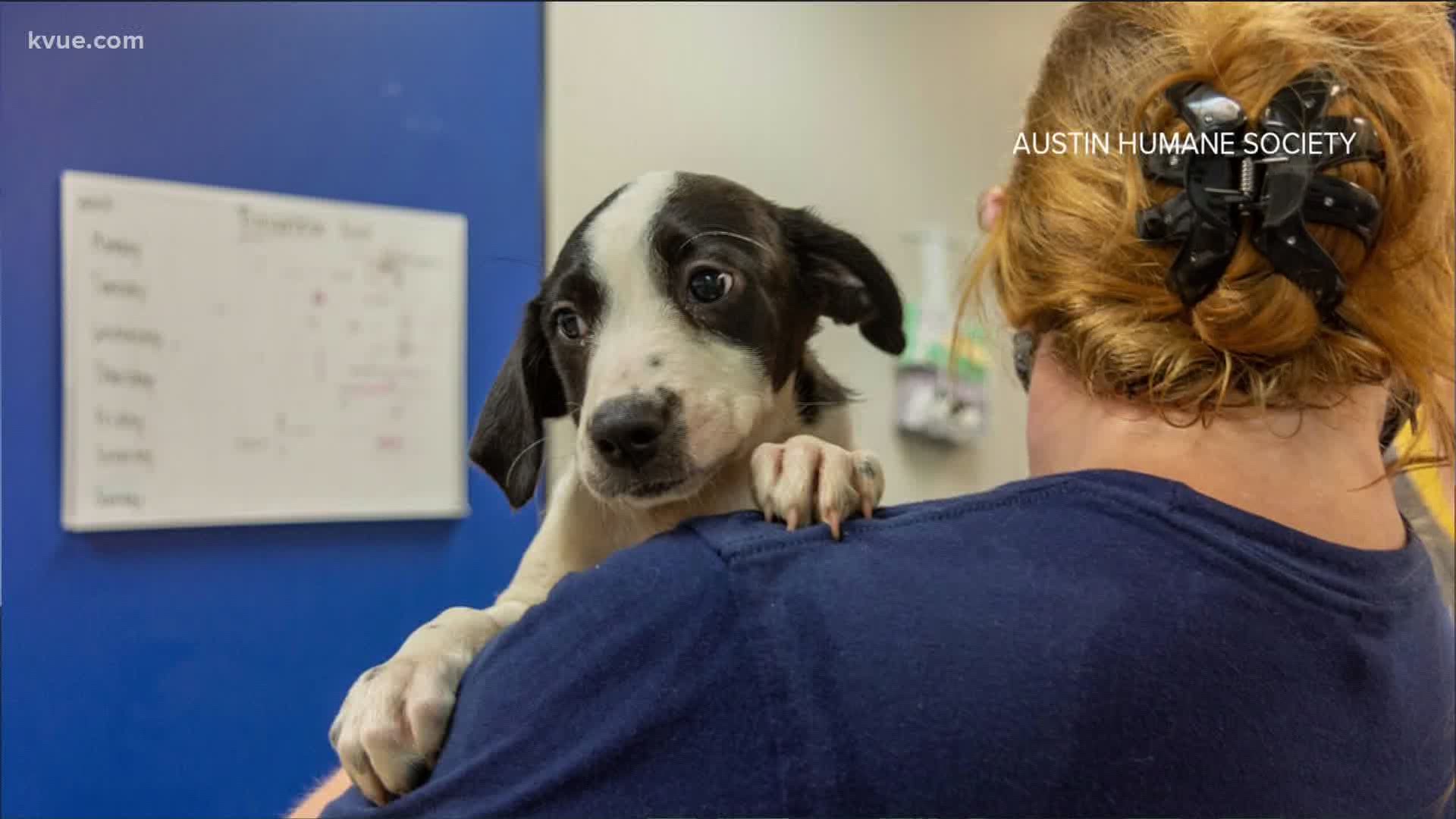 AUSTIN, Texas — As both Tropical Storm Marco and Tropical Storm Laura make their respective paths through the Gulf of Mexico, Austin Pets Alive! (APA!) and the Austin Humane Society (AHS) said they are working to help alleviate shelter space along the coastal region of Texas.

AHS said they are working collaboratively with Texas' statewide disaster network to provide shelter and care to nearly 200 additional animals, including dogs, cats and baby squirrels.

The animals are being transported to AHS preemptively from shelters in the affected areas to provide extra space for an anticipated influx of shelter intakes in the coastal area. AHS said it started receiving some of those animals on Sunday.

LIST: Here's what you need in your emergency kit during hurricane season

AHS estimated that nearly 180 dogs and cats and 30 baby squirrels would be housed in Austin by Tuesday, Aug. 25. The animals are being transported to AHS from Woodville, Baytown, Rockport and the Houston area.

"It's so rewarding to be able to help our shelter partners in their times of need and we know that whenever something, God forbid, happens in Austin, that they'll be there to help us as well," Director of Communications Katie Kennedy said.

The animals being taken in by AHS are not animals separated from their owners by the storms, and therefore will be available for adoption once they are cleared by the AHS medical team.

AHS is running a $20 adoption fee promotion, which will be extended through the end of August. The shelter is also accepting donations to aid in the disaster relief effort, which can be made on the AHS website.

The Austin Humane Society also has an urgent need for the following supplies:

Austin Pets Alive! said it has already begun receiving requests for help from animal shelters in areas likely to be affected and some who are already being evacuated. APA!'s national education and outreach division, American Pets Alive!, has thus far coordinated placement of 300+ other pets to other partner rescues, through planes, buses, individual transporters and more. As of midnight on Aug. 26, Austin Pets Alive! has taken in 73 cats and dogs directly into its care from coastal areas that are expected to be affected by Hurricane Laura.

APA! will be sharing updates on this page as the organization works to coordinate rescue and relief efforts.

APA! needs community help with hurricane support efforts through fostering and donating, which are both essential parts of hurricane relief efforts and helped APA! save thousands of lives during Hurricane Harvey in 2017.

WATCH: What you need in your emergency kit during hurricane season