It's swarming season for crickets, who have a lot of food after a wet spring in Central Texas. 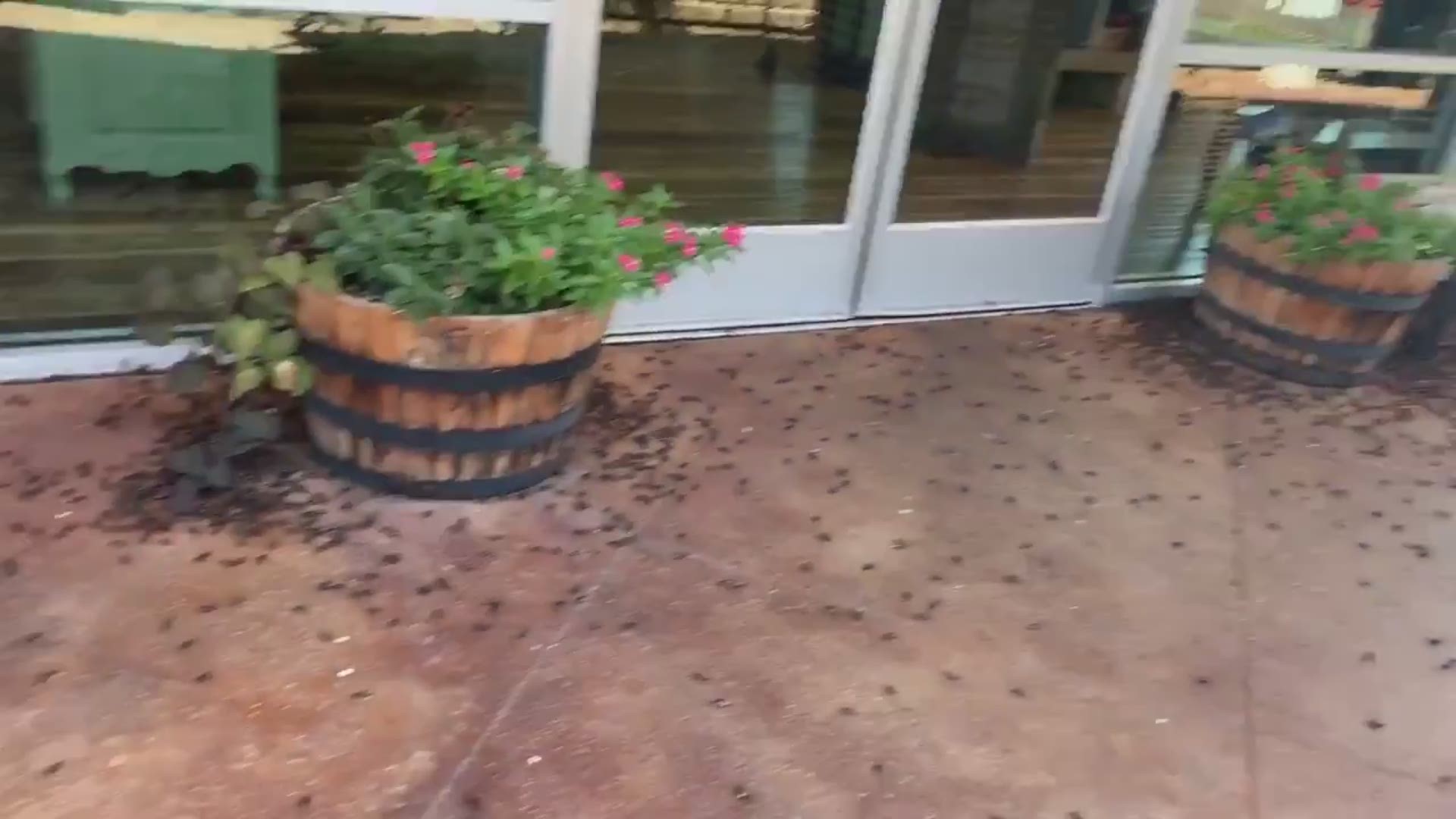 AUSTIN, Texas — Just as the weather starts cooling off and Texans want to spend time outside without sweating buckets, crickets have invaded Central Texas.

And while the great cricket apocalypse happens every year around late summer and fall, this year is particularly noticeable.

That’s because the region got a lot of rain in spring, meaning there will be a lot of food for the critters to live on.

The swarms are so bad, at least one local business has closed while it deals with the bugs.

The crickets have not gone unnoticed as they invade local homes and businesses, with Austinites taking to social media to share photos and videos of the insects.

It's about that time of the year y'all. from texas

A post on the Austin subreddit joked, “Free crickets at HEB today only!” The picture was taken at the Research Boulevard H-E-B in northeast Austin.

The supermarket chain started selling packaged cricket snacks earlier this year, though we wouldn’t recommend eating the ones outside.

Free crickets at HEB today only! from Austin

Crickets were seen crawling up the walls at the H-E-B off 46 in New Braunfels.

H-E-B wasn’t the only grocery store being visited by the chirping insects, with a swarm also spotted outside H Mart.

Locust swarm in front H Mart?? Or is this normal for Texas?? from Austin

Those new to Central Texas were not impressed.

“Moved from PA a little over a year ago… as you can tell by the caption, I’m a bit terrified,” wrote Reddit user mineezy.

Moved from PA a little over a year ago... as you can tell by the caption, I’m a bit terrified. from Austin

Reddit user ActivateGuacamole, who shared a video of crickets at the Gold's Gym parking lot at Research and Burnet, had one important question, “Where are the grackles at?!”

The crickets in north Austin. Where are the grackles at?! from Austin

Serial killer's lifetime of evil backed up by a prodigious memory