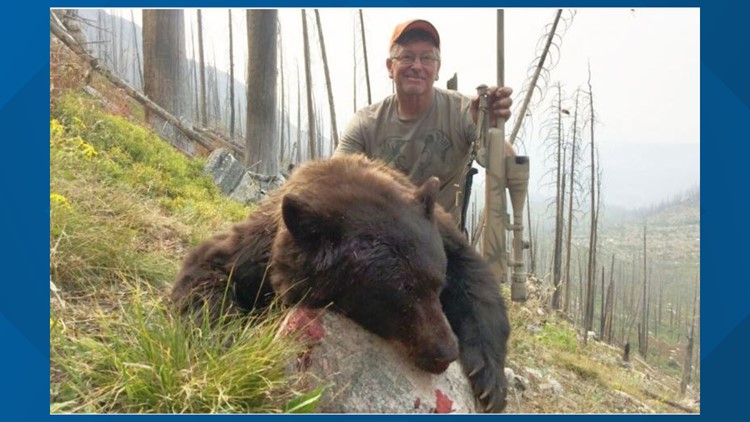 Photo by: CPW
Robert Stalley with the bear he killed then wasted, taking only the head and hide.

GREELEY, Colo. (AP) - A South Dakota man has lost his hunting and fishing privileges for 12 years, was fined $3,400 and had to forfeit his rifle for wasting the meat of a black bear he killed in Colorado in 2017.

Investigators say Stalley had valid hunting licenses and killed a deer and a bear near Steamboat Springs, Colorado.

Wildlife Officer Jack Taylor says Stalley took the venison home but only took the head and hide of the bear.