The San Marcos gambusia was listed as endangered in 1980 by the U.S. Fish and Wildlife Service. 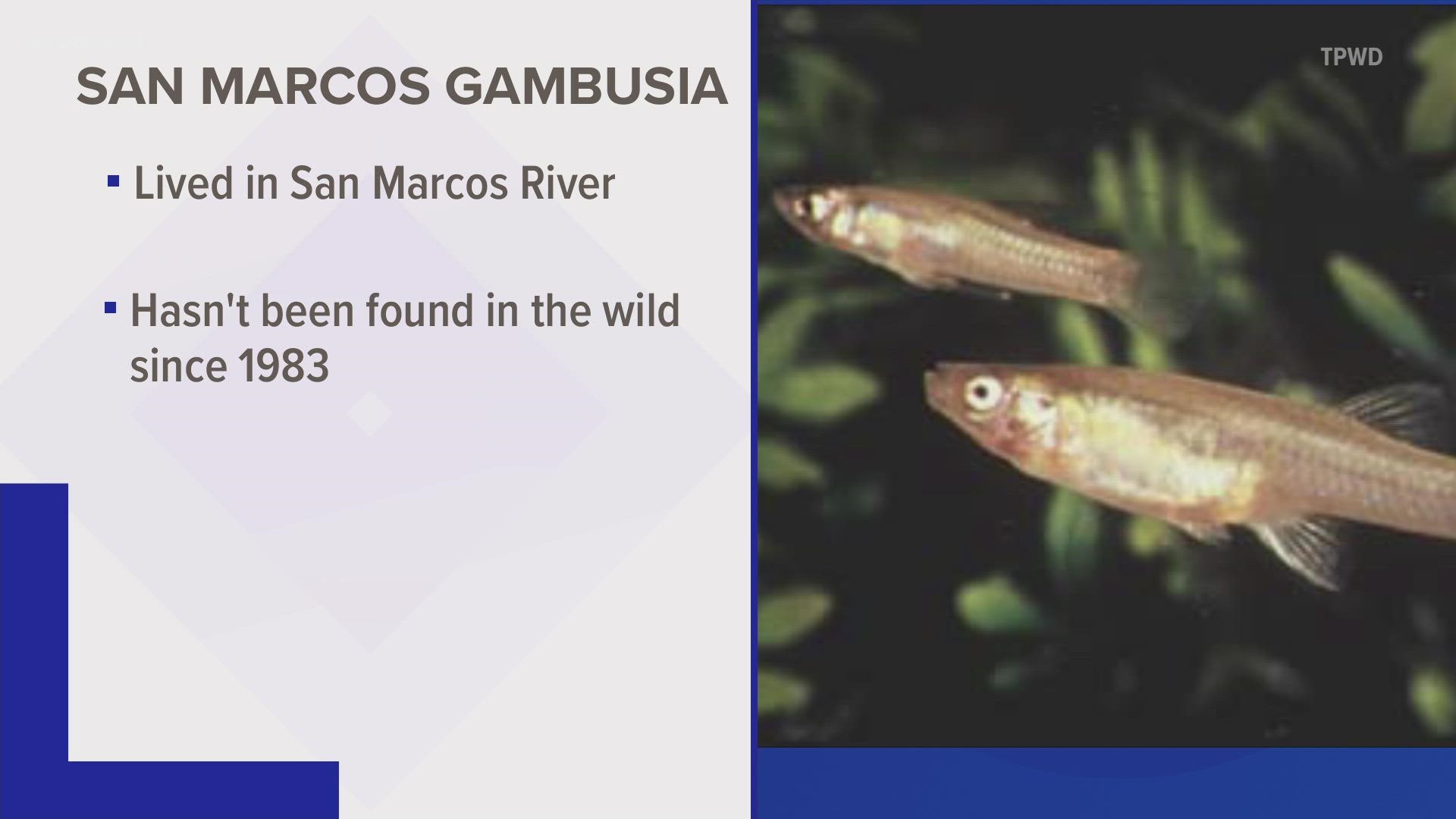 SAN MARCOS, Texas — The U.S. Fish and Wildlife Service is recommending one species of fish native to San Marcos be declared extinct.

The San Marcos gambusia, “a small fish,” was listed as endangered in 1980. The department believes the species has been extinct in the wild for over 35 years.

The species has only ever been found in the San Marcos River. The fish is about one inch in length with a prominent dark stripe on the upper edges of its dorsal fin, according to the Texas Parks and Wildlife Department.

A report from the U.S. Fish and Wildlife Service said that recent surveys and analyses of the species already consider it extinct. The recommendation to remove the fish from the endangered list was due to a decrease in abundance and lack of “hybridized individuals” in recent samples.

The San Marcos gambusia is one of 23 species it is recommending be removed from the Federal Lists of Endangered and Threatened Wildlife and Plants due to extinction.

The species went under a 5-year review in 2008 and 2018. The 2008 review was never completed, and the 2018 review concluded in a recommendation to delist the San Marcos gambusia because of extinction.

According to Texas Parks and Wildlife, the species “is one of the rarest animals of the San Marcos River.” Threats to the fish included reduced flow of water, water pollution due to city growth and the introduction of non-native species into the river.