Man bit by coyote in Round Rock neighborhood

The Williamson County Sheriff's Office said Wednesday that a man was taking pictures when a coyote bit his foot. 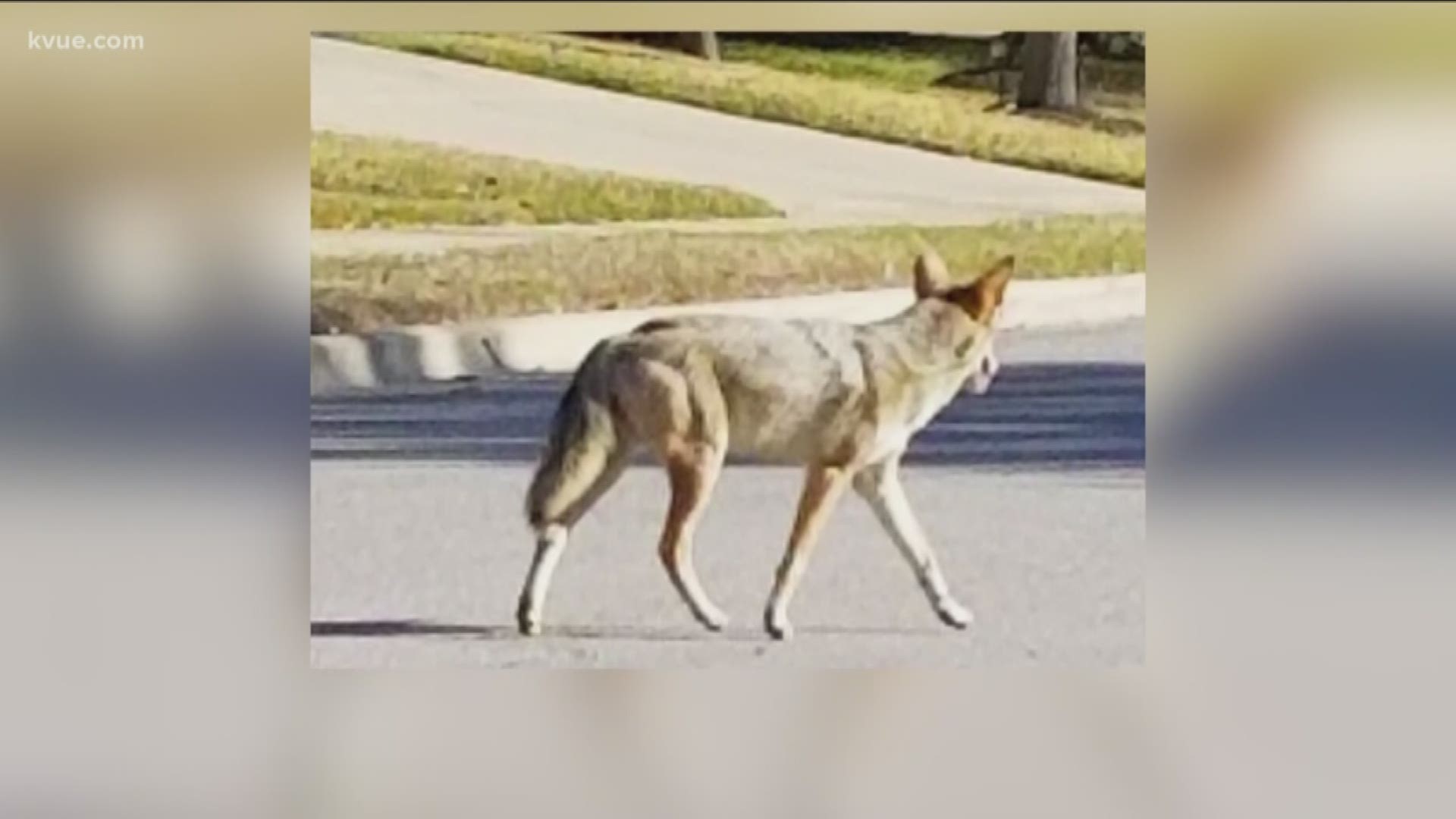 AUSTIN, Texas — On Wednesday, the Williamson County Sheriff's Office (WCSO) said a man was bitten by a coyote in the Teravista neighborhood in Round Rock.

Patricia Gutierrez, a spokesperson for WCSO, told KVUE the call came in at around 10 a.m. saying the man was taking pictures when the coyote bit his left foot, resulting in minor injuries.

A tweet was sent out by the sheriff's office at around 11:30 a.m. Wednesday morning.

Many Teravista residents frequently walk their dogs around the neighborhood.

"Walks, runs, everything. They're our babies," said Joe Salinas, a Teravista resident.

Salinas was with his wife, Nicole, walking their dogs when they spoke to KVUE Wednesday. They said they've seen a coyote in the neighborhood before.

“It wasn’t a big deal, it wasn’t that close, but I did see him. He was over there by the golf course. It’s not really out of the ordinary. We're used to seeing them around now," Salinas said. “I am pretty cautious still. I’m not going to try to ... take my chances.”

Salinas also said the coyotes didn't start popping up until about two months ago.

“I think all the construction around," Nicole Salinas said. "We have apartments over here, we have, you know, the new hotel going up over across the street and I think kind of just kicking them out where they were."

RELATED: Austin Animal Center: Keep an eye out for coyotes

Credit: Diane Canfield
A coyote spotted in the Teravista neighborhood in January.

Another neighbor said he's seen coyotes while golfing near the neighborhood.

"We've seen them going down eighth hole, which is just behind our homes," Mike Canfield said. "It's not been aggressive but, you know, seems like it's not really intimidated by people."

Another neighbor took the picture you see below of a coyote leaving a property after allegedly eating out of the garbage.

Credit: Lindy Mccardell
Coyote leaving trash pile in front of a property in the Teravista neighborhood.

Experts like urban wildlife biologist Kelly Simon said the recent development near the area could possibly be one cause for coyotes being in places they probably wouldn't normally be.

"Development happens very rapidly. We tend to break up habitat quickly," Simon said. "So, they might get pushed into areas that they might not ordinarily have chosen to be in."

RELATED: Here's how to protect your pets from urban coyotes

She also said food left outside could attract them.

"We need to be really careful about what kind of nutritional objects we leave outside," Simon said.

She also said that aggressive interactions with coyotes are rare but if you do bump into one, you should make yourself known, make yourself loud, be aggressive and yell. You can learn more about coyotes at the Texas Parks and Wildlife Department's website.

WATCH: The Backstory: Dealing with coyotes in urban areas