The snakes were found in a work area on Highway 290 in Manor. 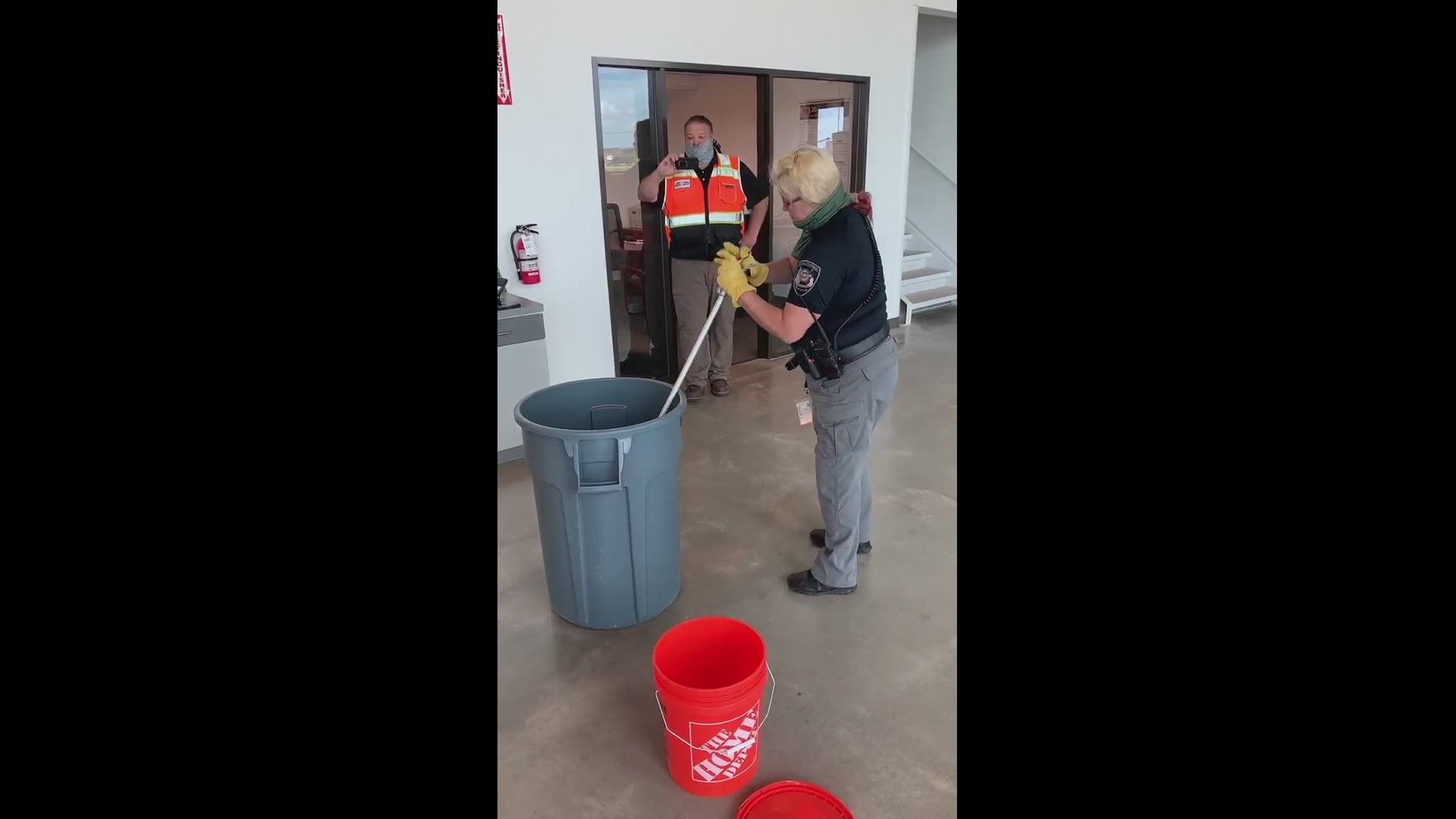 MANOR, Texas — Snakes sightings are certainly not uncommon in Texas, especially when temperatures start to rise. But some police in Manor were in for a surprise when they found a rattlesnake along with more than a dozen of its babies.

According to the Manor Police Department, they found a western diamondback rattlesnake that is about 3.5 feet long. The snake was found with her 16 babies in a work area at the Sunstate Equipment Company on Highway 290 in Manor.

The department shared a video of them carefully removing one of the snakes on Facebook.

"These snakes should never be handled and should be reported to Animal Control for removal," Manor PD added.

This 3.5 foot Western Diamond Back rattle snake was found with her 16 babies (photos in comment) in a work area at the Sunstate Equipment Company on 290 here in Manor. These snakes should never be handled and should be reported to Animal Control for removal.

Back in June, the Texas Poison Center Network said its centers across Texas had seen a 54% increase in calls about snakes in 2020 compared to 2019.

There are about 15 different species of venomous snakes in Texas. So what should you do if you run into one? According to Texas Parks and Wildlife, if you see a snake, it's best to leave it alone.

"There are a lot of legitimate [incidents] where it's hiding somewhere and people don't see it, but a lot of bites occur when people are messing with snakes and they shouldn't be," said Paul Crump, a herpetologist with Texas Parks and Wildlife.