Although the warning is meant to be humorous, other animals have been affected by drugs before. 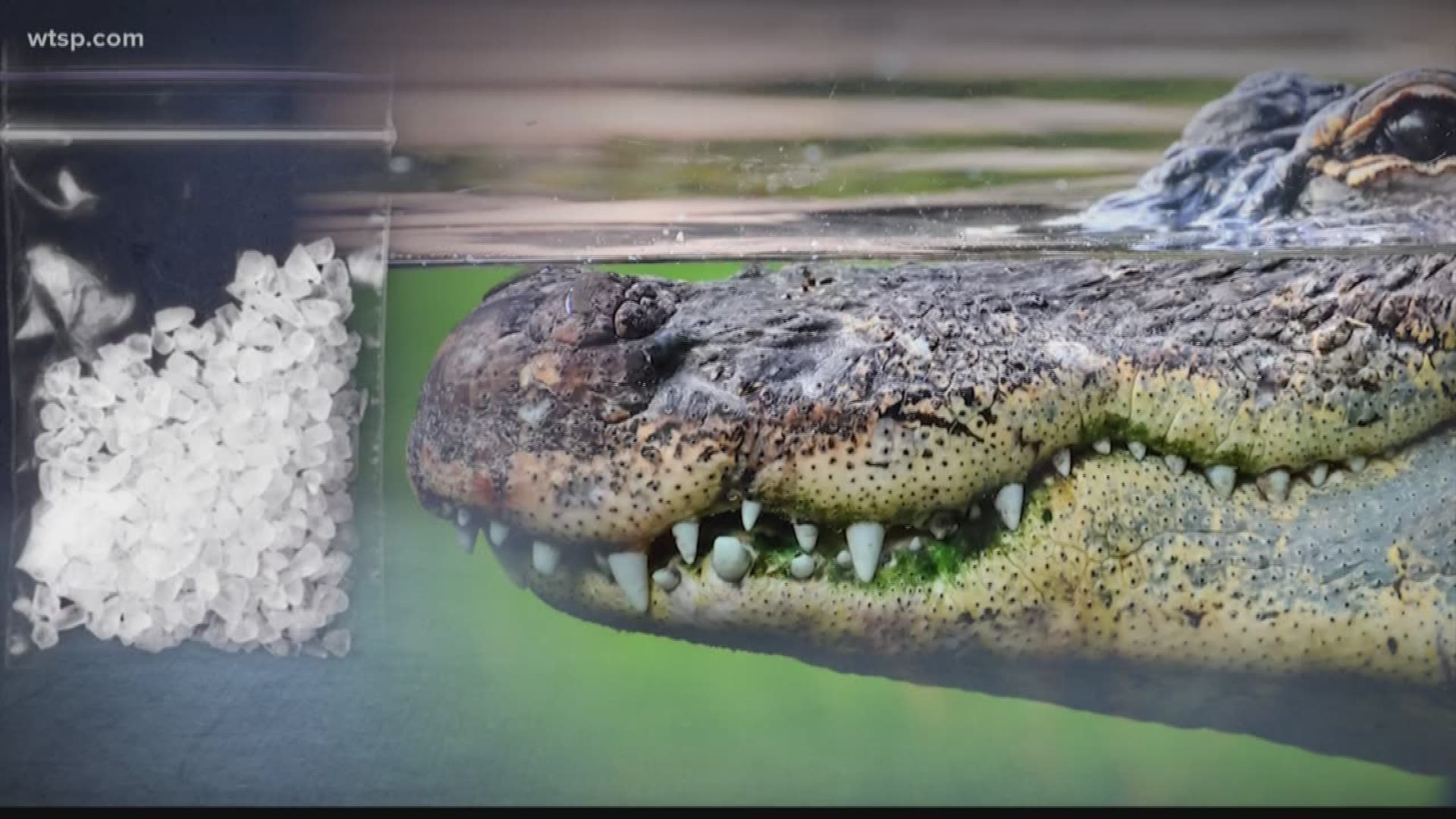 LORETTO, Tenn. — A police department in Tennessee is issuing a tongue-in-cheek warning for people to stop flushing drugs down their toilets or sinks out of fear they could create "meth-gators."

The Loretto Police Department recently posted the ominous, but intended-to-be-humorous, Facebook warning after officers found a suspect unsuccessfully trying to flush meth and paraphernalia at a home.

He was arrested, but police say overall environmental health is becoming an issue because flushed drugs can end up in retention ponds for processing before they are sent downstream.

"Our sewer guys take great pride in releasing water that is cleaner than what is in the creek, but they are not really prepared for meth," the police department wrote on social media. "Ducks, geese, and other fowl frequent our treatment ponds and we shudder to think what one all hyped up on meth would do."

Law enforcement joked if the meth made it far enough, gators could end up consuming it in Shoal Creek and the Tennessee River.

"They’ve had enough methed up animals the past few weeks without our help," police wrote. "So, if you need to dispose of your drugs just give us a call and we will make sure they are disposed of in the proper way."

Yale Ecology Professor David K. Skelly said rampaging meth-fueled alligators aren't a real cause for concern, but the department does have a point in recommending not to flush drugs. He said fish in rivers all over the U.S. have been affected by chemicals that leave our homes.

In 2017, The Telegraph reported how a jungle python was found addicted to methamphetamine. The newspaper said the reptile was discovered during a police raid on a meth lab. The snake needed six weeks of detox.

The Florida Fish and Wildlife Conservation Commission said it could not comment on drugs effecting wildlife in the Sunshine State.