The Lockhart Animal Shelter said that there are 80 to 90 cats involved. 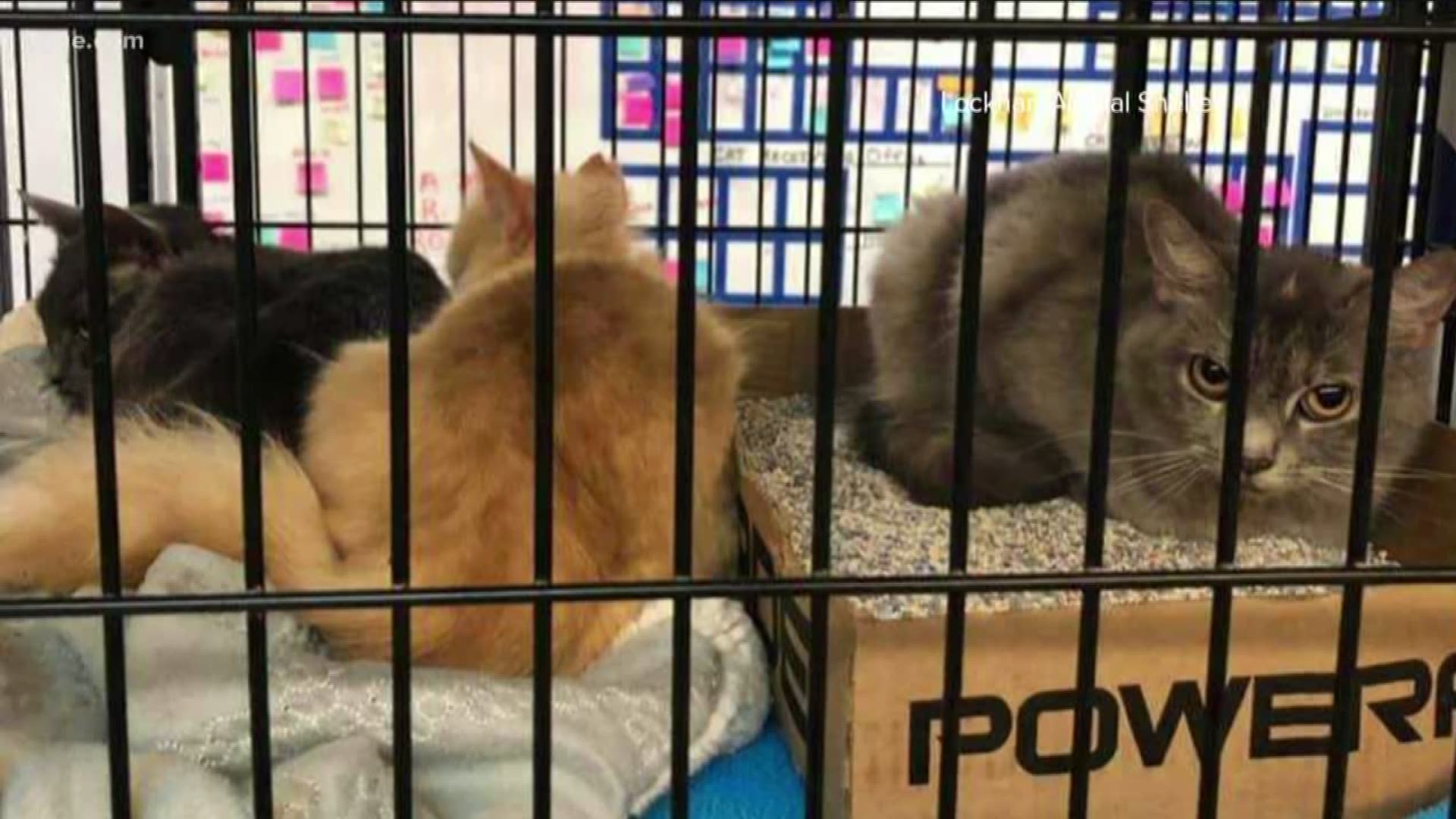 LOCKHART, Texas — The Lockhart Animal Shelter is in desperate need of adopters after taking in 80 to 90 cats from a hoarding situation in Lytton Springs.

On June 10, a woman who works with Central Texas Ruffugees posted in the "PASS PROGRAM Austin Pets Alive!" Facebook group, saying she had received a message from a woman whose disabled mother had been taking cats and kittens into her rental trailer in Lytton Springs to the point that it had become a hoarding situation.

The woman who made the Facebook post was looking to organize a group of volunteers to go retrieve the cats and take them to the Lockhart Animal Shelter.

The shelter said Friday that there are 80 to 90 cats involved in the hoarding situation. As of Friday, they had received 60 of them and they were going to be receiving the rest over the weekend.

The shelter is asking anyone who can to come and adopt the cats so that they can maintain their no-kill status.

Euthanasia on the horizon for many dogs at overcrowded Lockhart shelter

According to the City of Lockhart's website, the shelter houses about 56 dogs and puppies and 24 cats and kittens daily. An average of 180 animals pass through the shelter every month.

WATCH: Dog saved from being put down gets new life