Rex was taken from his owner's car outside a Buckhead Publix earlier this week. 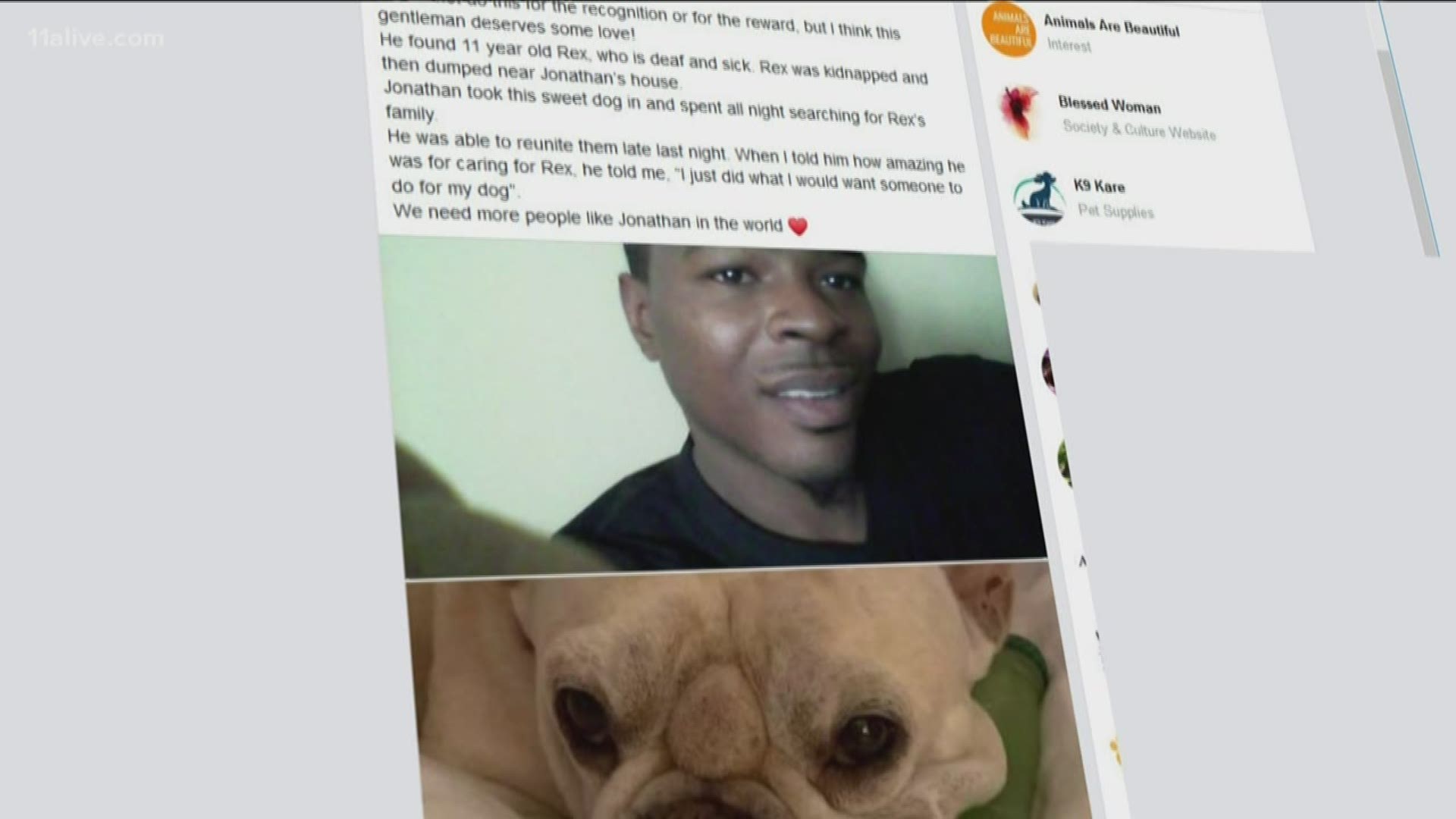 ATLANTA — A deaf, 11-year-old French Bulldog who was taken out of his owner's car outside a Buckhead Publix last weekend has been found safe.

Johnathan Kelly contacted 11Alive on Tuesday night to say he believed he had found Rex wandering near Washington Park, roughly seven miles south of where he was taken out of Karla Morris' car in the parking lot of the Publix at The Peach shopping plaza on Peachtree Road in Buckhead.

Kelly took Rex off the street and proceeded to conduct a tireless search for his owner, eventually reuniting the dog with Morris.

"I just did what I would want someone to do for my dog," he told 11Alive's Kaitlyn Ross.

Morris called it a miracle.

When the dog was taken on Sunday, a witness told police that they saw a group of men wearing hoodies pull up to Morris' car in the parking lot of the grocery store, grab Rex and speed off.

Morris had been on her way to take him to the 24-hour emergency vet, so that Rex could get treated for a possible spider or snake bite. That's when she realized she left Rex's dog food at home and decided to grab some dog food from Publix.

She said she was only in the store four minutes.

"I'm just overwhelmed with grief," Morris told 11Alive on Monday. "I don't know what to do."

She pleaded with the men to please not hurt her dog.

"He's very fragile, he's a sensitive dog, and that's my biggest fear - that they'll mistreat him in some way," she said.

K9kait
BEST NEWS TO START YOUR MORNING! Rex has been found SAFE! The 11 year old French Bulldog was kidnapped right out of his Mom's car, Sunday! I woke up to a Facebook message this morning from the...

Morris had put out a $500 reward for Rex's safe return.