The orange-and-black insects pass through Texas every year as they travel north from Mexico. 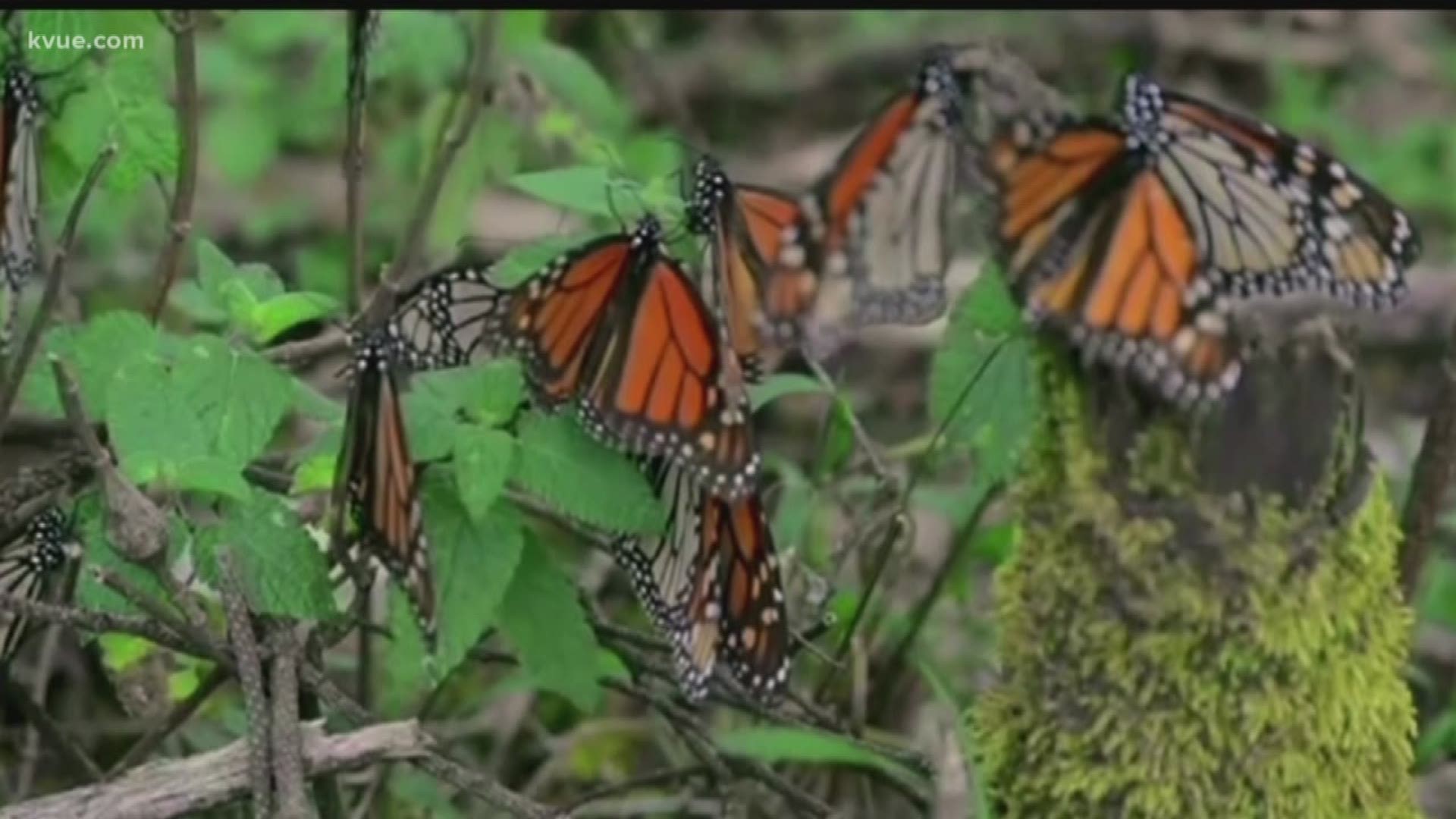 This year, Texas is expected to have one of the largest migrations of monarch butterflies in recent history.

The orange-and-black insects pass through Texas every year as they travel north from Mexico.

RELATED: Millions of monarch butterflies killed by storms in Mexico

They rely on Central Texas milkweed for food as they migrate.

According to Craig Wilson, director of USDA Future Scientists Program, the population has increased by 144 percent in the past year. This comes after several years of a declining population.

That could mean around 300 million butterflies, with 50 million monarchs per hectare.

“Monarch numbers are usually measured in hectares, so that means about 15 acres are being used for their breeding grounds in northern Mexico,” Wilson said in a post on Texas A&M’s website.

“That’s a really positive sign, especially since their numbers have been down in recent years.”

A final big wave of the butterflies could enter Texas from Mexico by the end of next week.

Texas residents can help maintain a healthy population of the insects by planting milkweed and other nectar flowers.