Fox complaints spike in Austin despite lack of options for removal

According to Austin 311 data, fox complaints year-to-date are higher compared to the last five years. 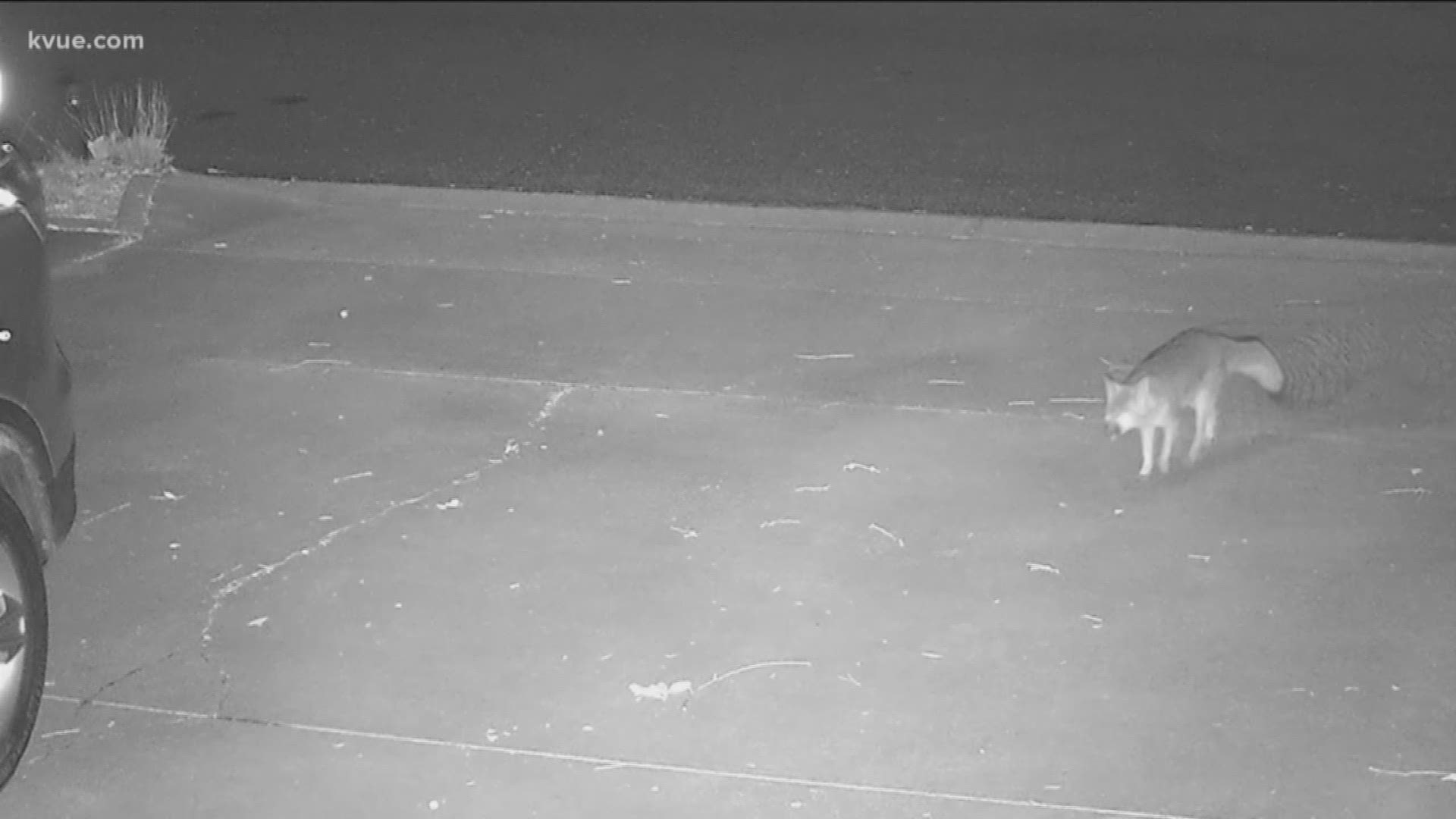 AUSTIN, Texas — New data from Austin 311 shows that fox sightings are up year-to-date in 2019, as some residents question what can be done to get rid of them.

As of Oct. 16, Austin 311 has received at least 121 complaints of foxes this year, which is higher than the last five years.

Earlier this month, KVUE talked to Mark Filip who has lived off Braker Lane since 1988. He’s seen an increased number of foxes in the last three years.

“There are stretches of time where I see [the foxes] every single night for weeks and then they may disappear or not appear on the cameras for a few days,” Filip said.

When he started seeing them more often, he began reaching out to local and state agencies for help. He wanted to find out how to get rid of them.

“Ideally, I would think that in a city the size of Austin, who butts up to the Hill Country, that there would be organizations or City services that would be able to come out and trap and relocate the animal,” Filip said.

Filip’s critter cameras have picked up more foxes throughout October.

KVUE reached out to the Texas Parks and Wildlife Department (TPWD) to find out what can be done.

North Austin resident worried about increase of foxes in neighborhood

“Whenever you bring two different kinds of people or species together, you're going to have a little bit of conflict,” said Kelly Simon, an urban wildlife biologist for TPWD.

Simon said she doesn’t know of any instances of a fox harming a human, and they are not a threat to the public.

“A species that is doing natural, normal behaviors and not an actual threat to human beings would not be targeted for trapping because there's no reason to trap it,” Simon said.

Here are the numbers for Austin 311 fox complaints the past four years:

Simon said people shouldn’t treat wildlife like pets. It’s also important to avoid leaving out food or trash that animals could get into because wildlife exists in places where there is food, water and shelter.

“Those foxes and also coyotes – they control species like rats, mice and rabbits that are frequently considered pest species in urbanized areas,” Simon said.

If you’re concerned an animal has rabies, it should be reported to animal control. If you are really concerned about it and feeling personally threatened, Simon said you can hire a private trapper to have wildlife removed.

TPWD does not maintain resources to remove animals that are not a threat, Simon said.

And as Central Texas continues to become more urbanized, Simon said the dynamic in urban versus rural species is getting interesting.

'Star Wars: The Rise of Skywalker' tickets go on sale Monday – and the Alamo Drafthouse is planning an experience