The reptile will be reunited with its owner. 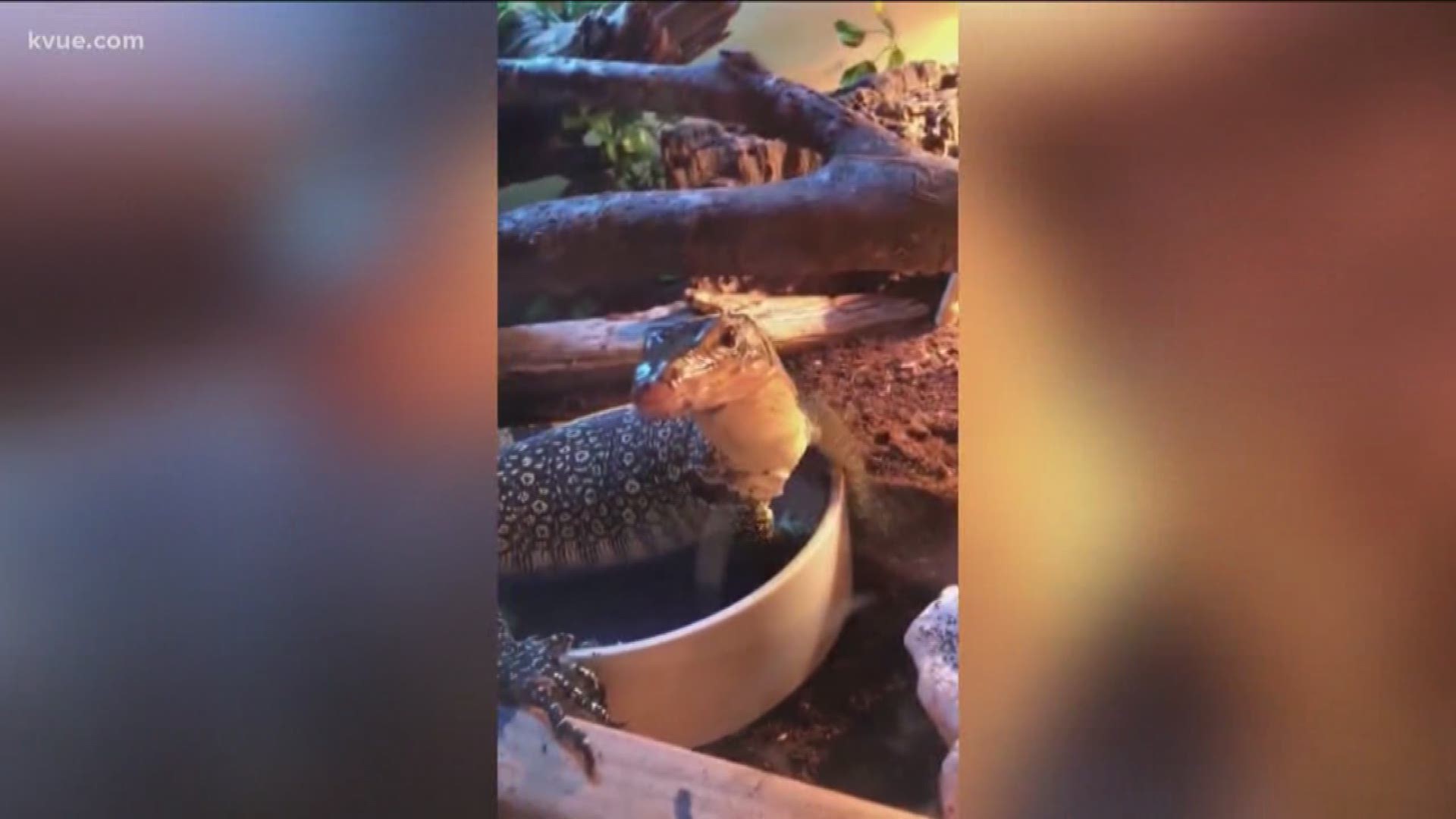 WILLIAMSON COUNTY, Texas — The monitor lizard that escaped in Williamson County on Thursday has been found and caught, Sheriff Robert Chody said on Saturday.

The reptile will be returned to its owner.

The Williamson County Sheriff's Office (WCSO) sent out a tweet on Thursday warning the public of a monitor lizard that had gone missing.

Deputies had been searching for the missing lizard in the Lakewood subdivision.

The lizard was last seen from a home on North Lakewood Drive in the Lakewood subdivision near Sun City at 1:30 p.m. Thursday. The WCSO thought it went to a nearby golf course and went into a long body of water.

Chody did not say where the lizard had been found on Saturday.

Deputies had put a hog trap near the water to try to capture the lizard.

According to the sheriff's office, the animal can be dangerous for small children and animals.

The owner of the lizard told KVUE his name was Darby. He is an Asian water monitor lizard, four-and-a-half feet long, including his tail. He is three years old and 15 pounds.

Darby was in a temporary enclosure when he escaped because his owner was moving his permanent enclosure.

Darby's owner also noted that she buys all of his food at H-E-B and that he eats chicken, shrimp, fish and occasionally a pre-killed mouse but he is "honestly not even big enough to eat a squirrel."

WATCH: 'Darby' the Asian monitor lizard plays in water in his enclosure 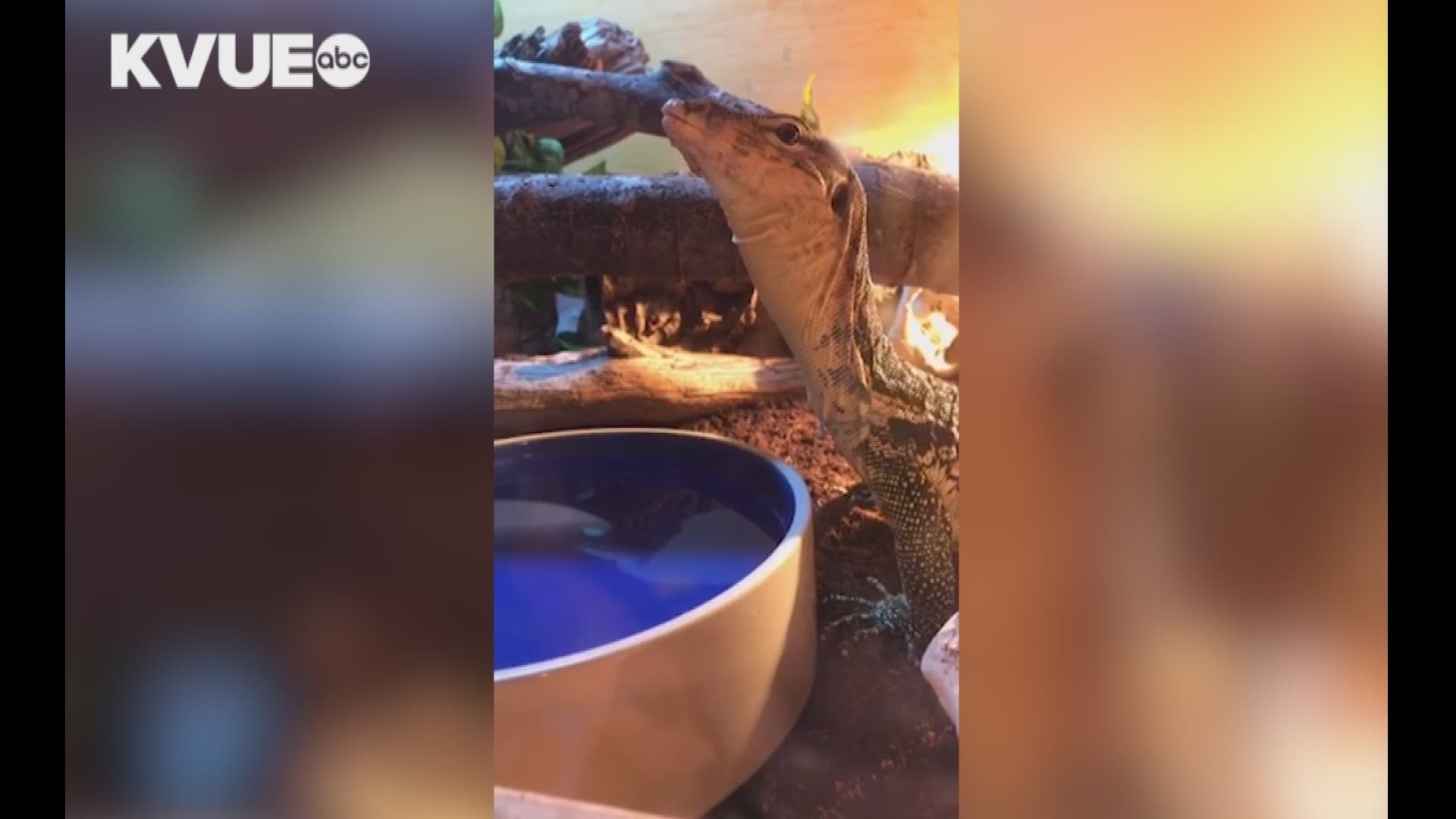 Larry Herrin lives next door to the lizard's owner on North Lakewood Drive.

He owns several animals himself, including chickens.

"I don't view him as dangerous," he said.