Jane Taylor said she was walking just outside of Enchanted Rock when her foster dog, Nellie, jumped in between her and a rattlesnake. 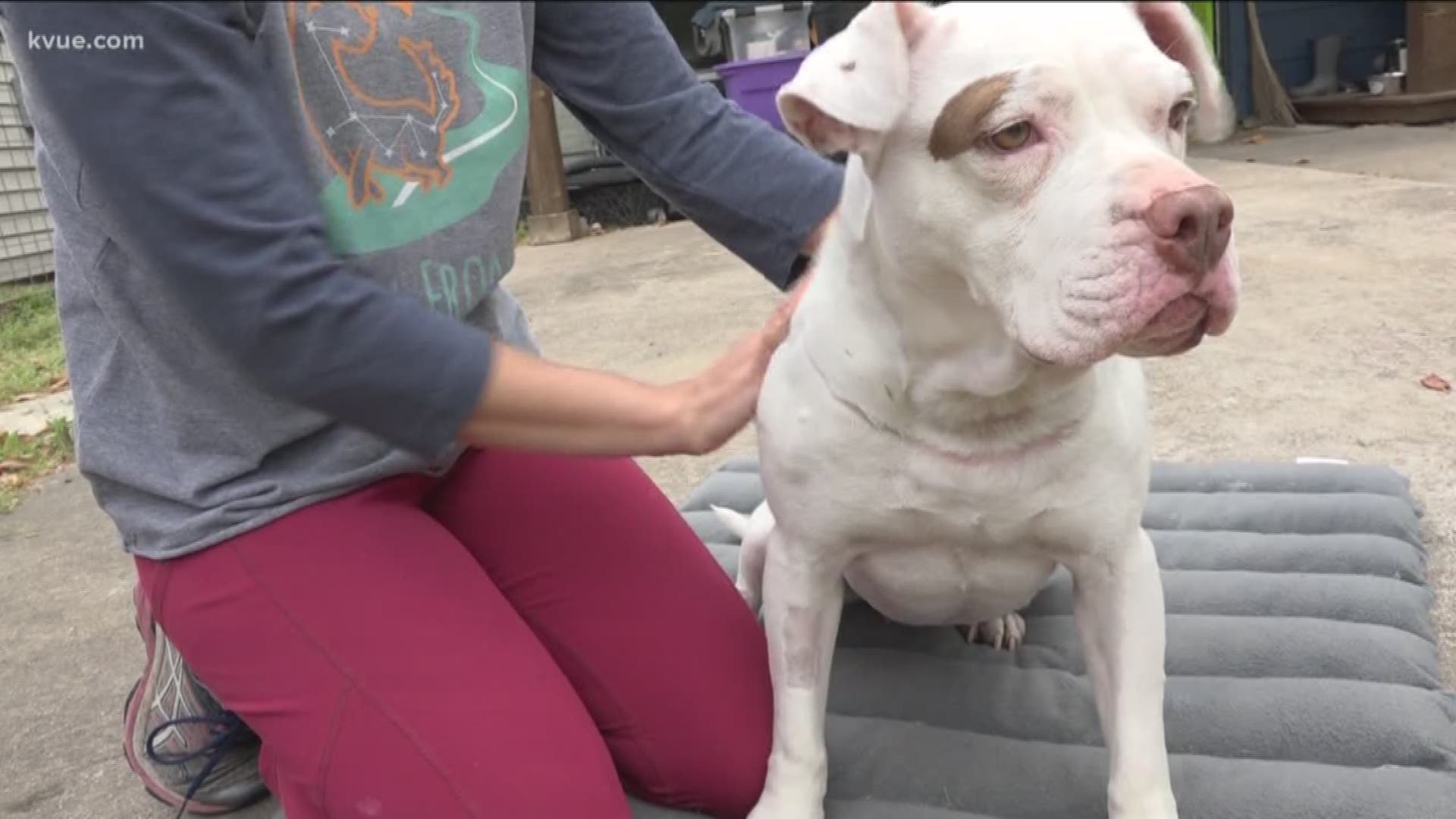 AUSTIN, Texas — Jane Taylor of Austin is hoping she can find her hero a new home.

Nellie, Taylor's foster dog, saved her from a rattlesnake and she got bit in the process this past weekend.

Taylor said she and her friend, Matthew Tilley, were walking on her friend's property near Enchanted Rock for a spring party when the deadly reptile took them by surprise.

"We were hiking, and I saw the snake two feet from me and screamed," Taylor said. "Nellie ran over and went for it. I kept screaming to try and stop the fight, but then Matthew was smart enough to throw his jacket on the snake and pull Nellie away."

However, they were unable to save Nellie from being bitten. Taylor said they rushed her to the veterinarian, where she was treated with antivenom.

1 / 6
Jane Taylor
Nellie the dog helped save her foster mom from a rattlesnake near Enchanted Rock and herself got bitten in the process.

"Pedernales Animal Hospital said it was the first bite of the season, and this vet keeps 24 vials of antivenom because he gets a case a day when the season starts," she said.

The best part of the story? Everyone involved survived – even the snake. Even better, the life-saving Nellie is up for adoption.

Taylor said the five-year-old dog was rescued on Christmas Eve 2014 from a high-kill shelter.

"She has scars around her neck that suggest she may have been tied up on a wire as a puppy," Taylor said. "It's taken her a long time to overcome the emotional scars of past abuse, but she has come such a long way."

More than 60 venomous snakes reportedly found in Manor recently, including this rare rattlesnake

Taylor said Nellie was very anxious and stiff around new people when she was first rescued and she was "too intense" for other dogs, often guarding her stuff "ferociously."

"Over the next four years, Nellie was either boarded or kenneled with frequent visits and attention," Taylor said. "Finally a foster home opened up and the years of being cautious are slowly melting, especially shown with her bravery to fight the snake."

Now, Taylor said the heroic pooch is ready for a patient, loving person that understands that she is "shy and does not have a heavy hand for discipline." However, she loves going on runs, resting on the couch and being outside watching squirrels. She currently lives with a senior dog and has had successful interactions with puppies.

"We want to give this little hero a safe and happy home," Taylor said. "I love Nellie and we are going to pick the very best home for her. I happen to be a nomad and once my senior dog passes (foster fail) I’ll probably have to head to Hawaii to take care of my elderly parents."

Austin Veterinary Diagnostic Hospital veterinarian Jeremy Varga said to protect your dog from rattlesnakes, keep them close to you when hiking and consider a rattlesnake vaccine.

"In the spring, it's always best to have your dog vaccinated against rattlesnake bites to help decreate the effect that venom has on their body," Varga said.

If your dog is bitten, first of all, stay calm. If you can take a picture of the snake, do so to let your vet know for the best treatment. Also, pick your dog up if you are able to.

"Do that safely," Varga said. "A lot of the time, the venom affects their heart and cardiovascular system, so the less they're running, playing afterwards is always best."