The dogs were believed to have been stolen in June. One of those dogs was found days later but it appears two are still missing. 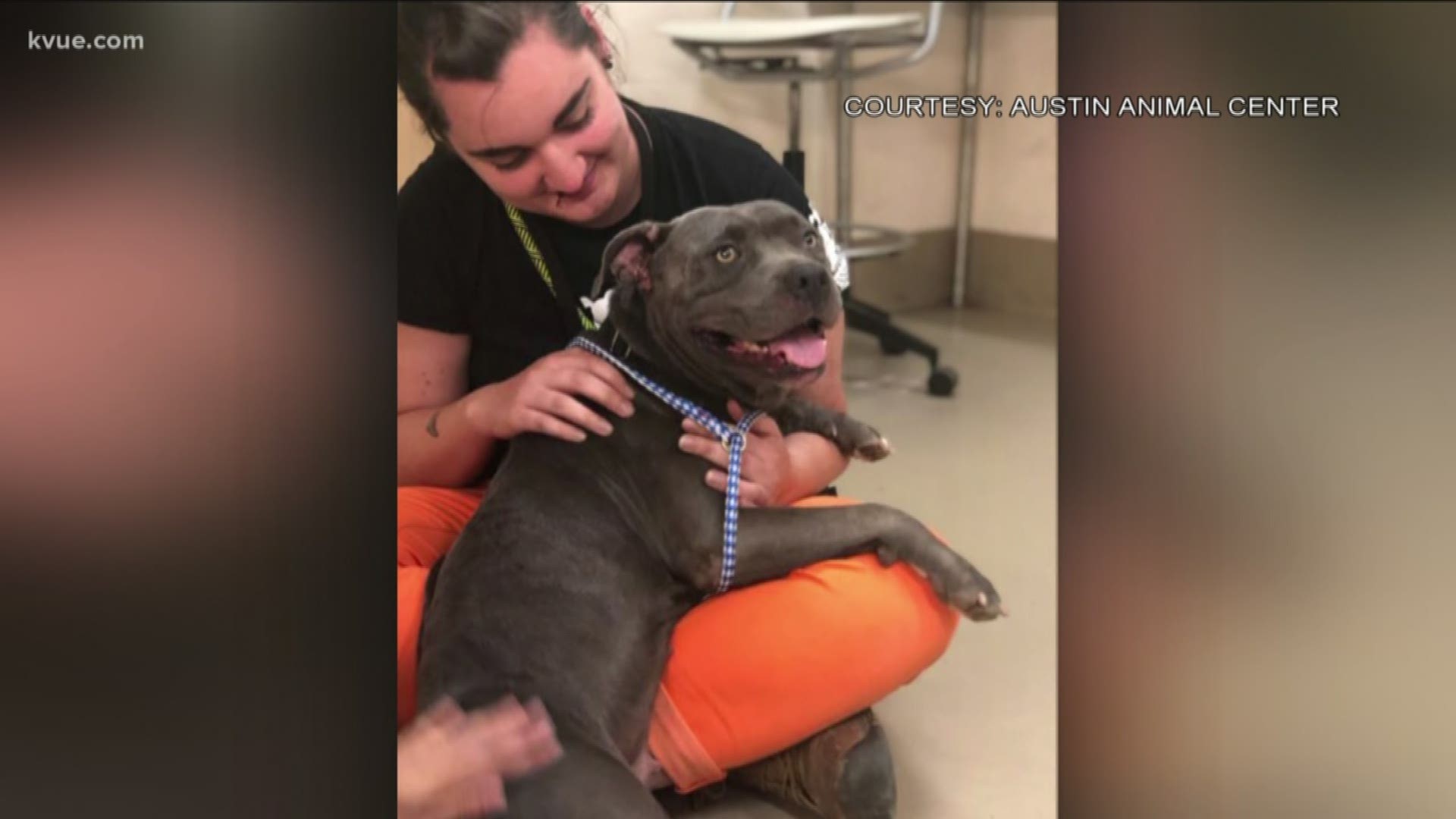 AUSTIN, Texas — Two of four dogs missing and presumed stolen from the Austin Animal Center in June have returned to the shelter.

One of those returned on June 22, the other in October. KVUE first reported about the missing dogs on June 20.

A member of the public brought in Lilly after spotting her near Highway 183 and Levander loop.

Credit: Austin Animal Center
Lilly the dog was returned to the shelter on Saturday.

A spokeswoman told KVUE in June that the dog was in good health.

"She has some cuts on her face and abrasions in her tummy that look like she could have gotten from crawling under a fence," she said. "She was hungry, but really happy to be back with her favorite people at the shelter."

Animal Protection Officers canvased the area, which is close to the shelter, in case the other three dogs might have been nearby.

On Oct. 13, the shelter said that Jeff turned up at another local shelter. An AAC staff member recognized his pictures on social media.

"Now that Jeff is back, we want to get him into a loving home ASAP," wrote the shelter on Facebook. "Here's what you need to know about Jeff: He LOVES squeak toys – the squeakier the better! He loves all people and although he hasn't gotten to go to playgroup yet, he completely ignores other dogs when he walks by their kennel. He's an expert car-rider and loves to give big sloppy kisses. Help us find Jeff the perfect home by sharing and tagging your friends. This boy is so deserving of the very best family."

Here's a photo of the dogs:

From left to right:

"We've made all of our volunteers aware of the situation," said Kimberly McNeeley, the interim chief animal services officer, in June. "We've asked our volunteers to help us be vigilant in making sure something like this never occurs again, and we've also asked them if they've seen something that they think is worthy of reporting to us that they please share any information and some folks have come forward and done so."

While the staff is investigating possible outcomes, such as transfers to other rescues or foster replacement, the dogs are missing and presumed to be stolen, the center said.

An animal center spokeswoman said they "exhausted all resources" before determining the dogs were stolen.

The center said a report has been filed with the Austin Police Department. Two of the dogs, Rex and Lilly, were microchipped.

Mr. Dibs, the dog who was reunited with his owner after 8 years, has died

What to do before and during a dog attack, according to trainers

Staff reviewed surveillance videos but didn't see anything unusual. Cameras are only located at some of the center's exits.

McNeeley said they're now reviewing operations procedures and determining if any changes need to be made.

The staff is focused on finding the dogs and ensuring they are safe.

"We know how much the community cares about animals and so we know that our community, out of their kindness and the goodness of their heart, that if they know something, they will bring it forward," McNeeley said.

If you have any information regarding their whereabouts, call 311.