Austin Wildlife Rescue to help up to 2,000 baby animals this springtime

Springtime is baby season and they're already seeing more than they did this time last year. 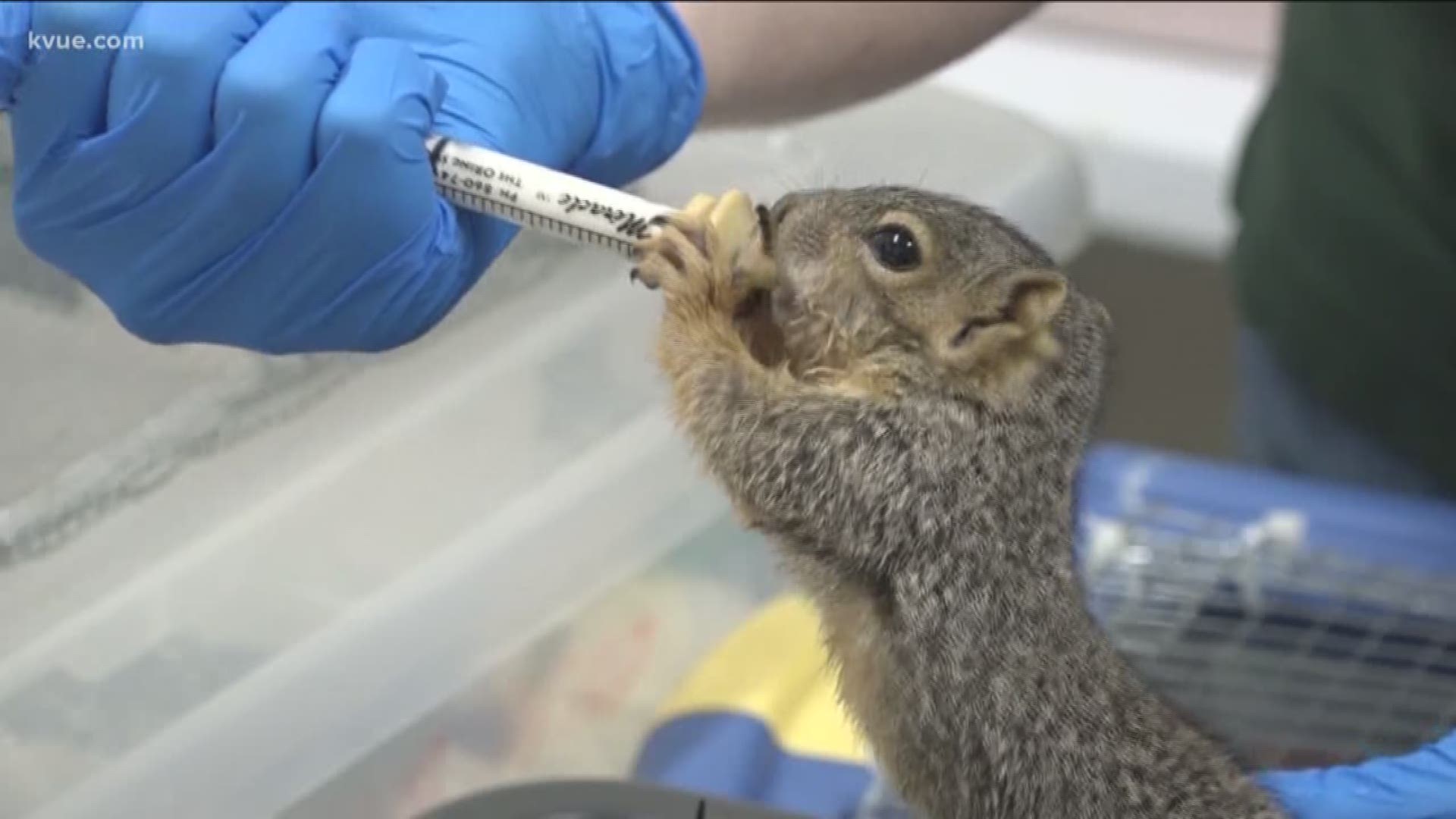 AUSTIN, Texas — It's that time of year when animals are having babies and lots of them. This also marks the beginning of a busy time of year for the Austin Wildlife Rescue.

Hayley Hudnall with the Austin Wildlife Rescue said they're already seeing more babies now than they did in 2018. You're not only going to see baby squirrels but also baby possums, raccoons and birds hopping around, so it's important to be careful.

Hudnall said the phones ring constantly with people who are finding these animals and say they need help. So far, they have about 200 babies at their new rehab center in Elgin. They started coming in January when they usually don't come in until February. She said that's because of the warm winter we had.

So, if you see a baby animal around, the best thing to do is give them a call before you help because that baby may not be orphaned.

“Some of these guys say this little squirrel was on the ground because a lot of times maybe it fell out of the nest, but mama's going to come back down and get it within an hour," said Hudnall. "We want to leave that squirrel an hour outside to see if mama will come to get it. Baby birds will spend three or four days on the ground learning to fly and we want to let them do that. We don't just want to pick them up because they look like they're orphaned."

Hudnall said squirrels are usually first to come in, then possums, raccoons, birds and injured adults.

Though people have good intentions, she said there’s one thing people shouldn't do – feed them.

“With baby squirrels, sometimes people want to feed them. They're cute, I mean come on, but people will feed them too quickly and they aspirate where the formula or the milk will come out of their nose and that's really hard on them and we'll have to get them on antibiotics,” said Hudnall.

Baby season ends around mid-August or September. It just depends on how warm it gets. Come May, the Austin Wildlife Rescue expects to see about 1,000 babies at their facility.