HSSET takes in animals from 13 municipal shelters, many of which are small, rural shelters in an area that has been hit hard by the storm, according to APA!
Author: Britny Eubank
Published: 3:09 PM CDT September 21, 2019
Updated: 10:10 PM CDT September 23, 2019

AUSTIN, Texas — Austin Pets Alive! (APA!) is stepping in to help the Humane Society of Southeast Texas (HSSET) in the wake of Tropical Storm Imelda.

HSSET takes in animals from 13 municipal shelters, many of which are small, rural shelters in an area that has been hit hard by Tropical Storm Imelda, according to APA!. HSSET has now asked APA! to help take in some of their adoption-ready dogs to prepare for an anticipated influx of displaced and stray dogs due to flooding.

By transferring dogs to APA!, HSSET is able to open their kennels to animals from smaller shelters who are already operating at capacity, as well as take in displaced pets.

"The more of our dogs we are able to transfer to Austin Pets Alive!, the more we will be able to help," said Cresta Rumery, the Director of Development for HSSET.

"This partnership is critical to the lifesaving efforts of every animal welfare agency in the affected areas. Their shelters will see an increase in intakes over the next few weeks to months, and they need to have the space to house them,” said Stephanie Bilbro, the director of lifesaving operations at APA!. “Even though this disaster did not directly affect Austin, the messages we've received from our community indicate that people want to help, and so does APA!. We always say fostering saves lives, and this situation is no exception."

Austin residents able to foster a dog were asked to commit by 6 p.m. Sunday. Those interested were encouraged to visit the HSSET website for available dogs and fill out the APA! Dog Foster application.

On Monday, dogs were picked up by their fosters. 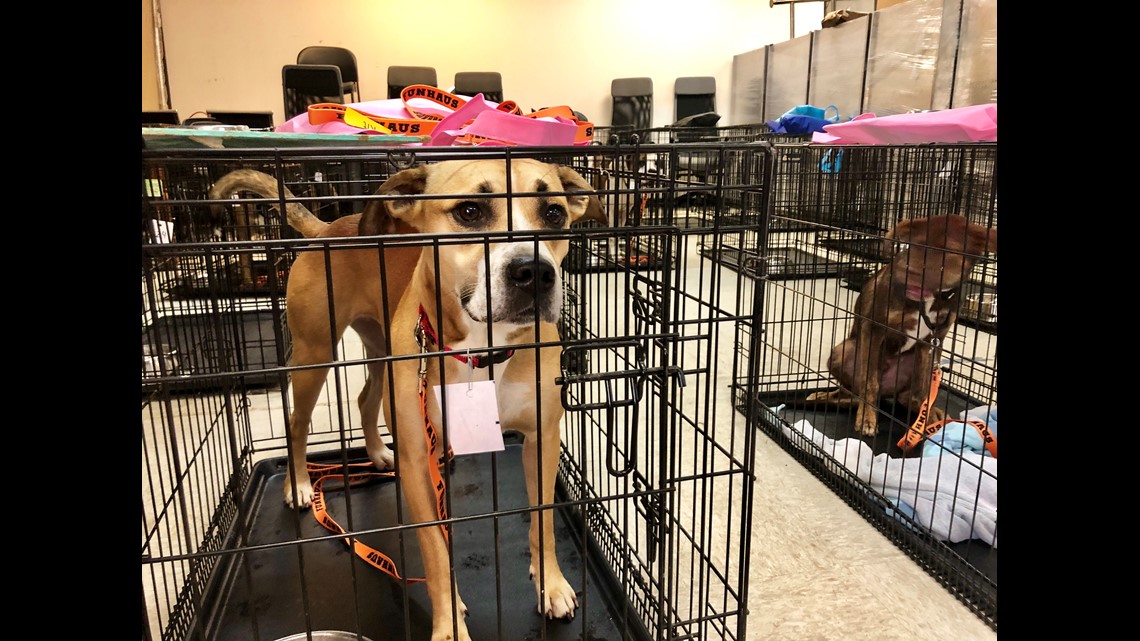 If you were unable to foster a dog but would like to help, you can make a donation at both the APA! and HSSET websites.

APA! is also still in need of cat fosters: