The shelter still has 1,038 animals available for adoption. 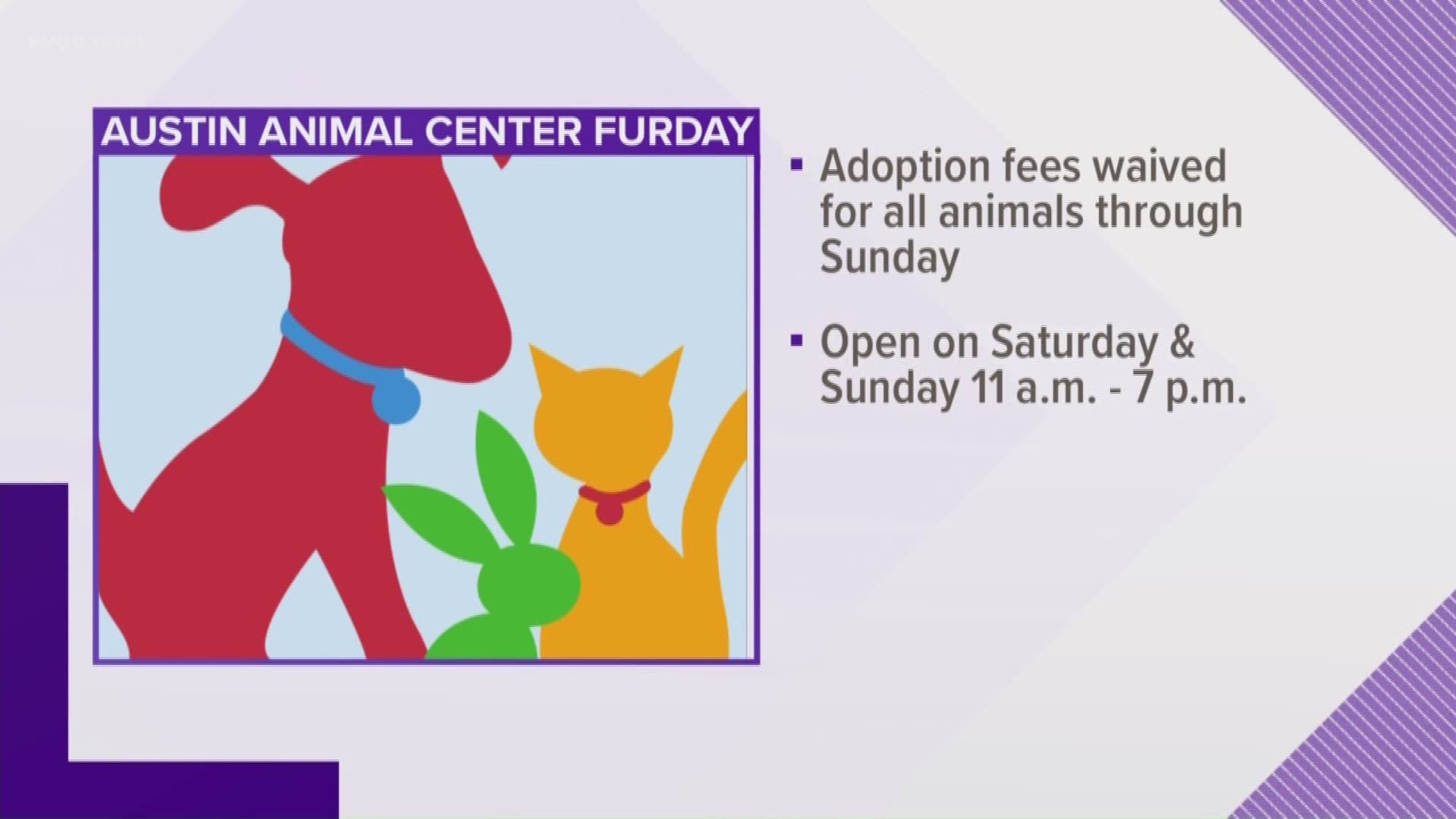 AUSTIN, Texas — Many businesses and organizations participated in Black Friday festivities and the Austin Animal Center (AAC) was no exception.

The animal shelter held its 'Black FURiday' event from Nov. 29 to Dec. 1, which consisted of waiving adoption fees for all of its animals.

The shelter said it was over capacity with more than 800 dogs and cats at that time.

With the event coming to a close on Sunday, AAC posted its results, saying that 298 animals were adopted within the three-day period.

The total amount of animals adopted includes 175 who left the building that day and 123 who are waiting to get sprayed or neutered.

Despite the excitement, the shelter said in their Facebook post they still had to take in 29 pets and currently have 613 animals in the shelter, along with 425 in foster homes.

You can check out the shelter's website to learn more about the adoption process.