We stopped by the 911 Call Center as a four-legged friend named Texsi was on duty to come to their rescue. 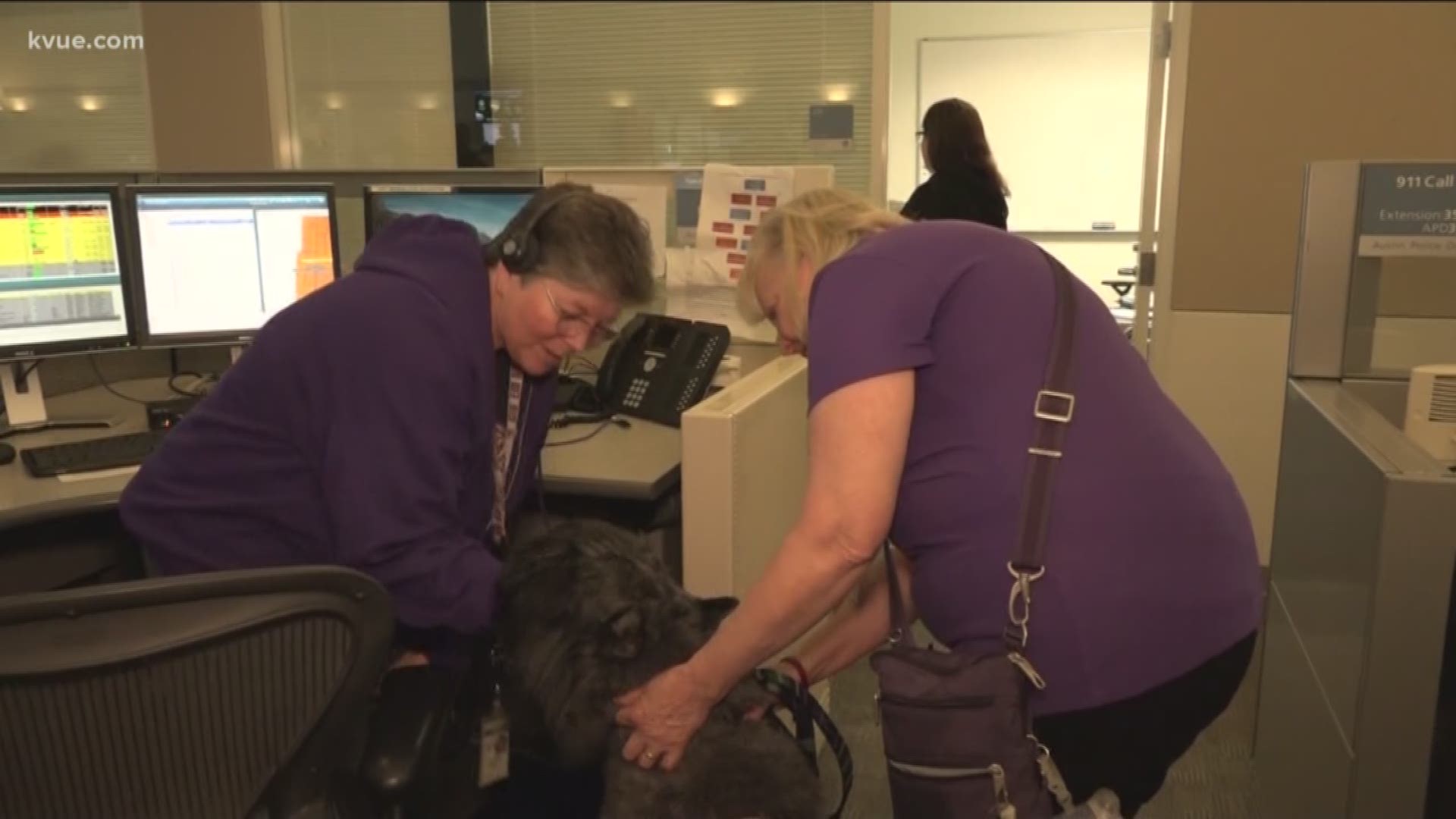 AUSTIN, Texas — When there's an emergency, 911 dispatchers are the first ones we call, but who comes to their rescue?

They deal with stressful events on a daily basis and it turns out, furry friends are right there to provide some relief.

KVUE stopped by Austin’s 911 Call Center. It’s filled with operators from Austin police, fire and EMS departments who are making sure in any crisis, help is on the way.

“We talk to people as they’re going through their worst day a lot of the time,” said Derick Zwermeman, who is an Austin Fire dispatcher.

Those tough calls can be taxing. That’s why a four-legged friend named Texsi is on duty to come to their rescue. The Bouvier des Flandres, a Belgian cattle herding dog, made his way down the aisles to every call taker who might be in need of some puppy love.

“If you bend down and get to close, Texsi will give you a big ole kiss on your cheek,” said Welsh.

Welsh has been a 911 call taker for APD for 15 years and said she always makes sure to get her time in.

“You just get to kind of unplug and just not be concerned about anything but that moment,” said Welsh.

“It takes me back home where my puppy is at the house, you know,” said Zwermeman.

Dispatchers have Duke and Karen Kimbrough to thank. The husband and wife duo started the nonprofit K-9's On Call in 2017, hoping to fill a need and provide some support to 911 dispatchers and first responders during life's most tense moments.

“It's been found that petting the dog releases some bonding hormones that are good and they're a stress relief,” said Duke Kimbrough.

Our furry friends are there on call whenever our heroes need a break.

“They're a breath of fresh air,” said Zwermeman.

K-9's On Call is the first therapy dog organization in Central Texas to provide this kind of support. Texsi isn't the only one on call – there are seven dogs ready to visit any day of the week.