The tour was supposed to happen in person during the spring, but the pandemic forced its organizers to change course. 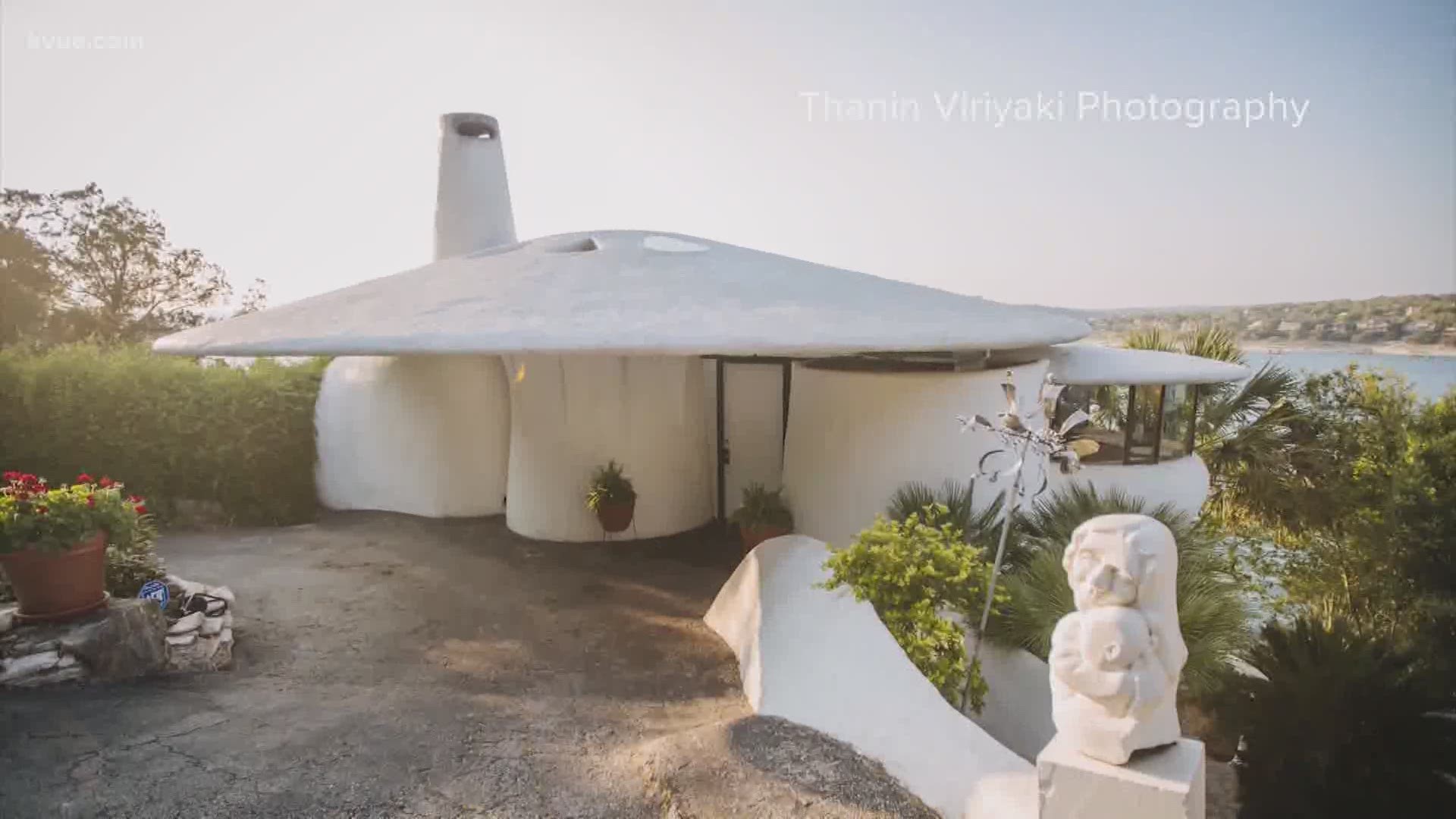 AUSTIN, Texas — The COVID-19 pandemic has forced event organizers to rethink how they operate in 2020, and that includes Austin's Weird Homes Tour.

In its seventh year, the tour was supposed to happen in the spring, but the pandemic forced its organizers, David J. and Chelle Neff, to postpone it until Saturday, Sept. 5.

But instead of touring the weird and intriguing homes and buildings in person, people who purchased tickets could tour them from the comfort of their homes.

"What's really cool about going virtual is that people can watch from all over the country and see what's going on in Austin," spokesperson Kristen O'Brien said.

Saturday's virtual tour, which was streamed via Zoom, oftentimes with a spotty connection, featured eight homes and buildings.

One of the homes featured in the tour is known as the Sand Dollar House, which overlooks Lake Travis. The tour also featured The Barlett Bank House, which is a 1904 bank featured in 1998's "The Newton Boys" starring Texas's own Matthew McConaughey.

"You kind of get the voyeuristic view into someone else's home and their interest in their collections and their passions. And to me, that's really special, because even if you didn't think you were interested in a Barbie collection or KISS, their passion about it is contagious," O'Brien said.

If you missed the tour, you have until the end of Saturday to purchase a $25 ticket and get access to a recording of the tour that expires in two weeks. Ten percent of ticket sales will go toward LifeWorks, a homeless advocacy group in Austin.

The next virtual Weird Homes Tour is happening in Portland, Oregon, on Saturday, Sept. 26.

The tour's organizers are also recruiting people with "weird" properties for a future tour in San Antonio.

'Many boats in distress,' several have sunk during 'Trump Boat Parade' on Lake Travis, TSCO says