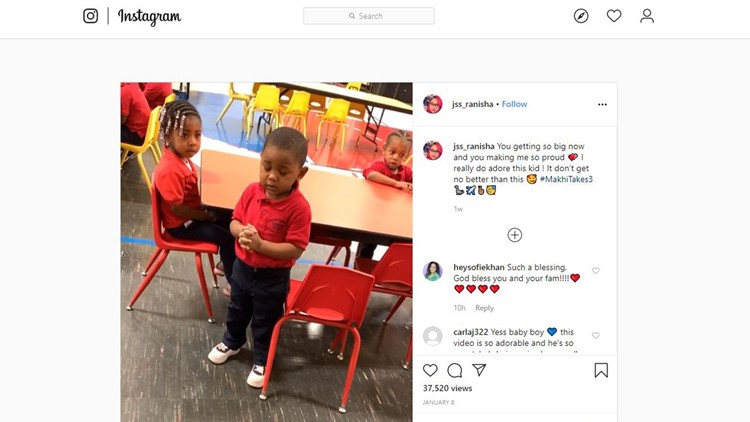 A 3-year-old boy’s prayer has been heard around the world thanks to a viral Instagram post made by his mother.

In the video, little Makhi Martin can be heard leading his preschool class in prayer, thanking God for food and asking for blessings for “all the boys and girls all over the world.”

The video was posted in early January and already has nearly 40,000 views on Instagram alone.

On Saturday his mother, Ranisha Martin, posted a follow-up Instagram video where her son thanks everyone for their support.

Ranisha indicates that they’ve received positive comments and shares – and even money.

The mother told ABC News the prayer happened Jan. 7 at the child’s Christian school in St. Louis. She said she was shocked because she had never heard him pray so clearly.

RELATED: 'It means the world to me' | Father's Christmas wish answered for son with autism