Round Rock veteran starts art festival to help others with PTSD

ROUND ROCK, Texas — Glen Towery said he was supposed to stay in Vietnam for four years. Instead, he returned to the U.S. after four months of service.

He said the damage was already done.

"We were on the gun line shooting constantly, day in and day out ... I saw the bombardment, I saw the cities that were leveled, I saw places being demolished by bombs and just a lot of human carnage," Towery said.

He didn't realize he even suffered from post-traumatic stress disorder or PTSD until he went to see a doctor.

"Mr. Towery, did you know you're hyperventilating, that's why you're dizzy?" the doctor asked Towery.

PTSD took a toll on him.

"PTSD took from me my sense of value as a person and replaced them with memories that were harmful," he said. "One thing is, I tried to kill myself."

Veterans with PTSD, anxiety turn to beekeeping for relief

Former Marine helps other soldiers heal by 'walking off the war'

Towery said at the time, he had turned to the acting, singing and dancing to make himself feel better – and it worked.

"What art does is art forces you into the now, and you have to be present to do art," he said.

Fast-forward to 2010 when his wife, Juanita, was diagnosed with breast cancer. The professional painter couldn't paint anymore.

"When I had to battle the cancer, it completely took me out of the creative zone," Juanita said.

But painting was something Towery loved watching her do. He had been asking her to paint a clock they had because he didn't like the way it looked.

That's when he took up painting himself.

Now, their Round Rock home has nearly 100 clock paintings. 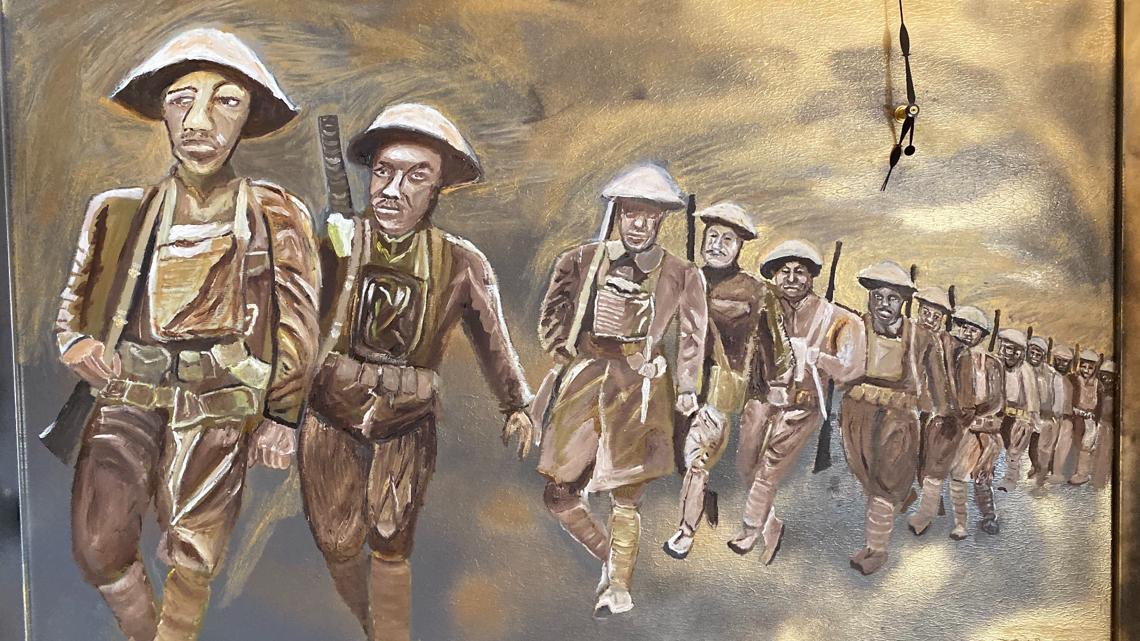 He wants art to heal other veterans struggling with PTSD because he doesn't believe enough is being done to help them.

"Veterans are the only people that I know, they got so much heart, they will sign up, they will go and fight and if necessary, die for people they don't even know, may never even meet," he said.

For the past two years, Towery has worked on the Austin Veterans Arts Festival, a month-long celebration of veterans through art.

The festival starts this Saturday, Oct. 12 and runs through Nov. 16. Towery said he hopes people attend before time runs out.

WATCH: Cedar Park artist gives back to her community