On the east side is where Austin saw its first black firefighters, including a local unsung hero of the civil rights movement. 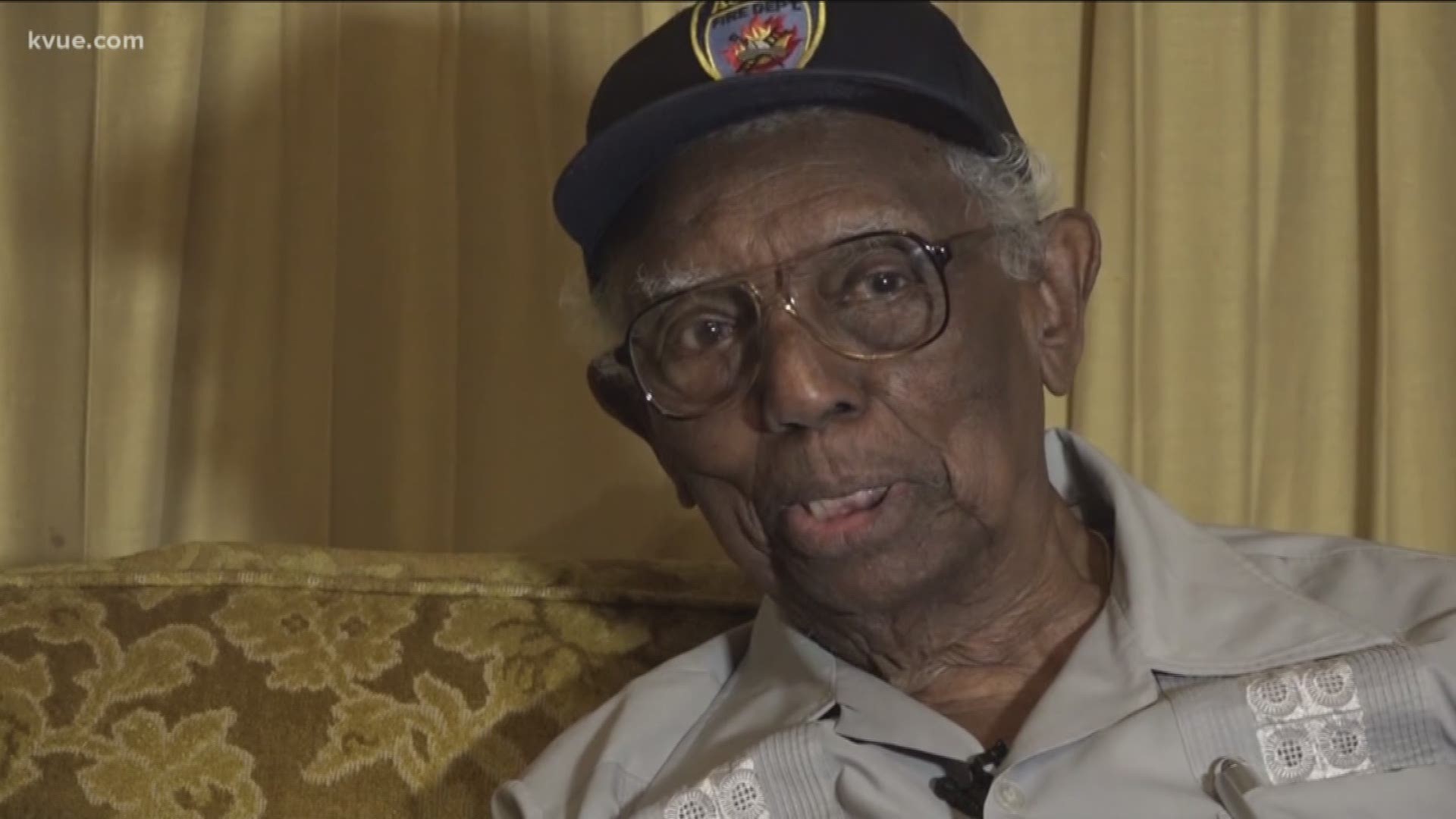 AUSTIN, Texas — Austin wasn’t always the boomtown it is today.

In the 1950s, the capitol city was much smaller and deeply divided. What is known as I-35 today, used to be East Avenue, and it was the dividing line between black and white communities.

So, when you're one of the firsts to do something, there’s usually quite a journey getting there.

“People began to wonder why we didn't have more blacks at all of the stations,” said Marvin Douglas, first black fire inspector in the state of Texas.

Reflecting at his home in Austin, 92-Year-Old Marvin Douglas is one of the city's first black firefighters. A few months after the city hired his friend Nathaniel Kindred, one the first three African American firefighters in the state, Douglas said Kindred approached him.

“He said do you want to be a firefighter? I said no,” said Douglas. “I didn't think that was a great job at the time. He said look at what you're doing and I looked around and I was a maintenance person and I went in and applied the next day."

He passed the exam and joined the first three at Station 5 in East Austin in 1953.

“The people in the community applauded us, made you feel good and we would go and do the best we could to extinguish the fires,” said Douglas.

But as you can imagine, as trailblazers in the 50s, their journey wasn't easy.

“All we wanted was a chance,” said Douglas. “The biggest problem is you all sleep together, some people wasn't used to that and they had a little problem with that."

Slowly but surely things did begin to change. Mr. Douglas continued to break down barriers in the late 1960s, when he shifted from fighting fires to preventing them. He became the first black fire inspector in the state of Texas, but with that success came a few obstacles too.

“I did all the public schools, broker schools, and the businesses, day cares and things,” said Douglas. “Some of the people were a little reluctant…they didn't want you coming in these areas because they had heard other things."

Now years after his retirement, the department has come a long way. In December of 2018, he had the chance to pin the badge on the Austin’s first black fire chief, Joel Baker.

Douglas, who waited 65 years for that moment, said that's something he never thought he'd see.

Austinites reflect on how Martin Luther King Jr. is impacting their lives today

History made: 17 African-American women sworn in as Harris County judges

“It was very exciting to me,” said Douglas.

“It really was a very emotional moment for both of us,” said Chief Baker.

Chief Baker said it is men like Douglas who helped him get to where he is today.

“Those African American firefighters who were the first on the job who came before me. They laid the foundation down so I could not only be a member of the fire service and a member in the fire service but to be a fire chief," said Baker.

The Austin Fire Department now has 59 black firefighters. That's more than before, but that number only represents five percent of the department. Douglas and Chief Baker agree the need for greater diversity hasn’t ended.

“Everything’s not perfect,” said Douglas. “We still have problems…and in the fire department we need some more people of color."

Not only does Douglas hope to see more African American firefighters, Chief Baker said he is committed to increasing diversity within the department.

The department will start accepting applications on Monday, February 4th through the end of March. 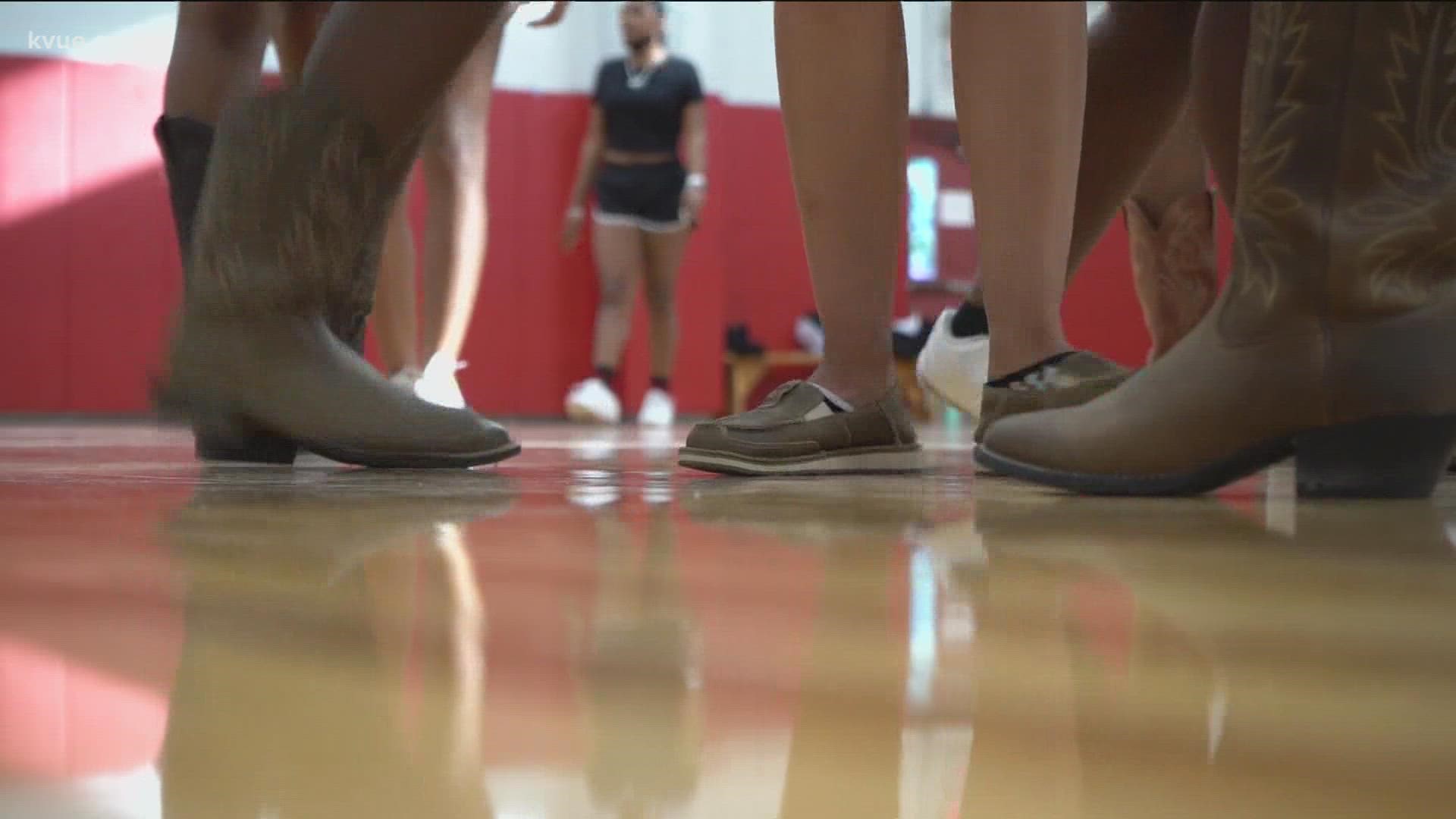 Behind the Poms: Manor High School