After waking up with a foreign accent following surgery, a Rosenberg mom's story has gone viral. Lisa Alamia has been speaking with a British accent since having jaw surgery seven months ago. 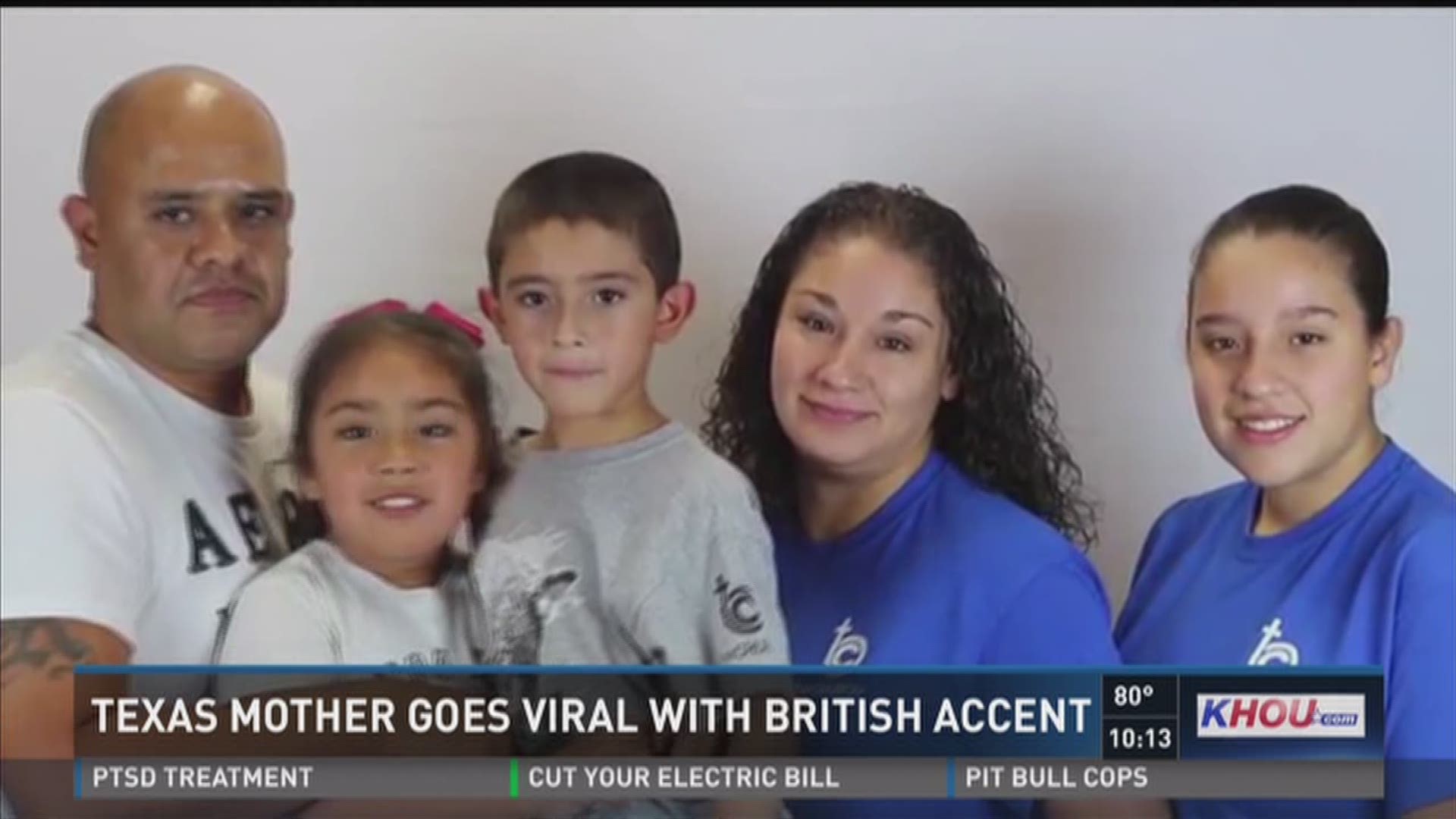 After waking up with a foreign accent following surgery, a Rosenberg mom's story has gone viral.

Lisa Alamia has been speaking with a British accent since having jaw surgery seven months ago. Since then, her neurologist, Toby Yaltho, has diagnosed her with Foreign Accent Syndrome (FAS).

"I was perplexed as you would say and fascinated by this accent she had that just came on suddenly." Dr. Yaltho said.

After we interviewed her on Tuesday, people all over the world are now talking about her rare and fascinating case.

Lisa Alamia and her family before she had surgery.

"I'm getting a lot of calls from media outlets just wanting to speak with me, hear my story." she said on Thursday.

Lisa is speaking with reporters from around the world now and hopes her story can help science.

"We thought maybe a local newspaper...we never thought it would turn into national, international news." she said. "My thing is just advancing medicine, that this is just something that happened, it's not something that's fake and if other people have experienced it, come out, get help, go to a doctor."

Dr. Yaltho said FAS is so rare some neurologists haven’t even heard of it.

“I think as we kind of raise awareness, we might find more patients or people who have this condition and potentially (the) ability to study (them).”

With Lisa, Dr. Yaltho ran a variety of tests to make sure she had no signs of a stroke or a seizure.

Then, thanks to a research grant, they recently ordered a functional MRI of Lisa’s brain. They hope it helps explain why her accent changed suddenly.

With very little known about treatment or why fewer than 100 people have ever had it, Lisa hopes to become part of the case study leading to a medical breakthrough.

At the very least, Lisa hopes to regain her Texas “twang” while doctors learn more about the syndrome no one yet understands.