Cody Rogers says his wife Brittney always wanted a pool, but it was his idea to make it Texas shaped. 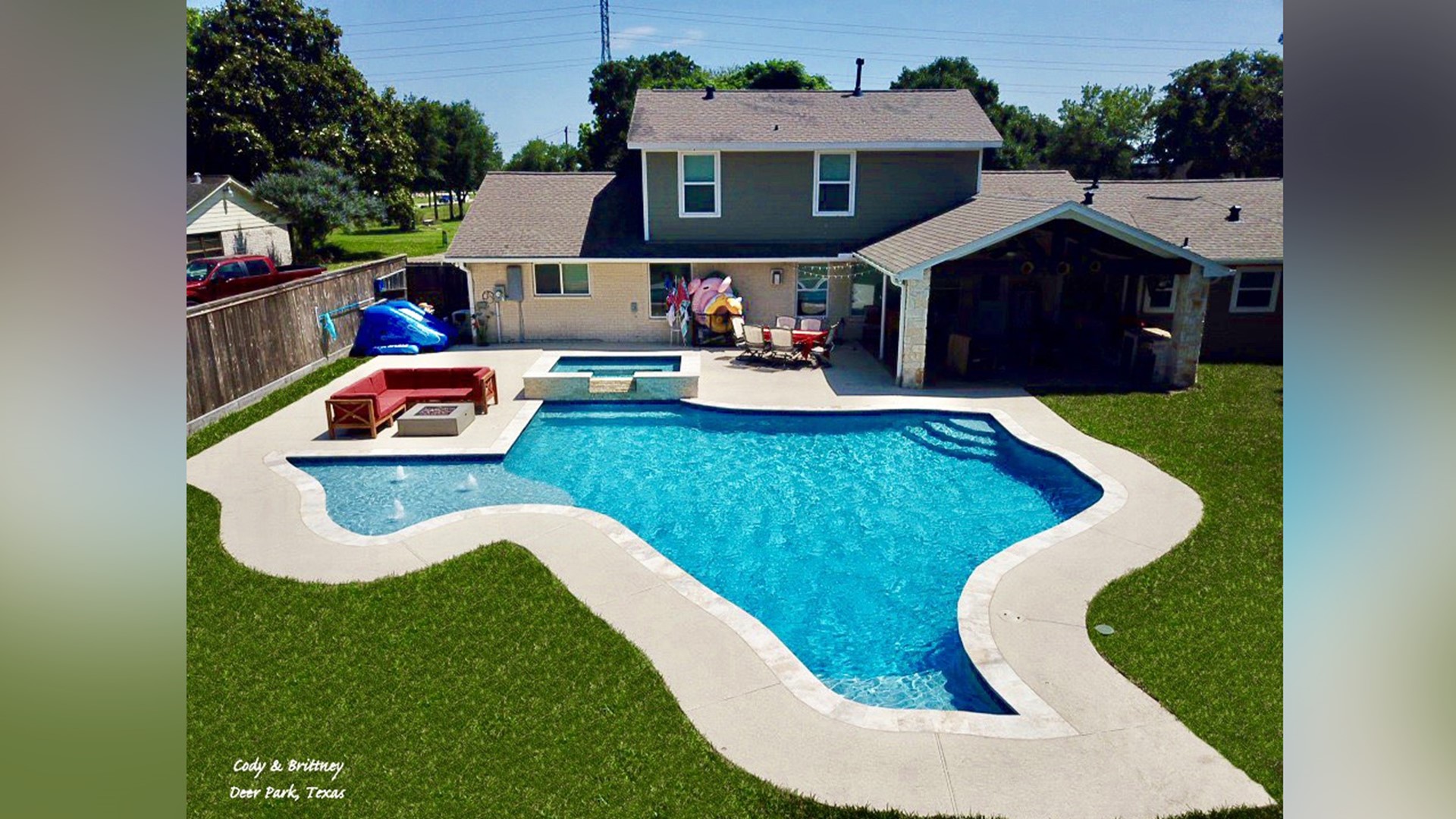 PASADENA, Texas — Who needs a downtown Texas-shaped lazy river at some pricey hotel when you can have your own private Texas-shaped pool in your backyard?

That's the dream-come-true for a Pasadena family.

Cody Rogers tells KHOU 11 News they put the Texas pool in just in time for summer. He shared these photos with us.

He says the pool is just under 30,000 gallons. As you can see in the pics, the panhandle portion is heated. And there are water features in West Texas.

Credit: Cody Rogers
Cody Rogers shared these photos of his family's Texas-shaped pool at their home in Pasadena

Credit: Cody Rogers
Cody Rogers shared these photos of his family's Texas-shaped pool at their home in Pasadena

The pool is equally beautiful at night thanks to underwater lighting.

Rogers says he and his wife grew up in the Houston area and went to high school here. Their fathers, Billy Rogers and Tommy Creek, instilled their love for Texas, Cody Rogers says.

Rogers says his wife Brittney always wanted a pool. While he wasn't immediately thrilled with the idea, he eventually decided to take it a step further by making it Texas shaped.

The couple has two young children, Ellie and Keegan, who will likely grow up loving the Texas pool behind their house!