"It was like a rebirth of the museum," said Dollie Thomas, historian and board member with the museum. 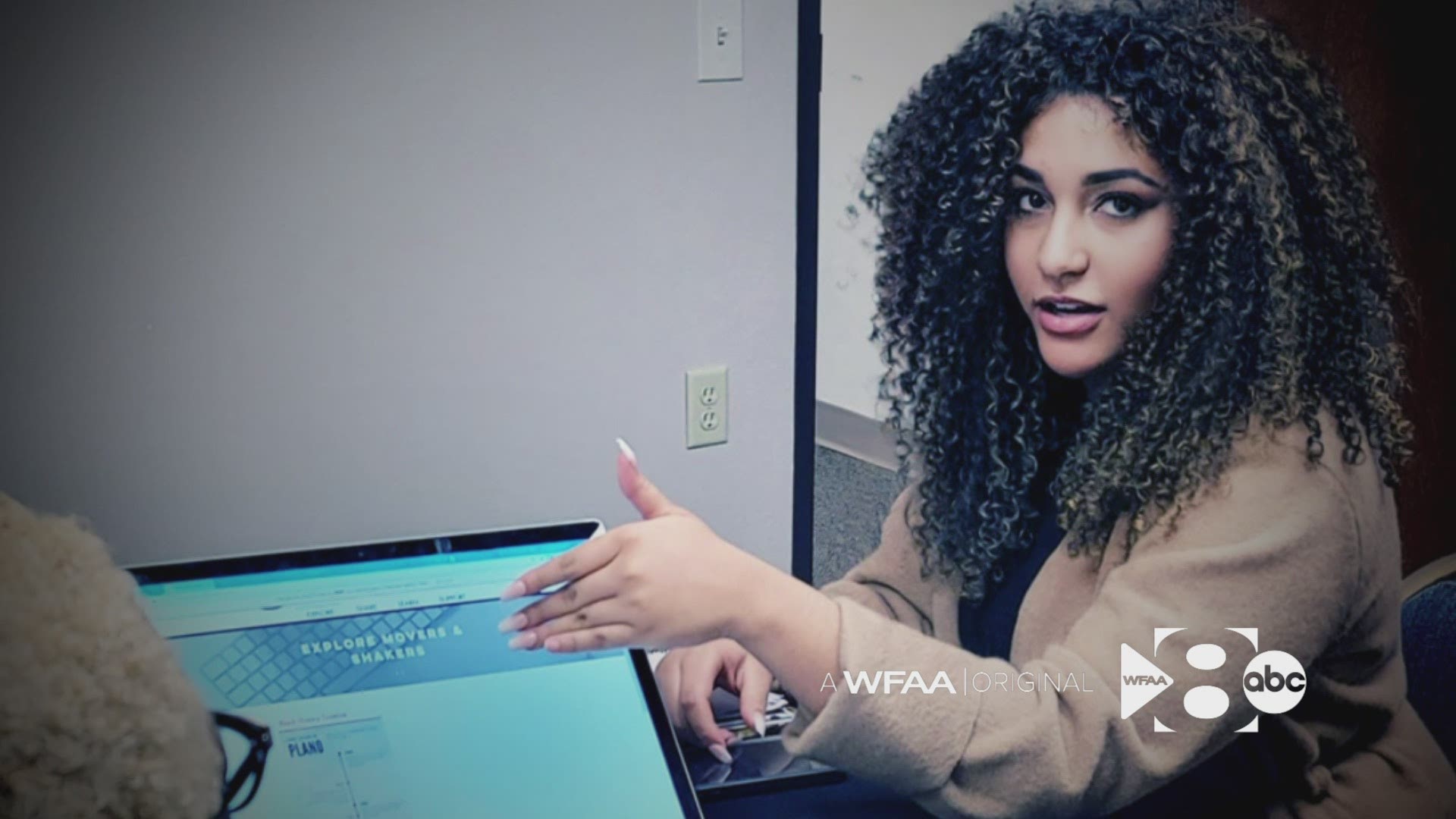 PLANO, Texas — Zara Jones, 18, always knew who she was on the basketball court. There was no hiding her passion for the sport. She had dreams of playing college and professionally.

"I love basketball. It was my life, everything revolved around basketball," Jones said.

Her entire life was centered around the game and until September 2017. She was a passenger in a major vehicle crash that left her with emotional and physical scars.

"Upset is not even the word I felt. I felt much more than upset," Jones said.

That crash would reset her course in life. She sustained injuries to her head, back, and kidneys, which made playing basketball almost impossible.

"She was beyond crushed. It was rock bottom," said her mother Irum Jones.

The once socially and physically active teenager retreated to her bedroom for months. It was in that bedroom and seemingly at rock bottom where she found her love for writing. Her mother was a writer.

"She was probably in her room 14 hours at a time," said Irum.

Just when you thought she'd lost all sense of self the opposite happened. Zara took her love for writing and her want to find out more about her roots and turned it into a project. Zara saw that the Plano African American Museum hadn't been open in several years. She decided to give it life by giving that museum a new home online.

"Give it life. It was like a rebirth of the museum," said Dollie Thomas, a historian and board member.

The museum's rare stories and artifacts that had remained locked behind doors were waiting for someone with a key or an idea.

Zara made reviving the Plano African American Museum her Gold Award project for the Girl Scouts. She did countless hours of research, built timelines, and gave context on the history of black families in Plano and Collin County.

By moving the library to an online forum she has opened it up to a much larger audience.

"At some level she's received some closure on what she's always asked about," said her mother.

Zara is half Black and half Pakistani, and 100% ingenious.

"While all of us old people are wanting to unlock the door and open the physical door she's opened up the doors of the imagination to everybody now," said Thomas.

"She is just wow! The world needs to look out for her," said Eleanor Stimpson Evans, who is a historian and part of the first Black families in the area.

Zara Jones has literally unlocked history. Her story is about finding your identity in the hardest of times.

"That's a skill I learned from basketball: you have to keep pushing," Zara said.