Meet Dell employee who works out of her 'She Shed'

Eryn Logan does it all -- juggling a full-time job, two kids, a husband, and two dogs. It's thanks to a growing trend -- working from home. KVUE News got a tour of her unique 'She Shed,' where she gets her work done. 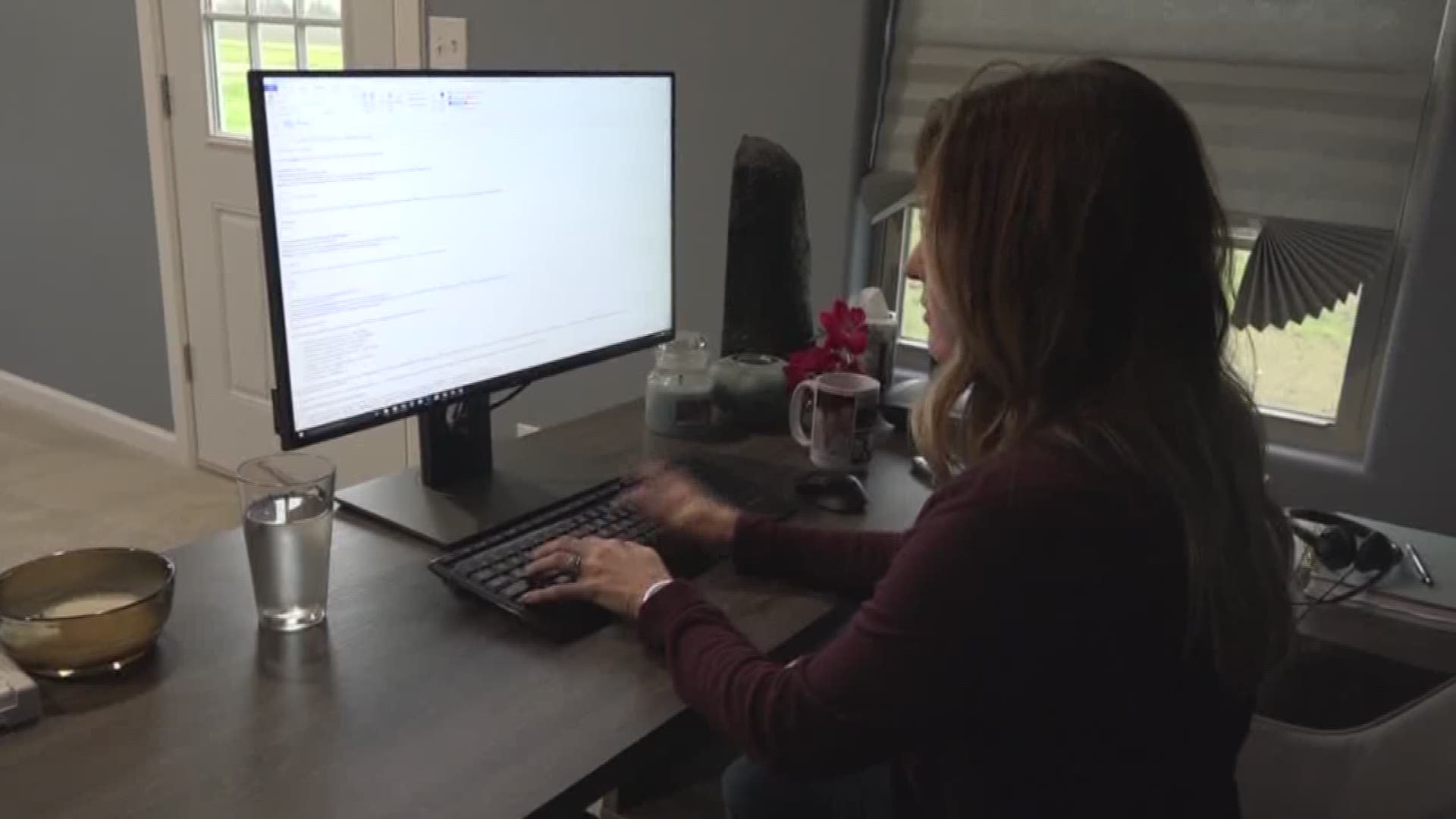 Eryn Logan does it all -- juggling a full-time job, two kids, a husband, and two dogs.

It's thanks to a growing trend -- working from home, as employers across the country are trying to find ways to get the most out of their workers and keep them happy at the same time.

"I am a global marketing and advertising manager,” said Eryn.

Instead of commuting to the Dell office, she works at her home in Bartlett, Texas.

"I live out in the middle of nowhere basically,” she said.

She gave KVUE News a tour of what she calls her "She Shed.”

"Totally separate from the house, which is awesome, because I can come out here, and its quiet, and no one can bother me,” said Eryn.

It's the woman's equivalent of the “man cave.” Eryn not only works in her ‘She Shed,’ but works out!

"Usually midday, not mornings, because I'm not an early morning person,” she said.

She reads, has a resting space and considering how much time she spends here, she's made sure to put some personal touches. On her wall, she put up the letter, “E” for Eryn. She also has some candles, flowers and a special gift from her father.

"Crystal rock, he's a geologist and very much wanted me to have one of his stones in my new space,” she said.

Eryn talked about the benefits of working from home.

"Just being able to save that drive time of not having to go in the office,” she said.

With two kids in the house, she talked about the benefits of her beloved "She Shed."

"If I'm working from home, they know not to come in here, and I can lock them out if I need to!" she said.

When asked if there is a downside to working from home, Eryn said there is only one.

"I do like to get face time, I go in usually once a week to see everyone and just be social, but that's really the only downside is missing the people interaction,” she said.

As for what her husband thinks of her woman cave, he said it was actually his idea!

"Well, she was needing a little more privacy, and I was happy to get her out of the house, so I thought it would be a good idea to her out here to a little storage shed!" she said.

The couple said it was well worth the $10,000 investment, as Eryn works from home at least two to three times a week.

Eryn is a part of the growing trend in the U.S. A new Gallup report shows about 4.6 percent of workers worked from home in 2015, which is a 5 percent increase from 2014.

Locally, Dell is reporting 25 percent of its employees work from home. The company projects that number will grow to 50 percent by 2020.

Studies show it’s best to get the best of both worlds. The most productive workers are reportedly not the ones who only work at the office or completely in a remote area, but those who work a couple times a week at home and at least once a week in the office. 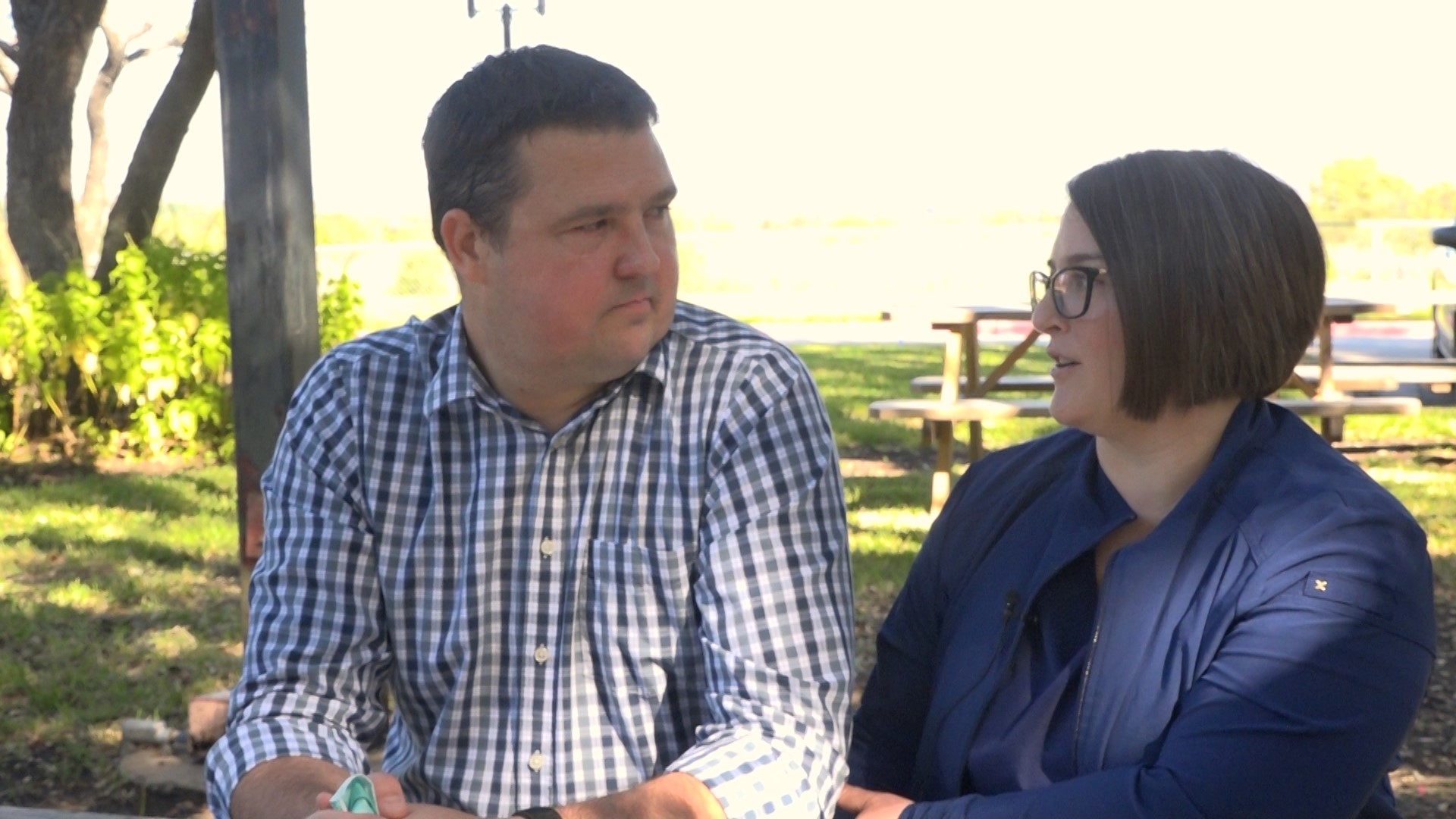 A story of inspiration: One Austin woman's journey from caring wife to St. David's nurse