Jennifer Stephenson was promoted this week as the first woman to serve as APD assistant chief since 2016. 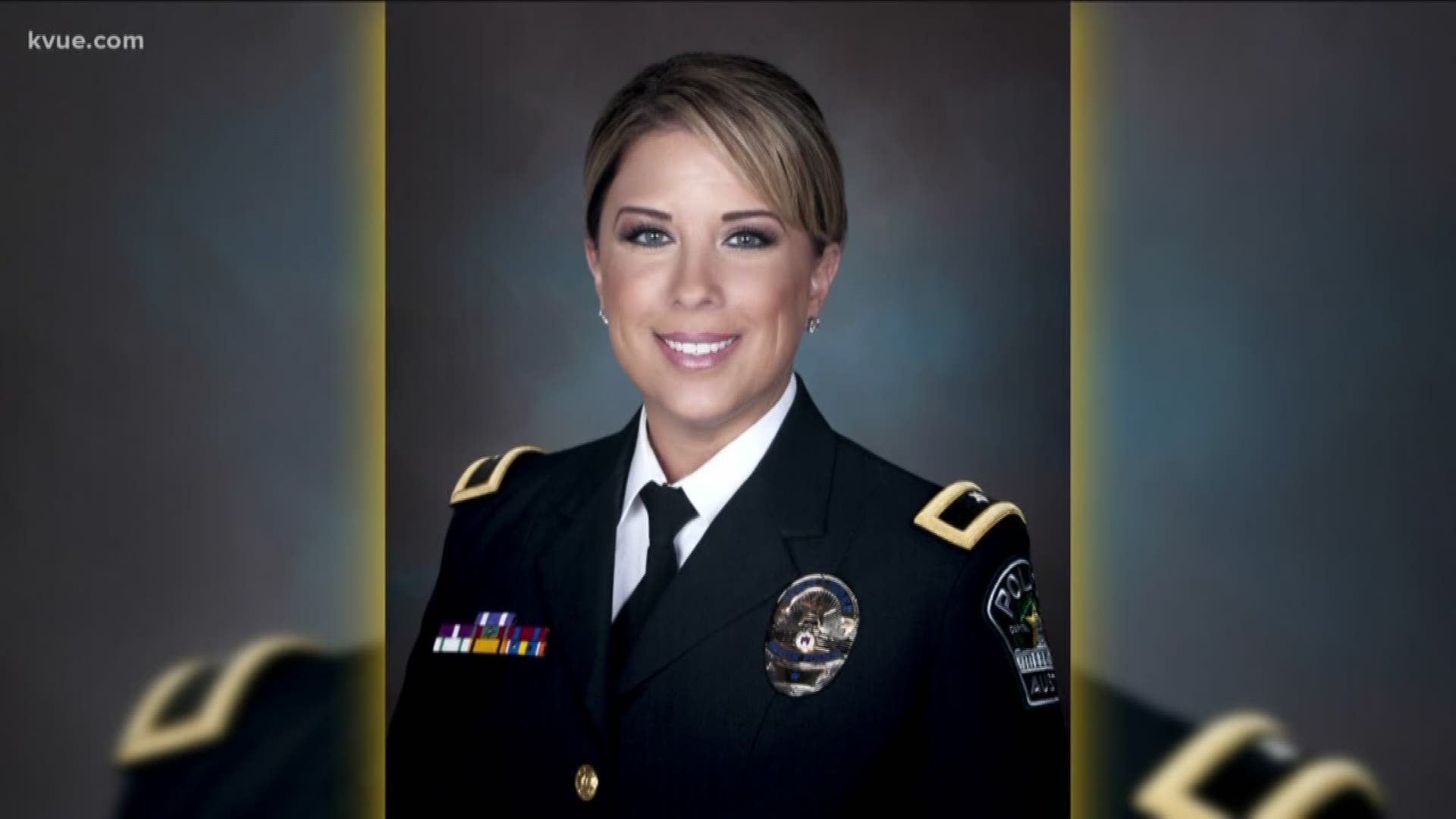 AUSTIN, Texas — There is a new face in charge at one of the top levels of the Austin Police Department.

This week, Jennifer Stephenson was promoted as the first female assistant chief since 2016.

"I just started, so in three days, it's been great," Stephenson said, laughing.

That's one of the first things you'll learn about Stephenson when you talk to her: she loves to laugh and has an easy-going sense of humor.

But behind that humor is a woman who has taken her job as a police officer very seriously, according to Austin Police Chief Brian Manley.

"We have gone for a few years without having a female assistant chief because you can't pick someone just to check a box, for lack of a better term," Chief Manley told KVUE.

It's the only position in the department that the chief appoints and, in this case, Chief Manley said it was Stephenson's experience working as a commander over downtown, as well as her experience in internal affairs and organized crime, that made her the perfect choice.

"It's a difficult decision every time we have a vacancy come up because normally we're picking from a group of 18 commanders, many if not all of whom have great skills that would help the team. It's just 'What do we need?' at that moment," Chief Manley said. "Jennifer's got a lot of experience working in the downtown area command and a lot of the issues that we're facing right now, not only as a department but as a community, are really focused in the downtown area command."

In all, there are only six assistant chiefs in a department of 1,900 sworn officers.

"All I ever wanted to do was be a police officer. Period," Stephenson said.

Since her time as a cadet in 1995, Stephenson said mentors have helped propel her forward. And, she jokes she's found success despite her small stature.

She also worked her way up the ranks while raising two children with her husband, a fellow Austin police officer.

Stephenson has been married to Corporal Jon Stephenson for 24 years. Together, they are one of the longest-married couples in the department.

"It definitely is a struggle with childcare when you both work nights, but we worked it out and it worked great and we're excited for that," Stephenson said.

Now she said she's looking forward to this latest challenge while inspiring other women and girls in the area.

Her message to young women interested in police work?

"Absolutely, you can do it."

RELATED: Teach your kids about NASA's female pioneers with this $16 LEGO set