40 celebrated couples share their secrets to long and fulfilling marriages. 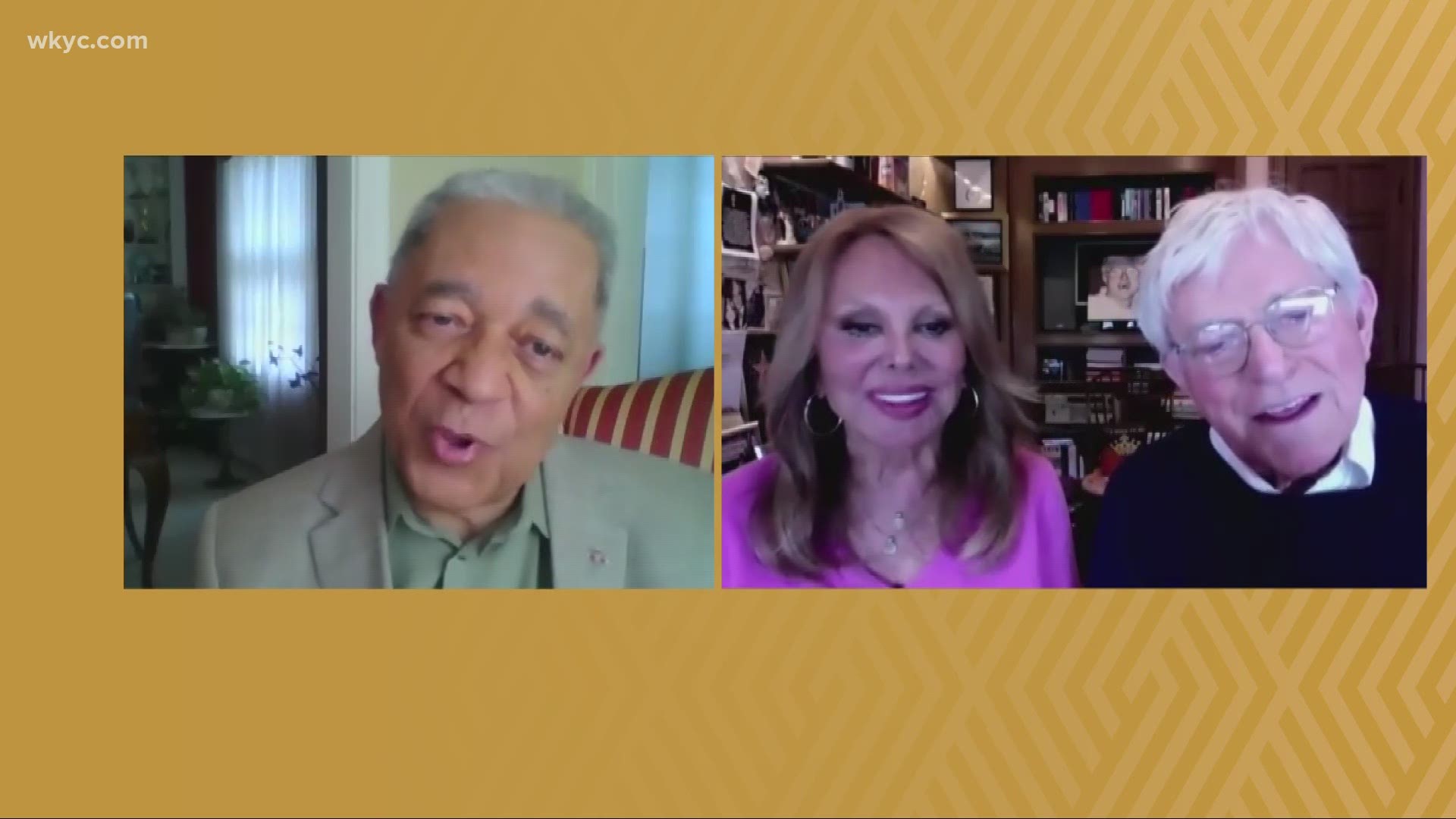 CLEVELAND, Ohio — For tens of millions of Americans, their faces are familiar from television.

Married now for forty years. And authors of "What Makes A Marriage Last."

As part of their 40th anniversary, they wanted more answers.

"And we thought, wouldn't it be interesting to get out and talk with married couples that we've admired, and see if we could put togther what is this puzzle?" Thomas said.

Hollywood's Viola Davis told them marriage does not start on the walk down the aisle with the ring and the rice, but at the breakfast table when you see …

"This person who's got a habit that you just can't stand and you think, 'oh my God! I'm not going to be able to live with that person!' And then you say to yourself, 'but I love this person,'" Thomas said.

Love blossomed a few years after Marlo and Phil met when she was a guest on his "Donahue" show. Married, they learned each partner must show the other a true self including vulnerabilities.

Their book is not a "how to" book. The couple call it a "what" book. What the forty couples did when they hit big obstacles in marriage. Example: When there is an argument that goes like this: "When you said.....!" "No, I didn't!" "Yes you did...!"

"Sooner or later, somebody ought to say, 'oh, lets kick that can down the road.' And marriage has a lot of cans down the road," Donahue said.

"What Makes A Marriage Last" is in paperback and available at most book retailers as well as on Amazon.

RELATED: Akron man to appear on upcoming season of ABC's "The Bachelorette"

RELATED: An uplifting gesture, a miraculous recovery and a dancing flower man: It's All Good (News!)

RELATED: 'He is a miracle': Ohio husband, father of 4 returning home after 126-day hospital stay