'Lady Bird: Beyond the Wildflowers' exhibit opens in Austin 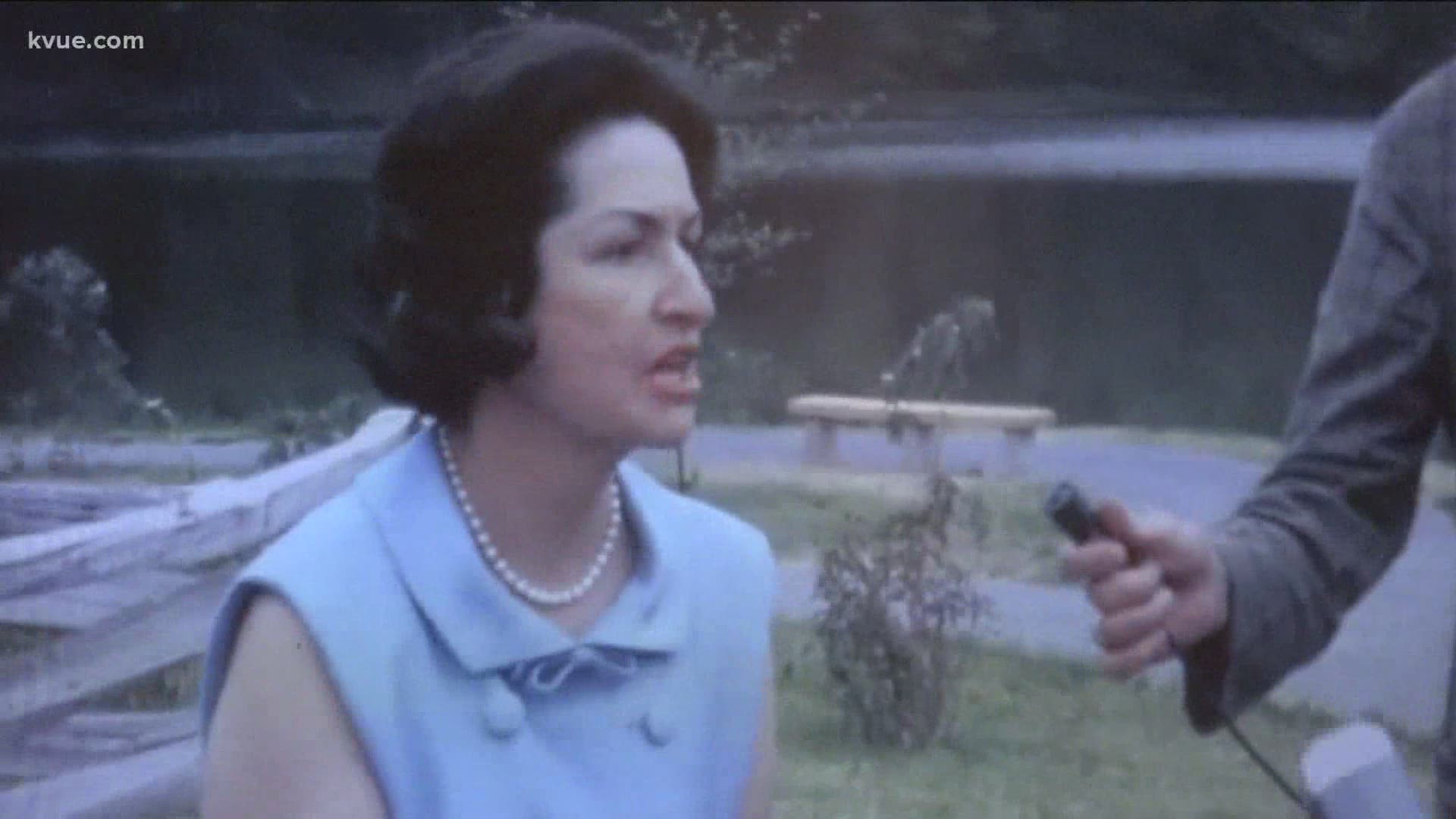 AUSTIN, Texas — Calling all Texas history buffs! Tuesday is the grand opening of a new exhibit at the LBJ Presidential Library in honor of former First Lady Lady Bird Johnson, who was married to former President Lyndon B. Johnson. Both Texas natives had a deep love for Texas, but especially for Central Texas.

The exhibit is called Lady Bird: Beyond the Wildflowers. Historically in Austin, Lady Bird Johnson has primarily been known as an environmentalist and advocate for local natural areas. But as this exhibit shows, she was so much more than that.

RELATED: 'Beyond Van Gogh' at COTA gives people a look into another world

KVUE's Hannah Rucker sat down with Lady Bird Johnson's youngest daughter, Luci Johnson, who said she's excited for people to learn about her mom for the very first time.

"She really was so ahead of her time," said Johnson

The exhibit highlights other parts of her life as a journalist, an activist for those experiencing poverty, a mother, a businesswoman and someone who loved fashion and hosting gatherings.

You can find never-before-seen journal entries, articles of clothing, audiotapes of her and the former president throughout their adventures and time in the White House.

Johnson also commented on the Democrats leaving for Washington, D.C., to fight for Texas voting rights.

"Many of those legislatures are risking their political lives, they're hampering their families well being by being gone," said Johnson. "I believe that they are making a great sacrifice, I can't help but believe that Lyndon B. Johnson and Lady Bird Johnson would be fiercely proud of them."