A look inside a $3.6 million dollar home in Austin's Barton Creek neighborhood 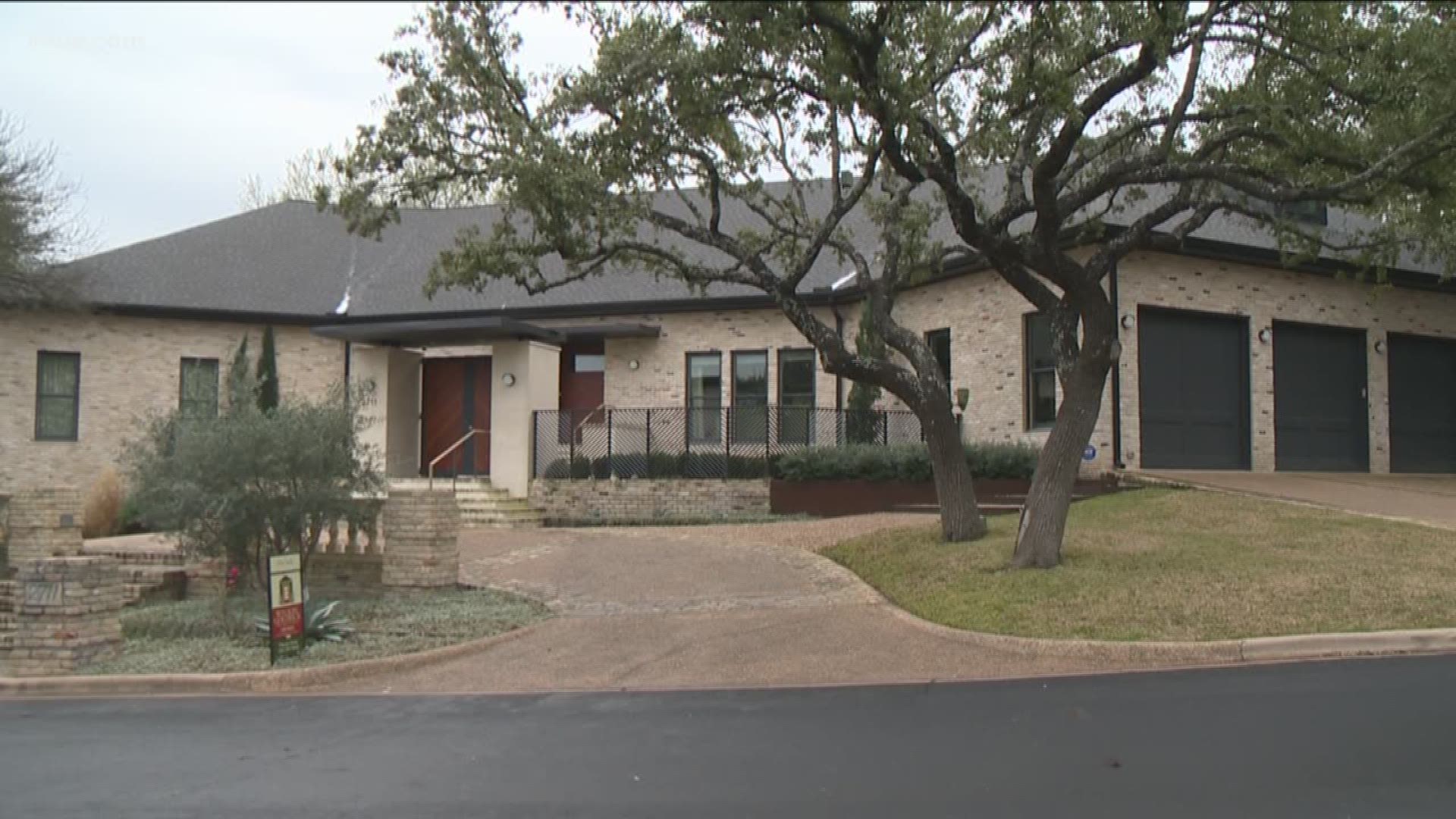 AUSTIN, Texas — Austin is catching up to big cities like Dallas and Seattle when it comes to pricey real estate.

According to the site, the median home price in Barton Creek shot up to just over a million dollars at the end of 2018. That’s up from $935,000 the year before.

So why do people want to pay big bucks to live there?

"The homes are new, they were built in the last decade or two. The proximity to retail on Southwest Parkway and in Westlake, and then also the schools, the private schools,” explained realtor Ashley Crider with Moreland Properties.

Crider said there aren’t many homes listed near the one-million dollar mark in Barton Creek. Many are far over that.

For example, we toured a brand new, $3.6 million dollar home in Barton Creek just listed this week on Verano Drive.

The home, by builder Keith Husbands, is 6,700 square feet with 4 bedrooms and 7 bathrooms on a little over one acre lot.

"A $3.6 million dollar house is not uncommon, it really isn't, in several areas of Austin, especially Barton Creek,” said Crider.

However, it’s not the only neighborhood where the majority of homes sell for over a million.

Take for example, this house in Tarrytown just west of Downtown Austin. It’s on the market for $3.75 million.

As Crider points out, it’s hard to find a house around downtown any more than isn’t over a million.

“Is it slowing down? No way," said Crider.