In Other News: 'A little more intense than I expected'

The Dark Circle Sumo Club is trying to grow the sport, one match at a time. 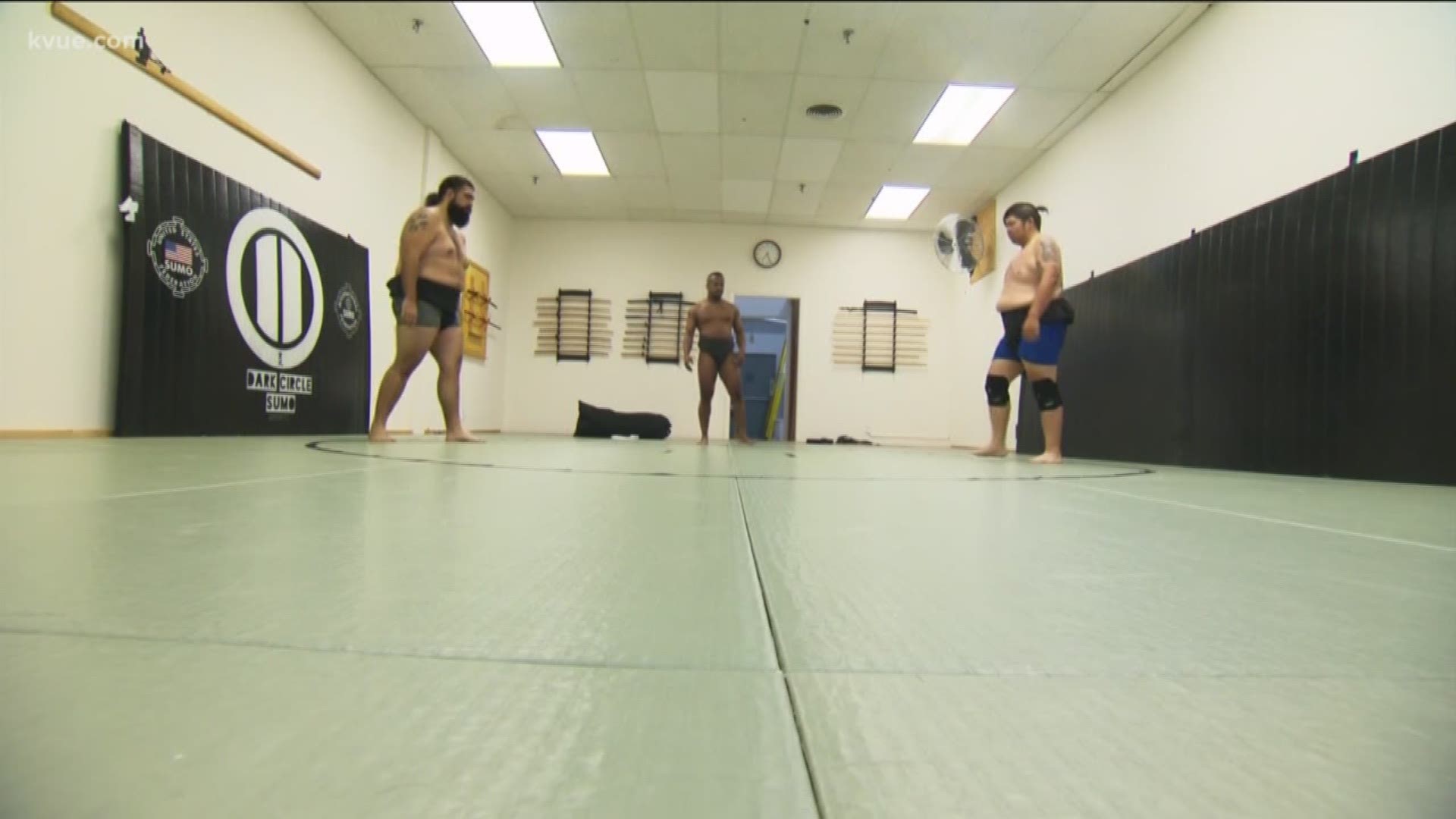 AUSTIN, Texas — "In Other News" is a KVUE series where stories that normally don't have time to make air are told.

In this edition, KVUE spent a night with Austin's Dark Circle Sumo Club.

The founder, Justin Kizzart, said sumo is a sport that's growing in popularity even though it's centuries old.

Kizzart is in the business of growing brands. As a graphic designer, he helps brands with T-shirts and hats.

"There's a lot that goes into it, but it's a labor of love," Kizzart said.

But for him, his love is split between work and sumo.

Kizzart started training in Los Angeles, where one of the largest sumo clubs in the country is. When he moved to Austin, he knew he needed to keep his passion going.

"Tonight, we have our Wednesday, what we call 'Hump Day Keiko,'" Kizzart said. "Keiko is sumo practice, and so we're gonna be going through a lot of different drills and techniques."

Every Wednesday and Sunday, a group meets for training – including people like Benh Nguyen.

"Sumo guys have always kind of drawn me in," Nguyen said. "Also because they're big but they also kind of based more on timing and technique."

Dark Circle Sumo starts off with drills to learn and get stronger.

"It's more of a push up through the body, trying to get their center of gravity high," Kizzart said. "That's what the second portion of class always is about is building our strength. And the third portion is gaining the knowledge and applying the knowledge in matches."

The goal is to spend the last third of the two-hour sessions in actual matches, practicing everything they've learned that day.

"A little more intense than I expected," Ngyuen said. "But at the same time, surprisingly doable."

Even though everyone at the practice is not in the same weight class, they work on techniques and get used to real competitions.

"You don't know how much full-body this is until you're down low trying to move another human being around," wrestler Ray Zombie said.

"If you find some kind of excitement in it, it's amazingly rewarding and you just want to keep on doing it," Ngyuen said

So while it may be tough, sumo is a sport that Kizzart is hoping to continue to grow. His goal: competing in nationals and hopefully taking home some medals.

This story is just one of many here in Austin. KVUE's goal is to share even more. If you have an idea for this segment, send an email to InOtherNews@KVUE.com.