From homeless to law school: This Dallas man is writing his own story

Kevin Lee wants to be a judge and fight for kids just like him who don't have permanent addresses. 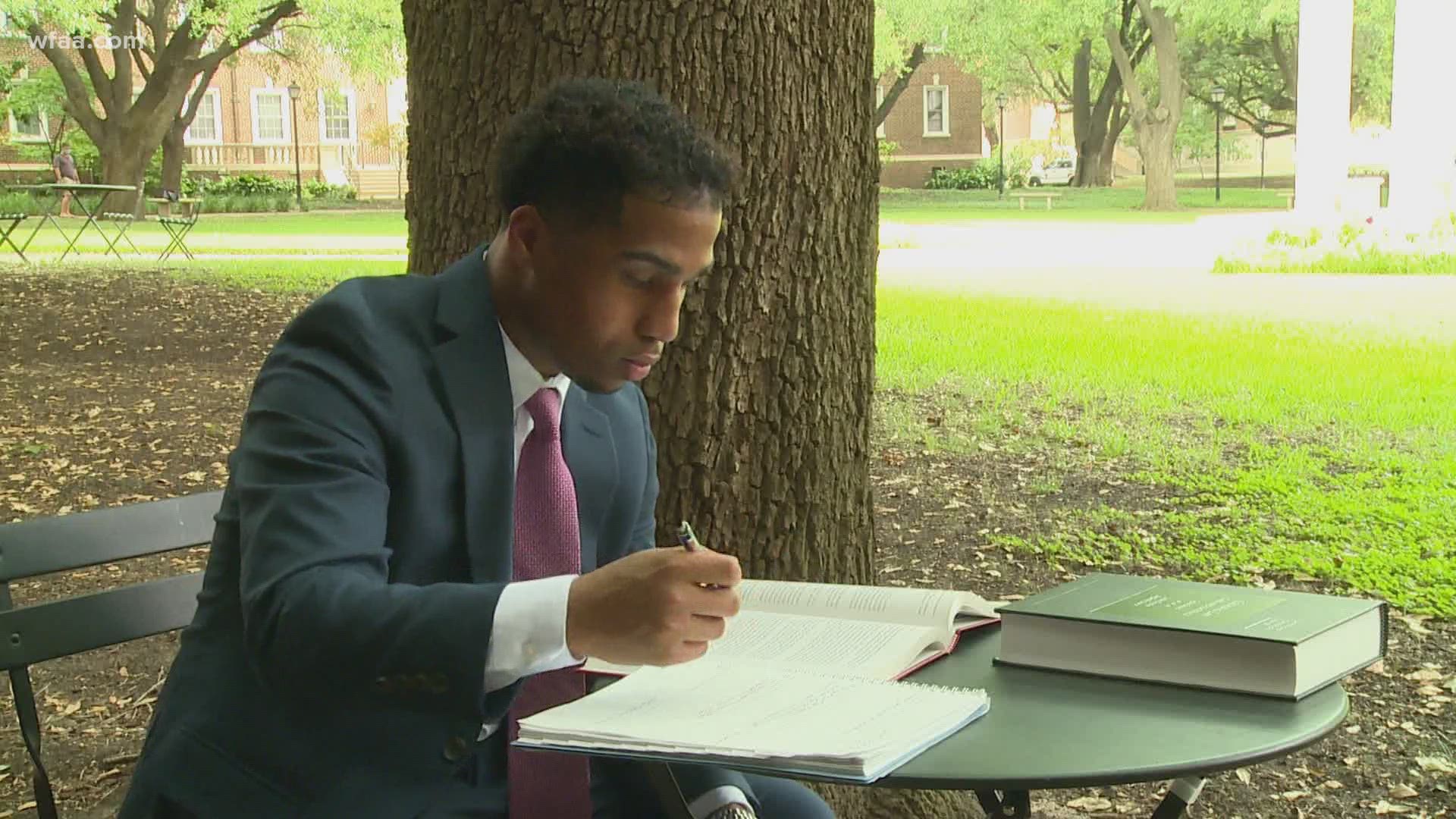 The newest law student at Southern Methodist University’s Dedman School of Law is also the most unlikely.

“Looking back and saying, ‘Wow, I was there, but now I’m here.’ Just imagine where else I can go,’” said 26-year-old Kevin Lee.

A few years ago, Lee was homeless.

After losing their house in Pittsburgh in a flood, Lee and his mom spent a year bouncing from shelter to shelter. Soon after, his uncle, who was his biggest role model, was murdered.

But when we first met Lee three years ago, he had far different things on his mind.

RELATED: The journey from homeless teen to scholarship law student

Lee says he was captivated by the movie “The Great Debaters,” which takes place at Wiley College in Marshall. So, after losing their home, Lee and his mom left Pittsburgh and headed for Texas, where he planned to pursue his dream of going to college.

Unfortunately, Lee says a lot of colleges won’t accept you and won’t even look at your application if you don’t have a permanent address to go home to.

Essentially, it didn’t matter that he was high school valedictorian if he didn’t have a place to live.

“When they told me no, no wasn’t always the right answer,” he said. “I just always believed that, ‘Hey, we’re going to get through this situation, and I’m going to come out stronger because of it.’”

Eventually, he learned about a government program that helps homeless kids go to college.

A friend told him about Paul Quinn College in Dallas. He enrolled, was elected class president and graduated at the top of his class with a degree in business management.

Now here he is, once homeless, studying law at one of the top colleges in the nation.

“Whenever you’re homeless, that’s your living situation, but that doesn’t have to be your frame of mind,” Lee said. “What matters most is when the doors are closed, when no one is watching, how you feel about yourself and you know in your heart what you have done.”

Lee says there are lot of kids in our shelters and on our streets who just need a chance.

For that reason, he eventually wants to be a judge, to fight for those who have been written off and show them that a promising future is possible.

“I wanted to be the person for those who feel like they do not have a voice. ‘Hey, I am your voice,’” Lee said. “I look at it and I say, ‘Hey, if I can get through anything that life throws my way, I can make it anywhere.’”

Which is why, whether he becomes a judge or not, he’s already honorable.