Sunil Yadav was driving home when he saw an officer struggle with a suspect who was allegedly evading arrest. 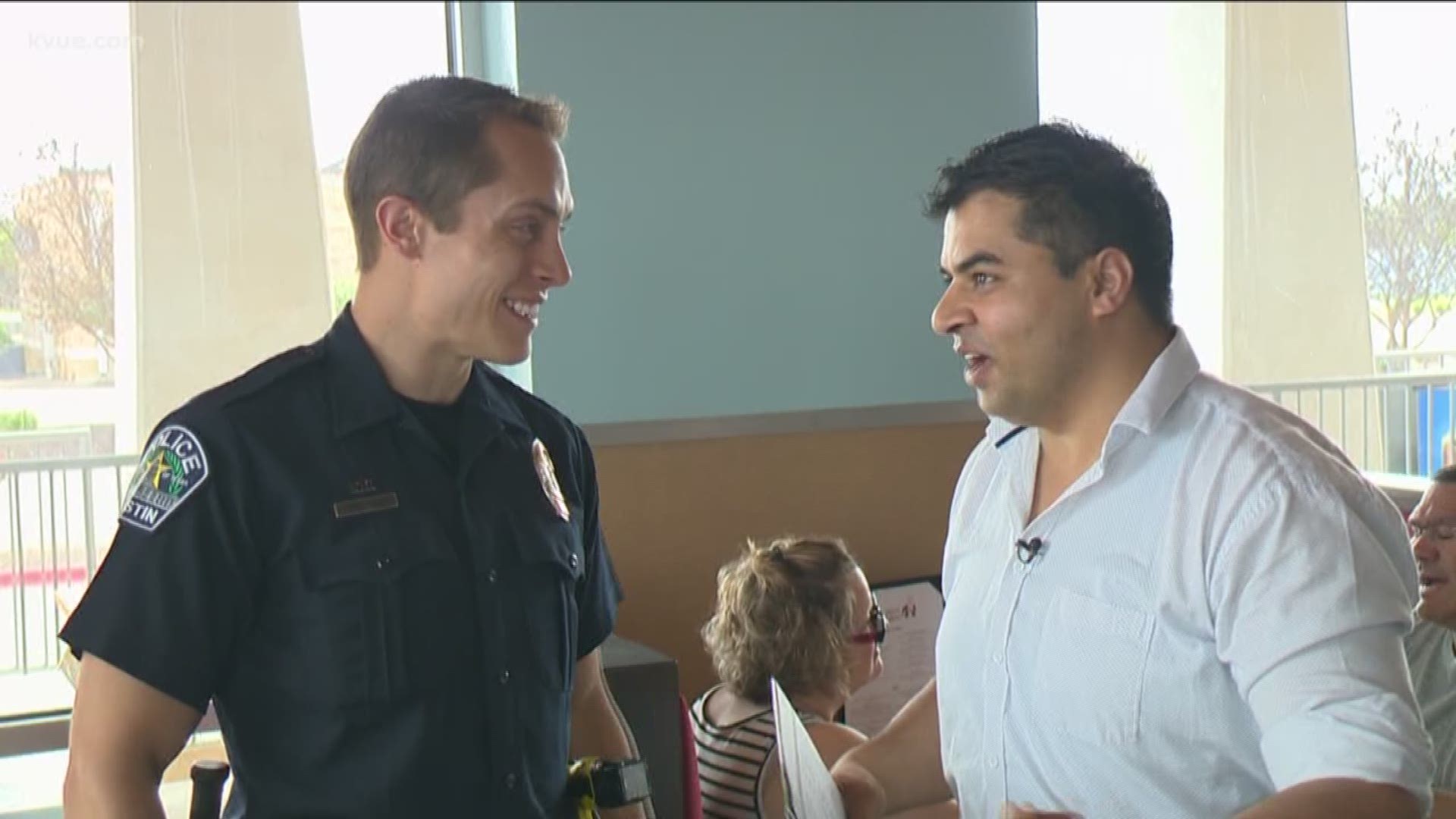 AUSTIN, Texas — Saturday was a busy night in the kitchen for Sunil Yadav.

It was a nice surprise, since he just opened his Indian restaurant, Jaipur Palace, less than two months ago in South Austin.

After closing around 10:30 p.m., he got another surprise.

Yadav was headed home, driving on Slaughter Lane when he saw an Austin police cruiser trying to stop a motorcycle, only Yadav said that motorcyclist was not stopping.

"And then he did not stop, but then he got to the stoplight, red light, and then he stopped and then right after that the officer got out very quick from his car and tried to hold him," said Yadav.

But that's when Yadav said the motorcyclist, identified by police as Jared Selman, took off again.

"I was already within arm's reach and, while he was in gear trying to drive away, the tire was rotating and squealing against the ground," he said. "I was able to stay on my feet and shuffle-walk with him so I had a good base to try to pull him off."

In the meantime, Yadav jumped in to help.

Something Officer Beirkowski appreciates, especially after the spike in crime over the weekend.

"It could have been a lot worse," said Officer Beirkowski. "In a lot of situations, when it's just one officer and one suspect, a citizen helping out could be the deciding factor, and I'm very grateful that Yadav, rather than pull out his camera and start recording, had the wherewithal and willingness to help an officer."

The two met up again on Tuesday at Yadav's restaurant, this time on less stressful terms.

Yadav said helping an officer, or anyone else in need, is something he would do again.

Selman was charged with evading arrest.

Police to review Austin shootings with SXSW, provide details on each incident