Time is ticking for Open My World Therapeutic Riding Center as staffers seek a new property. 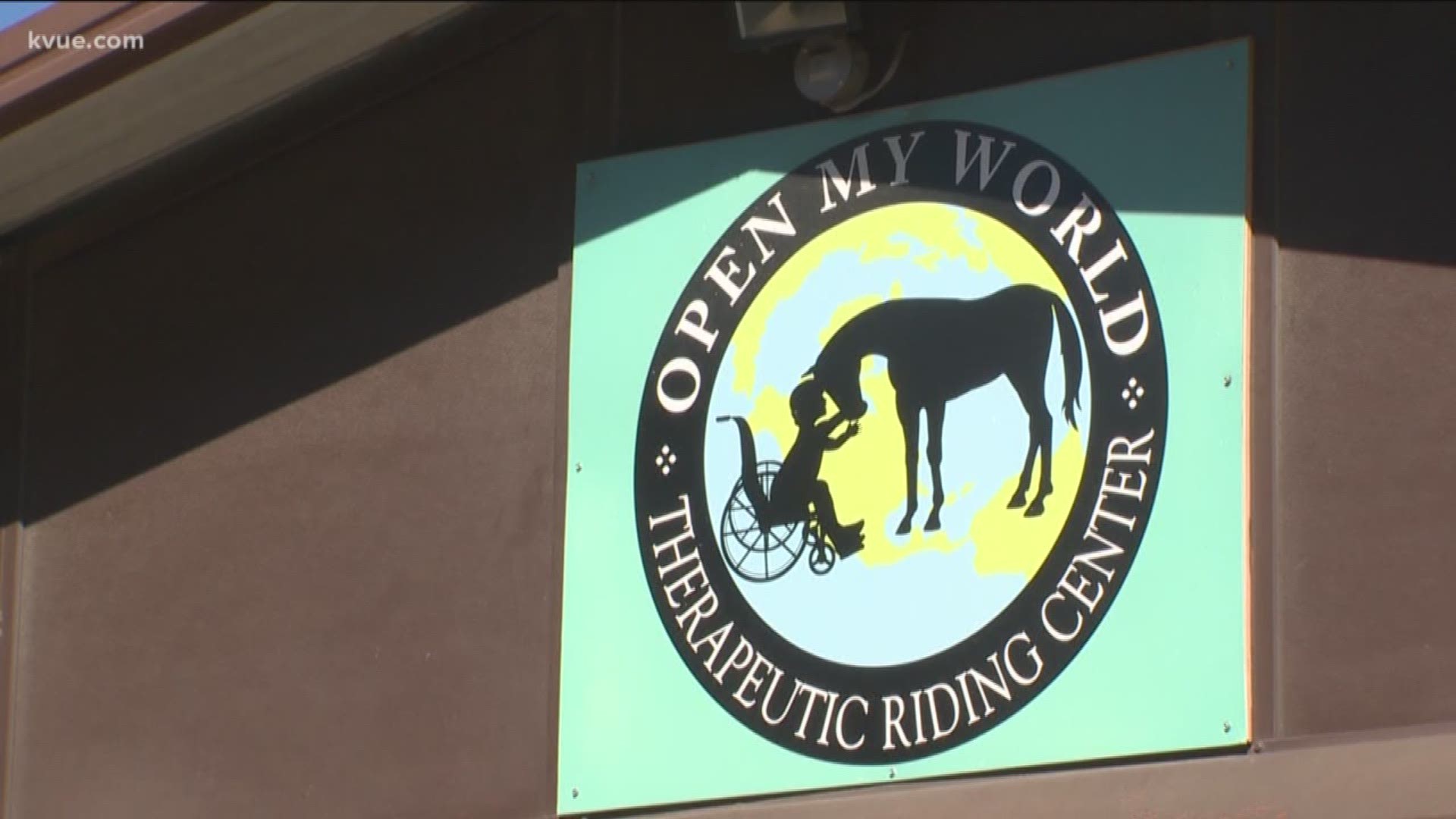 AUSTIN, Texas — If 19-year-old Adeline Unger had her way, she would saddle up every day.

Her family discovered the Open My World Therapeutic Riding Center in 2012.

And the center has changed Adeline's life.

"I'm a horse whisperer when they get scared," Adeline said.

She's a senior at Vista Ridge High School, and she plans to show animals when she graduates in May.

She told KVUE that when she's riding horses at the center, "it kind-of makes me happy. A lot."

But, it doesn't just make Adeline smile. It helps her, too.

"She has epilepsy. It was very severe when she was younger, and it caused a lot of permanent damage and so, when she was little, she really couldn't walk very well. She fell down a lot. All of her muscles were very weak," Hollie said.

But it's not just Adeline that the center helps.

Every week, up to 70 adults and kids with disabilities receive equine therapy from Open My World.

But that may soon change if the facility doesn't find a new home.

The nonprofit's board president, Kevin Lancaster, said they have a month to find a new property.

But what's harder is raising funds to build a new arena.

"It allows for us to utilize the children to do their therapy during hot weather, during rain. And when that's not available, the children can regress during that period of time," Lancaster said.

The facility, which isn't usually open on Sundays, was full this weekend.

Parents and staff showed up because they wanted to show their support.

They all said Open My World isn't just a therapy center -- it is everything for these children.

It's a riding center that has changed lives. And parents and staff hope it can continue that mission in a new home.